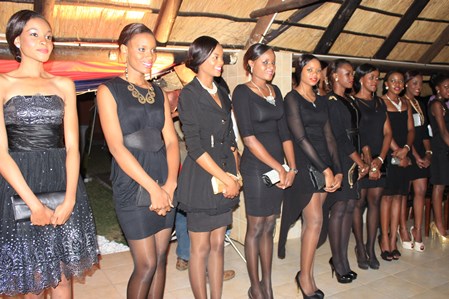 AMONG the duties of the lady who will be crowned Miss Zimbabwe Pageant this weekend will be that of wildlife and conservation ambassador.
The pageant has faced challenges in the past years, chiefly financial.
The event was last held in 2012 and won by Bongani Dlakama.
The Miss Zimbabwe concept began in 1980 when it changed from Miss Rhodesia.
The first Zimbabwean queen was Shirley Nyanyiwa who went on to do well on the international stage flying the country’s flag high. Nyanyiwa, at Miss World wore a crochet dress designed by Kiki Divaris and was voted the best dressed contestant.
And another beautiful lady, Angelina Musasiwa, in 1994, put on a sterling performance on the ramp coming fourth in the international pageant, Miss World.
And organisers of this year’s event are confident that the girl will do well.
National chairperson of Miss Zimbabwe Trust, Mary Chiwenga said this year’s pageant will be classy and strictly by invitation.
“This year’s pageant will be classy and strictly by invite for the 450 invited guests at Mabvazuva Lodge,” she said.
“The rest of Zimbabwe will watch the pageant on national television.
“It is going to be a black tie event in which we expect people to dress up for the occasion not dress down.
“The event will be a tented event and different in that it will be a corporate event in which dinner will be served along with entertainment.
“Our guest of honour will be the Minister of Environment, Water and Climate Saviour Kasukuwere and the winner of the pageant will be the Brand Ambassador for Environment and Conservation.”
Chiwenga said the Miss Zimbabwe Pageant 2014 features local designers.
“The places we chose for the girls to tour support the Zimbabwe Agenda for Sustainable Socio-Economic Transformation (Zim-ASSET) and our theme is ‘Taking Zim-ASSET to greater heights’,” she said.
“Designer Spiro Vilioti who is a Zimbabwean designer who studied at a Greek design school and is based in South Africa will dress the finalists in evening wear. “He will also dress the winner for the Miss World pageant.
“A local designer Chichi Chidhakwa will also dress the Miss Zimbabwe finalists in ethnic wear.”
Pamela Hakunavanhu, the vice-chairperson of the trust, said all the girls who went into camp have been well groomed for the event.
“The girls have been in camp since May 26 and have been groomed in modelling and teaching them more about Zimbabwe,” Hakunavanhu said.
“They have been on tour of Eldorado Farm, Savanna Tobacco, Freda Rebecca Mine in Bindura and Victoria Falls.
“They have familiarised with the mining process, agriculture and tourism in Victoria Falls.
“Even if the other girls do not win the pageant, they have learnt a lot of things about their country and etiquette.
“They now know clothes to wear for various events; time management and the winner will do charity work during her year of reign and will be an ambassador for Environment and Conservation.”
Wildlife conservation has taken centre stage in recent times especially since after the cyanide poisoning of over 100 elephants at Hwange National Park last year which also resulted in the death of many other species.
Environmental stakeholders have since set up the Wildlife Ecological Trust whose main objective is to combat poaching and set up anti-poaching mechanisms to help safeguard the wildlife heritage of Zimbabwe.
The winner of this year’s pageant will represent Zimbabwe at the Miss World on December 14 in London.