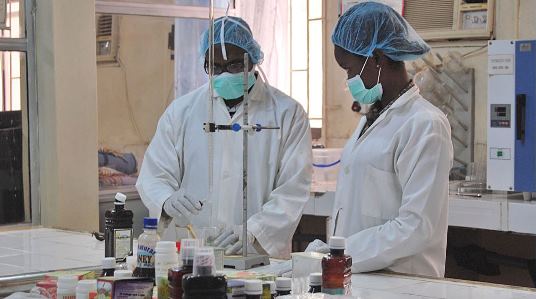 IT is a known fact that Africa Day celebrates African unity as embodied by the African Union (AU) which was born as the Organisation of African Unity (OAU) on May 25 1963.
Its overriding principle was African unity, ownership of its own resources and liberation from colonial oppression from Western countries.
This year marks the 53rd anniversary of the formation of this esteemed gathering and a lot of memories are evoked.
Most of these are quite sad as the entry of whites into black people’s lands brought about great suffering.
Closer to home the sad stories continue to be in our memories and beg for reparations from the perpetrators.
The story of Sarah Baartman, removed from her native home in South Africa and made an object of the most obscene racial and sexual abuse, physiological and physical; the removal of the BaTonga people from their lands to tsetse-infested and barren land to make way for the construction of Kariba Dam in the early 1950s; the genocide of the Herero people of then South West Africa (Namibia); the story of the Masai of Kenya who were pushed from their pastoral lands; the San of the Kalahari Desert who lost their traditional hunting lands as well as the enslavement of Africans from Mozambique by the Portuguese are some of the sad incidents perpetrated by former colonisers which deserve to be mentioned as we reflect on Africa Day.
Purely out of greed and prejudice, black people have been demonised and used as slaves by whites.
The desire to control the blackman’s land and natural resources was enough justification for this enslavement.
The superiority of the whiteman is still presented as God-given and the blackman was created to serve the whiteman.
Up to this day, Africans have remained humane enough despite the genocide, brutality and enslavement that was unleashed upon them by these white people.
Despite these and other atrocities perpetrated against the people of colour in Africa and elsewhere in the world, we still have the same ‘devils’ in our midst and they are still trying to do the same things they did over centuries ago, but this time through our own African brothers and sisters who are now used to advance this colonial agenda, especially on the vulnerable tribes of our continent.
As we celebrate Africa Day we should ask ourselves: What are the implications for indigenous or place-based cultures facing the imminent and gradually destructive processes of global political, economic changes and the effects of climate change?
There is a significant amount of literature that suggests the most vulnerable, natural resource-dependent groups of Africa will disproportionately experience the harmful effects of these calamities.
Less developed African countries and their indigenous populations are largely agricultural, dependent on the land for subsistence and economic livelihoods.
As Africans we should be able to go back to our roots and promote the use of indigenous knowledge systems in promoting the well-being of our people so that we are less dependent on the Westerners for medicines, agricultural implements and drought mitigation.
Traditional knowledge in Africa is the wisdom, knowledge and practice of indigenous people gained over time through experience and orally passed on from generation to generation and has over the years played a significant part in solving problems, including those related to weather and variability.
Indigenous people who live close to natural resources often observe the activities around them and are the first to identify and adapt to any changes.
As Africans, we continue to be told by former colonial masters that we are more vulnerable to environmental problems and climate change despite the fact that we are less contributors of pollutants that are affecting the atmosphere and the ozone layer.
We are more vulnerable because they think we lack the technology.
Africa has the best medicine men and women who are capable of developing cures for different sicknesses afflicting the continent yet the very white people who exploited Africans for years are busy harvesting our herbs and tubers, developing them into modern medicines and patenting them at the expense of millions of Africans who are later forced to procure these drugs at exorbitant costs.
As victims, we are potential agents of solutions, leadership, wisdom and untapped contributions to Western science if only our indigenous knowledge systems are recognised and it is our role as Africans to push for this agenda.
Many African communities are potential libraries of ethno-botanical information and can make invaluable contributions to conservation policy by sharing taxonomic knowledge and ecosystem management approaches.
Such African communities are in a position to provide much-needed innovation in the fields of biotechnology and modern medicine – information that could perish with certain vulnerable plant species, language or diminishing cultural practices.
Those place-based African people, who have historically dealt with regular climatic disturbances in relatively harsh environments, can also suggest innovative agricultural techniques that can bolster food security – one of the major problems facing many African countries.
The exchange of sustainable technologies between African countries and regions with similar agro-climatic and socio-economic conditions would provide support for farmers coping with similar disturbances.
African values such as respect, sharing, reciprocity and humility characterise systems of traditional ecological management that seem to operate sustainably in many contemporary communities including American, aboriginal, African and Pacific Island-groups.
Generally, African indigenous peoples have sustained harmonious relationships with the landscape for millennia.
By putting into practice ecological knowledge embedded in their cultures, they have many times actually increased local biodiversity.
As we celebrate Africa Day, the need to collect and disseminate these traditions with proper compensation for such knowledge is urgent.
Western globalisation has prompted the urbanisation of younger African generations and the death of elders means critical indigenous knowledge may be lost forever.
It remains to be seen whether African countries can combine resources quickly enough to expose and mitigate inequalities resulting from past injustices.