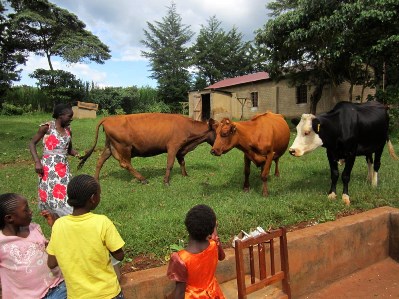 I HAD a long discussion with my muzukuru, Nzou, on my last week piece on marriage among some Shona communities at the start of the 20th century.
Nzou felt the piece was incomplete and should proceed to link the meanings and symbolisms with the same practice today.
I told him that while the meanings and symbolism were very clear then, marriage today has lost original meaning and significance.
Marriage of old times was steeped in Mwari religion and Bantu cultural symbolism.
In old times marriage was a process that started with courtship and ended with masungiro.
Courtship then was a marriage proposal.
Today courtship is a sex proposal.
Today marriage means a Christian wedding preceded by a commercial transaction.
Traditional marriage cannot be understood outside traditional religion and Bantu culture.
The Shona, like most Bantu, are very much children of the soil, vana vevhu.
Our culture is a celebration of that attachment to the soil.
Our protocols to Mwari are a celebration of soil and human fertility.
This celebration was very evident in the form, character and timing of key ceremonies and processes like kurova guva, kutamba bira, kuroora and mukwerera.
To this, fire, ashes, chikuva, cattle and beer had symbolic significance.
In traditional marriage, rutsambo took the form of a hoe (badza) and bead strings chuma.
In Shona grammar rutsambo is derived from the term ‘shambo’ for reed bangle, an ornamental and protective object.
When the father-in-law accepted the hoe he was reaffirming generational attachment to soil fertility which fertility made it possible for the bride to ‘ripen’ and be asked for her hand in marriage.
The hoe and soil tilling are among the attributes that best describe the establishment of Bantu culture in East, Central and Southern Africa.
The chuma or ‘shambo’ was a mark of beauty and female fertility.
In accepting and wearing chuma, the girl is acknowledging, before her father, that she is ready to play her part in procreation.
It was also an acknowledgment of having been ‘ring fenced’ for the groom. Rutsambo was a fertility conversation between father and daughter.
It was the equivalent of Western engagement.
Today rutsambo is no longer a conversation.
It is a commercial demand for compensation.
Usually rutsambo has become an exorbitant financial figure, several thousand dollars, that has now been given the status of ‘the’ roora.
The bride and aunt no longer play a role in the act of kutambira rutsambo.
Chirango chaambuya consisted of bakwa rehuni and fodya/bute.
This was a show of gratitude to aMbuya and her ancestry for the home fertility in the form of food and daughters.
Fire generates heat, a key ingredient in the making of babies and food.
Bute brought us closer to the spiritual realm.
Today we have grocery, mapfukudza dumbu, rambe, rukukwe and bako refodya. Although meaning may be lost these, however, on closer scrutiny, relate to female fertility and ancestral worship though today’s recipients maybe only interested in the cash value.
Chirango chababa consisted of land preparation for planting.
This took form of fencing fields and tillage.
It was meant to show the groom’s industry and respect for his in-laws.
It was also acknowledgment of supremacy of agricultural production among these people of the soil.
Soil fertility could not be separated from human fertility, marriage and spirituality.
In old days danga, cattle herd, was the real deal, pfuma or roora.
Bride could not be handed over until this was paid.
The number of cattle was based on anticipated productivity of the girl.
Each beast represented an anticipated grand-child.
If daughter was a weakling father could demand say three beasts, nine beasts usually representing the maximum children a woman could possibly give.
Danga of more than this meant the father-in-law looked forward to more of his daughters joining their sister in this particular marriage.
Consummation of the marriage was immediately followed by the maputi/matyorwa ritual in order to avoid father-in-law breaking his back, kutyoka musana.
A goat (famed for its virility), loin cloth, kutyoka musana, doorway and kitchen were all full of sexual/reproductive innuendo.
Maputi, popping sounds of grain, could both symbolise heat and fertility at human and land level, the latter linking with rain’s thunder and lightning.
Avoidance of back breaking ensured that men continued to work the field and remained sexually re-productive.
Today matyorwa is no more; otherwise our backs would break severally before marriage!
Masungiro took place well into advanced stages of pregnancy.
This was a celebration of fertility and also a show of gratitude to the female ancestry for upcoming fruits.
Use of goats was again an affirmation of new found virility and fertility.
As the goats multiplied so was the expectation for similar blessings on the couple. Masungiro was also an act of temporarily handing back the expectant mother to her people.
First pregnancies were and are still risky.
They were best handled by the expectant’s mother.
And in the event of complications and embarrassing confessions, this was better managed in the girl’s family.
Today masungiro is an optional goat meat party.
The above cultural erosion has happened under the watch of chiefs, custodians of our culture.
Happy deliberations madziMambo during this year’s annual conference!