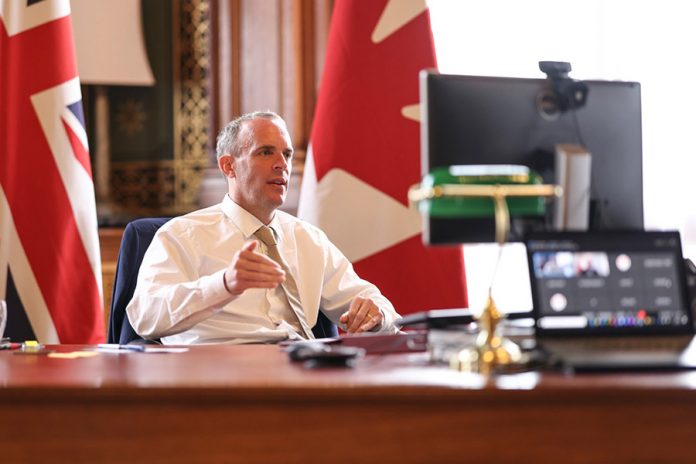 THE fall-out from the chaotic departure from Afghanistan of military personnel of the US and the North Atlantic Treaty Organisation (NATO) in late August 2021 has exposed glaring weaknesses and contradictions in neo-liberal assumptions about the role of media in society.

This is so to the extent that one can even allege that perhaps the most important story about the US-NATO pull-out from Afghanistan in August 2021 is the media story.

But since the media have generally been spoilt through their being presumed to be detached watchdogs of society and ‘defenders’ of human rights and democracy, they cannot, and they won’t, report on their own role in the Afghan debacle.

Neo-liberal assumptions about the role of media

He defined the ideal role of a good old fashioned newspaper which is worth citing here:

“A good newspaper is fair.

It is accurate.  It is responsive to its readers and its society.

It is cleanly and simply written.

It has a strong sense of (social and historical) context. A good newspaper’s coverage of its own community is thorough, sensitive and respectful – but clear-eyed.”

For Africa, the fall of the former Soviet Union created neo-liberal euphoria among Western donors who moved in to sponsor thousands of publications and organisations focusing on the presumed linkages between media freedom and such virtues as democracy, accountability, transparency, good governance, participation, rule of law and respect for fundamental human rights.

In the donor-sponsored Handbook on Journalism Ethics: African Case Studies, (published by the Netherlands Institute for Southern Africa (NIZA) and the Media Institute for Southern Africa (MISA), Dr S.T. Kwame Boafo took the innocent, naïve and linear view of the media when he sought to have readers assume that a ‘free and independent press’ as well as ‘the free-flow of information’ characterised Africa after 1989 and contributed to good governance which he defined as including the following:

(a) Accountability: it is contended that good governance requires accountability by public officials, both elected political leaders and civil servants whose public functions must be guided by and geared towards serving societal and communal needs and interests.  These include the allocation of public funds, providing for the safety and security of citizens, and the equitable pursuit of economic well-being for society;

(b) Transparency: good governance requires transparency in public procedures and decision-making processes, which, in turn, entails access to and provision of reliable and accurate information;

(d) Rule of law: this implies a fair and even application of law, without prejudice, to all members of the society;

(e) Partnership between public and private sectors; and

(f) Respect for fundamental rights of human beings as recognised in the Universal Declaration of Human Rights and the African Charter on Peoples and Human Rights.

The equally donor-funded report by the Human Rights Trust of Southern Africa (SAHRIT) titled Media Report: Reporting Corruption in Southern Africa assumed an equally linear approach and functionalist role for mass media in that it failed to ask the sort of questions which S.T. Kwame Boafo also failed to address before accepting the claim that mass media services and journalists are watchdogs helping to fight corruption by demanding accountability and transparency in social institutions.

These studies focused on print media.

But the same neo-liberal euphoria also characterised statements on the supposed virtues of digital media:

According to Mark Slouka (1994), the revolution of the new digital millennium was launched at the White House in Washington DC by the then Vice-President of US, Al Gore, who was one of the leading digirati of the world, in January 1994.

“(The Vice-President) traded his politician’s shovel for a modem and symbolically broke ground on the new data highway:  He held the first interactive computer news conference…The glitches were minor, the VP was able to ‘…preach the techno gospel…’ to ‘…the electronic supplicants trooping into the White House’, as Peter Lewis of the New York Times put it….”

Significantly, Slouka recognised the same link between linear technology today and the religion of the one jealous god who does not tolerate other gods but requires all his followers to walk the straight and narrow path to salvation.

As I shall demonstrate later, neo-liberal capitalism is today being treated and marked as the new straight and narrow path to economic salvation.

But what was even more significant was Slouka’s paraphrase of Al Gore’s speech which echoed the mood of the cyberati, at the time, who were saying:

“…that universal access to information would empower the weak and hamstring the tyrants of the world; that, thanks to the wonders of digital communication, the meek would finally inherit the earth.

“Blessed are the poor in data, for they shall have universal service… The data highway, we were told, marked the dawn of a new day for humankind; it was a wonder, a miracle, sure to …elevate the human spirit and lead to the solution of social problems… it would promote economic growth, foster democracy, and link the people of the world, bathing us all, willy nilly … in the warm milk of human kindness. One world, one love.”

After the January speech in Washington DC, the US Vice-President took his message to Buenos Aires, Argentina, in March 1994, where he repeated a similar theme, saying:

“We now have at hand the technological breakthroughs and economic means to bring all the communities of the world together.

We now can at last create a planetary information network that transmits messages and images with the speed of light from the largest city to the smallest village on every continent.”

The US-NATO invasion of Afghanistan took place (2001) after the on-set of what one might call the digital millennium.

Instead of leading to hard-nosed examinations of changes in the actual conduct of the media in relation to neo-liberal assumptions about the role of the same, digitisation led to even more grandiose claims about the roles of journalism and the media in society.

One way in which the collapse of journalism can be demonstrated using the case of Afghanistan is to contrast the story of the US-NATO pull-out in August 2021 with the US pull-out from Vietnam in 1974.

In 1974, there was an anti-war movement in the West which did not just oppose the US invasion of Vietnam but also articulated different visions of future society, so that anti-communist liberal ideology was seen as only one ideal against others.

In the case of Afghanistan in 2021, the US-NATO pull-out is pictured almost as if it were the end of the world.

In the journal called Policy Futures in Education, Noah De Lissovoy published an article titled ‘Pedagogy of The Impossible: Neoliberalism and The Ideology of Accountability’.

The author found it contradictory that neo-liberalism as a philosophy and ideology rhetorically puts much emphasis of diversity, pluralism and variety; and yet at its core it harbours the fundamental assumption that it alone is the only workable social, economic and political system. There is no alternative (TINA)!

The late former UK Prime Minister Margret Thatcher is accepted globally as one of the most important movers of neo-liberalism as a global force and yet she is also known as the most fanatic prophet of TINA, the doctrine that ‘there is no alternative to neo-liberalism’!

“This ideological construction (of neo-liberalism) has led to a present in which an increasingly polarising capitalism, in spite of the inequalities it produces, is generally understood to be the only possible form of organisation of society.

Capitalism, in its neo-liberal moment increasingly institutes itself as coequal with reality itself, so that to imagine alternatives to it is seemingly to lapse into delusion.

Rather than presenting itself merely as the superior economic and social model against competing alternatives, capitalism now presents itself as the only conceivable form of life – an ideological condition Mark Fisher identifies as ‘capitalist realism’.

Beyond opposing arguments for other economic and social models as unrealistic, this felt sense of the inevitability by capitalism suggests that such arguments for alternatives are incompatible with any reality.

This is so even in spite of (or because of) the acceleration of inequality and social fragmentation that neo-liberalism, as the enhanced and aggressive form of contemporary capitalism generally takes (and) increasingly produces.”

The second way in which public and investigative journalism can be shown to have collapsed is the surprise, especially among allies of the US, at the overnight disappearance of what had been dubbed the Government of Afghanistan with an army of 300 000 soldiers, according to US President Joe Biden’s public statement on television on September 2 2021.

Indeed, on September 1 2021, British Foreign Secretary Dominic Raab admitted that Western intelligence services had advised their governments that the so-called Government of Afghanistan would last long and resist the Taliban to enable US-NATO forces to handover the whole country to a friendly civilian government instead of handing over power in a hurry to the demonised Taliban.

A question one is forced to try to address in order to explain the failure of public journalism demonstrated by the coverage of the Afghan war is: What are the forms or features which the collapse takes?

These features are not necessarily itemised in any particular order, as follows:

The Western media ignore this paradox.

Was the freedom fought for, indeed, just freedom to seek asylum in the West?

The former made the 1970s Vietnam debacle much less surprising than the one in 2021.

But instead of an anti-war movement and anti-war narrative providing an alternative to the Afghanistan story in 2021, there is a massive anti-immigrant movement and narrative which the major Western media ignore.

Yet that anti-immigrant movement, together with former US President Donald Trump’s anti-immigrant wall across the US Southern border with Mexico, clearly contradict the same media’s presentation of the entire West as a welcoming, ideal home for the Afghan defenders of ‘freedom’.

This lesson was lost and it represents what de Lissovoy called a ‘pedagogy of the impossible’.

Branding has emerged as the most prominent feature of Western television, the media-brand being the neo-liberal propaganda of commodities. 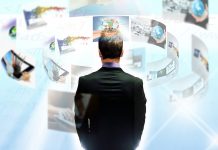 Afghanistan and the collapse of conventional journalism: Part Two…some causes of the drastic changes in journalism

Let’s dig deeper into our history

ZIFA to blame for Loga fiasco