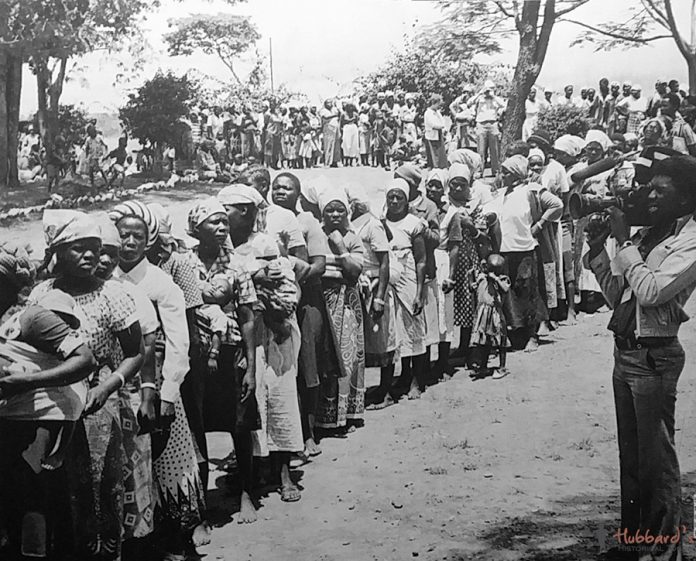 THE Museum of African Liberation, whose site President Emmerson Dambudzo Mnangagwa will soon be dedicating, will gain the intended resonance among the people only if we surround and dress it up with history, language, literature and the many other forms of African memory, story-telling and expression.

The African continental election of Zimbabwe to host this belated centre of memory and African transformation is consistent with the proud fact that Zimbabwe, at its independence, was one of the few countries on the continent to conceive, design and build a National Heroes’ Acre surrounded nationwide by provincial and district Heroes’ Acres in honour of those who sacrificed their lives for the freedom of all Zimbabweans.

The Museum of African Liberation, therefore, will be first and foremost a form of communication where past African struggles and victories point to future challenges, setbacks, breakthroughs and victories.

In the specific case of Zimbabwe, one can take just two words which have endured the growing and sponsored oppositional hostility to the legacy of African liberation.

For me the two words are ‘comrade’ and ‘povo’.

There are many others like ‘central committee’, ‘politburo’, ‘cell’ and ‘base’ which today form part of the liberation legacy.

But it helps this analysis to focus on ‘comrade’ and ‘povo’.  ‘Macomrades’, in one sense and at one time, referred to the trained and disciplined youths who left the country (Rhodesia then) for foreign military training and returned to join peasants (povo) through the institution of the pungwe.

The pungwe was a form of dariro transformed from its entertainment and performing arts function into its ideological and revolutionary conscientisation function.

The words ‘comrade’ and ‘povo’ on the ground in Zimbabwe represented the two main drivers of African liberation.

The challenge for the curators of this Museum of African Liberation today will be how to tell, through artefacts, the truth of the critical relationship between the ‘povo’ and the ‘comrade’. This ‘comrade’, as trained cadre, will be impossible to exclude or to erase from the museum.

But the ‘povo’ and their role are easily forgotten.

They are the sector who, since the beginning of colonisation, have provided the bedrock of African liberation.

Their central role in liberation is hard to commemorate outside the relationship they forged with the comrades.

It was the most feared relationship among the settler-forces deployed to suppress the revolution.

That relationship forced the colonial regimes and their Western backers to take the language of the povo seriously, to train the settler-regime’s soldiers and agents in the language and cultural practices of the povo in order to prolong the life of the settler-project.

So, it will be interesting how the Museum of African Liberation will capture, for future generations, the ‘povo-comrade’ relationship which, in printed form, can be found in such books as David Lan’s Guns and Rain and Julie Fredrikse’s None But Ourselves: Masses Versus Media in the Making of Zimbabwe. These publications tell us that African victory over white settlerism arose from African culture.

We find them on the land, mundau, munzvimbo, where the people live; we find them in the pungwe as revolutionary institution.

The pungwe in the liberated zones was meant to be the prototype for the new Zimbabwe curriculum.

When the Constitution making process, which preceded writing of the current Constitution started, it recognised this pungwe by organising a nationwide outreach programme encouraging the people to re-enact pungwes in their villages and to use their tsika, mhiko, miteuro nezvirango zvendau in order to shape the new supreme law of the land.

The people responded in their own languages, the same languages now recognised in Sections Six and Seven of the new Constitution.

But ZANU PF, as the revolutionary party inheriting the pungwe institution, made a fatal mistake.

In most countries, it is the people’s philosophers who design and write Constitutions.

ZANU PF should have deciphered the people’s Constitution from Chimurenga as African Living Law.

What came out was not only anti-pungwe, but also illogical.

So, as we break ground for the ‘Museum of African Homecoming’ (my name for it), it is important to remember how the white settler-regime of Rhodesia responded to the impending victory of African Living Law as embodied in the liberated zones and the pungwe institution.

Rhodesian Minister of Foreign Affairs P. K. Van der Byl, on January 12 1979, remembered that the US was founded on the anti-pungwe principle of white progress as escape.

The North Americans were the most successful anti-native invaders who killed off most of the owners of the land (vandau) and permanently placed the survivors on ‘reservations’ which Ian Smith called ‘Keeps’ or ‘Tribal Trust Lands’, while Verwoerd and Botha called them ‘Bantustans’.

Of all powers on earth, the North Americans would definitely understand the plight of white Rhodesian settlers threatened by a povo revolution based on tsika, mhiko, miteuro nezvirango zvevanhu.

So, Van der Byl penned an emergency appeal which went to the US foreign relations committee (chaired by Senator Jesse Helms) which had a Sub-Committee on Africa which supported UDI and apartheid.

Van der Byl’s strategy was to make the African pungwe and revolution an abstraction and a cliché, the very opposite of the people-based and people-grounded movement which it was.

“The attacks which are presently being mounted on Rhodesia, a Christian nation, are by terrorists trained and supported by Anti-Christian Communists.

Determined to root out and destroy Christianity wherever it is found, theses terrorists have targeted many of their attacks on innocent missionaries and their families in Rhodesia.

The future of Christianity in Rhodesia will largely be influenced by the actions of the United States Government in supporting the majority rule Government of Rhodesia.

As a fellow Christian, who with others is trying to stem the onslaught of our mutual Marxist enemy, I appeal for your support in this critical hour.”

The pungwe-rooted revolution of Dzimbahwe was presented as an alien and unrooted communist-terrorist intrusion into a tranquil white outpost called Rhodesia.

Those who have read The Uprooted: The Epic Story of the Great Migrations that Made the American People, by Oscar Handlin, will understand that Van der Byl’s appeal represented one rootless British offshoot (Rhodesia) appealing to the most successful Anglo-Saxon offshoot (North America.)

These people do not only celebrate escape and denial of history as a permanent condition; they are hostile to homecoming and the pungwe.

They fear the Murenga-Chaminuka-Nehanda legacy because it celebrates the space-clearing and land reclaiming bodies that we find in so-called Shona sculpture which preceded the African land reclamation movement of the Third Chimurenga.

The Rhodesians fancied themselves colonising an empty land before naming it Rhodesia and that is what they liked to paint.

No matter how black Barack Obama, Michelle Obama, Naomi Campbell or Lupita N’yongo might be, no matter how their success might be celebrated as so-called breakthroughs, ‘for all black people’, they could never be like Mbuya Nehanda, Sekuru Kaguvi, Mapondera, Chingaira, Bambata or Queen Nzinga.

Mbuya Nehanda and other African ancestors are all land-clearing, space-claiming bodies and spirits who died while reclaiming their space, their land.

The rituals, protocols and ceremonies of the White House are those of land thieves who have committed genocide three times in living history; the first time by massacring native Americans and putting their survivors in ‘Keeps’; the second time by engaging in the slave holocaust, stealing Africans in millions and enslaving them after taking them through a genocidal ‘middle passage’ across the Atlantic; the third time by dropping atom bombs on the crowded cities of  Hiroshima and Nagasaki.  The US, therefore, does not represent a paragon of human rights.  The US represents the most successful deniability of genocide; the best sanitisation of brutality through glossy media and digital technology.

All this history means the Museum of African Liberation must include stories of the povo in struggle as well as the impact of US sanctions on the same povo after independence.