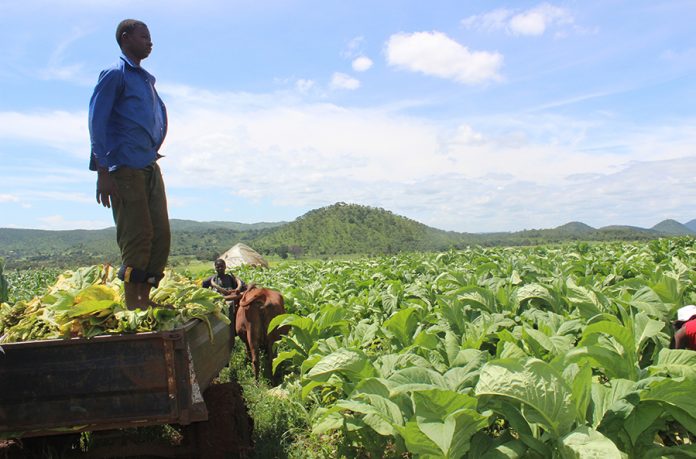 IN previous instalments I pointed out that one of the paradoxes of the 2010 Supreme Court judgement on ‘land reform’ and compensation in Zimbabwe  was that it appeared to have settled the matter of who owed what to whom and how on land at the end of the Second and Third Chimurenga;  when in fact that decision helped to shift the African land question and mindset from collective (national) reparations to individual compensation for those with title deeds.

Indeed,  as Zimbabwe was settling the individual compensation question in 2010, the reparations question was being doubly complicated through damage being inflicted on the recently resettled war veterans and peasants by the same British and their allies who had backed Rhodesian settlers in their war against the African revolution which eventually made ‘land reform’ possible.

In fact, the 2001  US sanctions decree called the Zimbabwe Democracy and Economic Recovery Act (ZDERA) can be read in context as strategically intended to defeat the recently resettled war veterans and peasants, in contrast to the mid-1940s and 1950s  when the World Bank with US support  financed the resettlement of white war veterans of the Second World War on stolen African land in the then Rhodesia.

British and other white war veterans were in the 1940s and 1950s compensated with Zimbabwean land for service to their empire against the German Reich.

But our war veterans have been punished with debilitating sanctions for daring to free their stolen land and resettling themselves and landless peasants on it.

As author and war veteran Mashingaidze Gomo says  via one of the personae in A Fine Madness:

African children must know that the bitterness, love, hate, joy, feuds, suspicions, affluence and poverty any people on this planet know today can be traced back into the past… That is where curses originate and that is also where heritage is anchored.”

So, we must educate our children against  our over-reliance on the English language, our reliance on the language of Roman-Dutch Law and about the fundamental difference between reparations and compensation.

White Anglo-Saxons rely on their language,  their overwhelming propaganda machinery in education, cinema, television and now cyberspace, to bamboozle Africans.

Where they know they definitely owe the people reparations, the West will insist on the language of compensation or personalised ‘human rights’ and avoid any reference to reparations.

And so, our Zimbabwe Constitution and current Global Compensation Agreement clearly avoid reparations but, as we go to Press, every other Western-sponsored UN resolution against Russia in Ukraine now is about reparations and many African countries are voting for such hypocritical resolutions without noticing the treachery in their complicity.

I challenge our readers to search the internet for the words ‘reparations’ or ‘Ukraine’ or ‘Russian war’ and see how many times the West has tried to prepare the world for demanding Russian reparations for Ukraine.

But the same readers will not find these NATO powers sponsoring resolutions to provide reparations for Vietnam, former Yugoslavia, Iraq, Libya, Cuba, Africa or Zimbabwe.

Alleged lack of statistics as an alibi

When pressed on the reparations issue, white racists often say that there is no basis for paying reparations because there are no numbers.

While it may be true that the numbers are not exact, the margins of error would actually benefit the debtors rather than the injured Africans.

If we take the Congo, what we now call the DRC, we know that this is the land that rescued Belgium from total annihilation by Hitler’s war machine in the Second World War.

Belgium used mineral and other wealth looted from Congo to establish and sustain a Belgian Government-In-Exile in Britain.

We know that the DRC is so rich that the West has sponsored perpetual war there for as long as the US has maintained a blockade on Cuba.

We know that Rhodesia under Ian Smith’s Unilateral Declaration of Independence (UDI) was so strategically important to Britain, the US and their allies that they made that colony an exception to UN sanctions and managed to bolster it against African insurrection for a whole 15 years of bitter war.

We know that the Commonwealth documented and quantified the cost of apartheid South Africa’s destabilisation campaigns against the whole Southern African region in a report entitled ‘Apartheid Terrorism’.

But where and when we were supposed to implement the 1973 Convention on the Suppression and Punishment of the Crime of Apartheid we ended up accepting donor funds to replace that convention  with a Truth and Reconciliation Commission as if the ‘truth’ was not known.

We ended up settling for an arrangement where Nelson Mandela was awarded the Nobel Peace Prize on the same platform and the same day as the representative of his jailors and tormentors by the name of  F. W. DeKlerk; and we have since acted as if the Nobel Prize was a substitute for reparations.

And we are not asking why NATO does not offer  Ukrainian President Volodymyr Zelensky and Russian President Vladmir Putin Nobel Prizes on the same platform instead of clamouring for reparations for the former against the latter.

The cost of 20 years of illegal Western sanctions against Zimbabwe can be quantified, but instead of reparations, we find the language of compensation for dubious ‘improvements’ carried out on our stolen land during the time we were dispossessed of it.