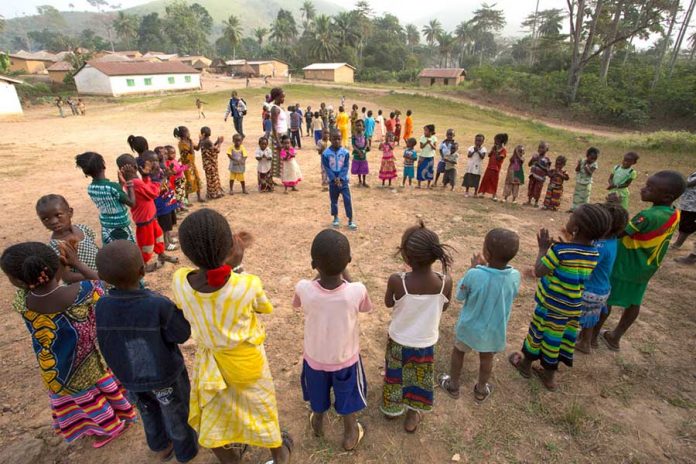 THE ego can be defined as the raw natural material of the human being from which the family and society (using relationships and institutional structures) draw elements with which to build that personality.

Personality is the sociable, relational human character which society moulds, building on features of the raw ego.

Failure by society to mould a strong personality may mean that the individual turns out to be egotistical and narcissistic.

In the 21st Century, the most visible and most notorious case of a person’s ego overwhelming personality and social/political function is perhaps the former US President Donald Trump.

His narcissistic antics became so overwhelming as to emasculate a whole Presidency and administration to the extent of almost succeeding in tarnishing a whole election, scuttling the smooth handover of power after an election.

Africans, from the very beginning of civilisation, designed the dariro, the call-and-response circle of performance and conscientisation, as a ubiquitous structure and instrument for harnessing egos in the quest to nurture sociable, personable and optimal personalities according to the values of the family and society.

They further elaborated their philosophy of personality and character by adopting totems and creating a social teaching system (ngano) based on animal characters.

Most of the stories were parables using animals as characters presenting the African celebration of the triumph of personality and character over egotism and narcissism.

Dariro as training for enhancing a sociable personality and character

The prototype for the African worldview is the dariro.

All this is meant to say the factory-like school or university requires an interdisciplinary dariro for civilisational learning for all students from all the specialties forming one community via the dariro.

What the dariro, as a relational model of education, implies is the melding of different texts and perspectives reflecting gender, age, totem, geographical position, academic discipline and family background.

These factors must converge in the name of hunhu, culture.

This analysis, therefore, is not against specialisation.

It is against lack of clarity concerning the purpose of specialisation.

It is against the failure to accept that the current crisis of education, innovation and production is that there is a premium put on profit which is far much higher than that put on human life, culture and the quality of livelihoods for all.

Depending on the number of students gathered and the space(s) available, the dariro can be reduced or enlarged according to occasion and purpose.

But it, in essence, contains the principles and assumptions of kuonesana, kushaura nekutsinhira, kuenzanisa and kubatanidza, which, when put in English, roughly mean: watching each other’s back; enabling the other to perceive and understand what one perceives and understands, which that other, left alone in his/her cubicle, may not readily perceive or understand; call-and-response; as well as convergence of perspectives and reconciliation of originally divergent dispositions such as that of the hare and the elephant, the ant and the cow, the fish eagle and the mountain goat, the baboon and the mangoose, and so forth.

The pungwe and education for convergence

In the liberated zones of the Second Chimurenga, the following elements were self-evident:

It was not for profit.

In addition, the pungwe, as dariro, demonstrated convergence as an imperative for all sectors or disciplines.

As a matter of life-and-death, the pungwe could not afford to leave out any sector or specialty: midwives, medicine men, farmers, transport operators, teachers, nurses, those trained in intelligence gathering and analysis, political commissars, choirs, singers, composers and choir leaders, runners, cooks and, of course, liberation soldiers trained in using weapons, repairing weapons and dismantling and disguising them for easy camouflage and transportation.

Indeed, there is much evidence, including songs performed at the pungwe, which shows that the African relational and ecological perspective resonated with Chairman Mao’s view that the relationship between freedom fighters and the larger community was like that between fish and water.

The fish depended, for their very lives, on maintaining the utmost respect for the water as ecology.

It did not matter what expertise and firepower the liberation fighter was bringing from abroad. His/her relationship with the larger community had to remain as optimal as possible in order for both to survive and ultimately triumph.

Philosophers from other cultures who echo the African relational approach to science, technology and humanities

The dariro experience I described at the start of this instalment means not only that African thinkers have always been global in outlook, but also that there are philosophers from other cultures whose ideas agree with African relational philosophy on science, technology, engineering, mathematics and humanities.

In his book Technology as Symptom and Dream, Robert D Romanyshyn writes:

“Indeed, stated in the most radical way, ‘the arts and humanities are higher physics.’ The physicist and painter envision a common reality but in different ways, and at different levels of complexity. The images of art and the events of science converge.

Technology is, I believe, a strong force in this convergence, and indeed in technology, the separation of image and event is all but erased.” (page 5).

“The conclusion to which I was led was that students not seeking degrees in the sciences could best understand science as part of culture. If our universities have failed to convey such an understanding it is because scientists have too little understanding of culture…There is a well stated theory of general education that postulates that students can better contribute to solving problems of society if they can relate scientific claims and certainties to the concerns of lay political or civic leadership. This is to say that the problem-solving capacities of society reside in general culture rather than solely in the sciences….” (pages 141-142)

The philosophical, social and political consequences of narcissism and linear perspective vision

We have already noted some of the wider social and political consequences of Trump’s narcissistic antics and personality. When a society sets up systems and structures which glorify the selfish individual at the expense of relationships, unilateralism also becomes the dominant philosophy of the society with serious implications for public education.

In the journal Policy Futures in Education, Noah De Lissovoy published an article titled ‘Pedagogy of The Impossible: Neoliberalism and The Ideology of Accountability’.

The author found it contradictory that neo-liberalism as a philosophy and ideology rhetorically puts much emphasis of diversity, pluralism and variety; and yet at its core it harbours the fundamental assumption that it alone is the only workable social, economic and political system.

Former UK Prime Minister Margret Thatcher is accepted globally as one of the most important movers of neo-liberalism as a global force and yet she is also known as the most fanatic prophet of TINA, the doctrine that There Is No Alternative to neo-liberalism!

“This ideological construction (of neoliberalism) has led to a present in which an increasingly polarizing capitalism, in spite of the inequalities it produces, is generally understood to be the only possible form of organisation of society.  Capitalism, in its neoliberal moment increasingly institutes itself as coequal with reality itself, so that to imagine alternatives to it is seemingly to lapse into delusion.

Rather than presenting itself merely as the superior economic and social model against competing alternatives, capitalism now presents itself as the only conceivable form of life — an ideological condition Mark Fisher identifies as ‘capitalist realism’.

Beyond opposing arguments for other economic and social models as unrealistic, this felt sense of the inevitability by capitalism suggests that such arguments for alternatives are incompatible with any reality.

This is so even in spite of (or because of) the acceleration of inequality and social fragmentation that neoliberalism, as the enhanced and aggressive form of contemporary capitalism generally takes [and] increasingly produces.”

Through the institution of mitupo which represented ecology and biodiversity, through instituting the dariro and the pungwe, Africans sought to teach that there was no way the view of the world of the giraffe would be identical with that of an ant, the lion or the rabbit, even though they might be brought into one dariro.

The diversity of mitupo represented the triumph of personality and character over raw ego.

There was no room for a unilateral TINA in that system.

The ngano method of teaching within the dariro served to underline that relational philosophy.