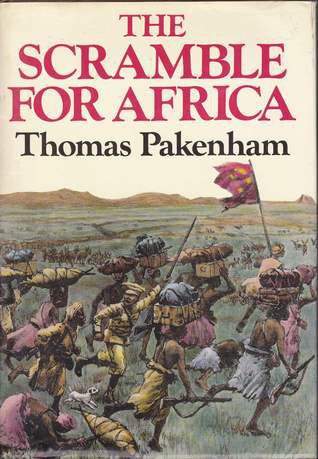 AFRICANS resisted colonialism in different ways when imperialists decided to slice and share the cake (Africa) in the guise of spreading Christianity and civilisation.

In some African States, active resistance was a clear warning that they did not want to entertain strangers in their motherland.

To those who offered passive resistance, it was not a sign of weakness, but rather confusion and hope for peaceful engagement.

Whether it was a matter of offering active or passive resistance, common about many African States is that their way of life was purely African.

When Europeans came to Africa, they found her people enjoying their unique way of life.

Many Africans believed in powers of spirit mediums who enabled them to talk with their ancestors, to dispense herbal medicines to protect their people and crops.

Africans, therefore, view colonialism as that permanent scar that reminds them of a past filled with turmoil, destruction and death.

Writing about the history of Africa, Thomas Pakenham reveals how colonisation disturbed and destroyed some of the traditions that not only defined Africa, but separated her from the rest of the world.

In a previous review of Pakenham’s The Scramble for Africa, focus was on how Europeans planned to divide Africa at the Berlin Conference of 1884-85.

This week’s review is of the same book, but focus is on the resilience and resistance by some Africans to white minority rule.

The Scramble for Africa is a historical and scholarly piece of literature that displays both sides of human beings in the perspective of the conqueror and the conquered.

Pakenham does well in exposing Europeans who took advantage of African leaders who were illiterate to push their agenda through ‘paper imperialism’.

It is that part of history which clearly reveals how the introduction of pen and paper to some African rulers destroyed the flow of kingship in some African States.

In his book, Pakenham reveals that at first, European expeditions were too weak to challenge African rulers.

Europeans then resorted to using blank Treaty forms instead of live ammunition.

African rulers best equipped to resist were understandably those who depended on violence themselves.

These include King Cetshwayo of the Zulu, King Lobengula of the Ndebele, the Emperor King Menelik of Abysinnia, the Mahdi of Sudan and Africa’s twin white tribes, the Boers of the Transvaal and Boers of the Orange Free State.

Lobengula, King of the Ndebele, is cited as one of the African rulers tricked into signing the Rudd Concession.

Pakenham says, if only King Lobengula could also put his promises, thoughts and expectations on paper like what the whiteman did, probably he could have saved his State.

“The story of Rhodes’ concession is tortuous and particularly edifying. Lobengula was illiterate but highly intelligent. Like the victim of a Greek tragedy, he found himself caught in the toils,” writes Pakenham.

Despite signing the document, King Lobengula did not fully understand it.

He is, however, recorded as one of the African leaders who offered active resistance to colonial invasion.

Writes Pakenham: “Lobengula had one of the most powerful armies of any African kingdom, perhaps 15 000 Ndebele and Shona warriors, organised in Impis like their Zulu cousins and subject to the same ferocious discipline.”

Although King Lobengula later fled, he is a perfect example of the severity of African leaders’ resistance to colonialism.

The Scramble for Africa also gives a narrative of how the Maji-Maji of East Africa played their part in fighting colonial invasion.

The resistance of the Maji-Maji shows that conflict in most African States was inevitable because of how Africans could not stand the new way of living forced upon them by the whiteman.

Pakenham talks about new laws and regulations introduced to Africans which were not only harsh but exploitative.

For example, the Shona people were subjected to laws, such as hut and dog tax, among others, that inevitably led them to resist colonial rule.

In East Africa, Pakenham observes that taxation, corruption and forced labour, among other things, resulted in the Maji-Maji risings.

Writing about the situation in East Africa, Pakenham notes: “The akidas had to enforce taxation, organise commercial farming by fulfilling a quota of cash crops like cotton, grown with commandeered local labour.

It was their corruption, compounding the German extortions that precipitated the revolt and now sent them flying for refuge to the coast.”

There is no doubt that lack of advanced military weapons disadvantaged Africa when the enemy struck.

States, like the Ndebele State, that actively resisted from the start could be easily defeated.

Pakenham writes that most of the battles were cruelly one-sided and atrocities were common during the first phase of occupation by the imperialists.

The writer also reveals that when German brutality in South West Africa provoked a revolt by the Hereros, the German general, Lothar von Trotha, issued an extermination order against the whole tribe — women and children included.

The Scramble for Africa provides a clear historical picture necessary in showing the plight and resilience of Africans when foreigners knocked on their door.

It also provides a narrative of how Africans came up with new ways to fight and gain independence in the years that followed the conquest.

This is a book for all who want to get enlightened.