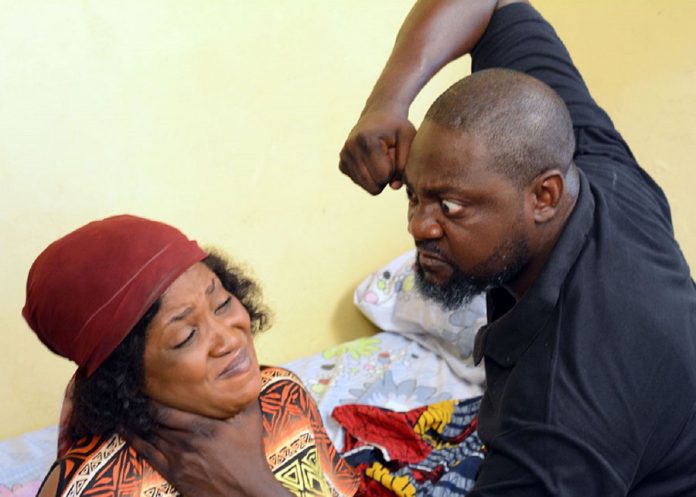 Not who you are!

A REPORT published by UN Women and UN Department of Economic and Social Affairs(UN DESA) highlights that it could take close to 300 years for the world to achieve gender equality.

The sad reality is that women and girls across the globe continue to be victims of gender based violence (GBV) which is one of the major reasons stalling the achievement of gender equality.

Statistics by WHO indicate that one in three women or girls worldwide have experienced physical or sexual partner violence or non-partner sexual violence in their lifetime.

It is against this backdrop that the fight against GBV is supported worldwide.

The world’s setting aside 16 days of activism against GBV annually shows the depth of a collective effort for preventing and eliminating GBV.

Governments, civic organisations and NGOs are, therefore, helping communities affected by GBV through various ways such as policy implementation, research, involving cultural and religious leaders as well as educating men and boys about gender equity among other initiatives.

As a human rights violation, GBV undermines a person’s self-worth as well as self-esteem and is an obstacle to self-development and empowerment.

Under review this week is a book written specifically on GBV.

A product of Merck Foundation, the book is written by Thomas Muyombo and is titled Not who you are!

Just like other books published so far by Merck Foundation, the book is written and illustrated for children.

The idea behind tackling the issue is to instill values, understanding and knowledge of the dangers of GBV and

how it should be prevented.

In other words, such literature is serving the purpose of shaping the minds of children who have been wrongly or not properly socialised.

One can also say the book is a piece of didactic literature written for social change.

The book carries with it a storyline that clearly shows how GBV is a human right violation.

Dr Muyombo presents a story of a young couple, Mukama and Amina, dealing with GBV in their marriage.

Interesting about the storyline is that Dr Muyombo states that in some circumstances, gender inequality is fuelled by traditions and practices that certain people in a community are socialised to believe.

Those traditions are then used to abuse and violate other people’s rights.

For example, Dr Muyombo reflects the unequal perception of gender roles in this given community of Musembo.

He has this to write about men: “In Musembo, men are the centre of everything, they are the heads and they take the bigger share of pie…”

The writer’s sentiments clearly reflect perception and portrayal of men in most societies that are patriarchal.

In this case, their masculinity and roles are defined in a way that determines what the society is expecting from them, hence some, like Mukana, use the power given to them to abuse women.

Dr Muyombo also notes how the community has defined roles for women, making them vulnerable to abuse by the males.

“In Musembo, women are the ones who work so that the family gets basic needs like food,” writes Dr Muyombo.

The portrayal of women in Musembo is a clear reflection of how women in communities where GBV is prevalent are perceived.

The writer does well in showing that in different communities, women are assuming roles of providing for the family and defending the household from intruders while men are out chatting with friends and drinking beer, just like what Mukana is doing in the book.

In the book, it is Amina who fends for the family while her husband enjoys beer with friends at a local bar.

“On the market days, Amina takes fruits to sell them so that her husband can get the money to spend,” writes Dr

Not who you are! is a book that clearly shows that GBV can come in different forms.

These forms can come in multiple ways of violence and be happening at once or reinforce each other.

In the book, the writer shows that there is psychological violence as Amina constantly receives verbal insults from her husband.

There is also economic violence which is revealed by Mukana’s refusal to assume economic responsibility:

“Let me make it clear for you Amina, I am the man in this house: I decide what to use the money for. Play your role and remain quiet.

You should stop that madness.

In fact heeding to the advice of a woman is considered stupid. Don’t expect me to listen to you. Unless you think I’m crazy.”

In the book, the writer also reveals how other forms of violence have perpetuated physical violence.

As a victim of GBV, Amina is also physically abused by her husband and, at some point, is manipulated to lie to the

doctor that she hit her face on the wall.

However, the incident became a turning point for the young couple as they received counselling from the doctor.

The doctor has this to say to Mukana: “Her case is one of gender based violence. They put you in prison for this and you will have to spend a very long time there. Women deserve the same respect we seek from them. A real man is not supposed to beat his wife.”

Mukana agrees to change and joins a group of reformed men in the community.

In Not who you are!, the writer has done well in revealing that though the issue of GBV is within our societies, it can be prevented and eliminated.