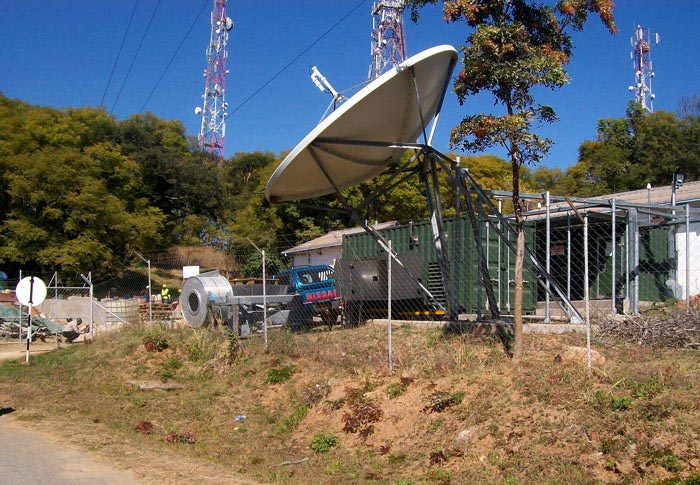 THE assumption that at some point before the land revolution in Zimbabwe this country used to be the ‘breadbasket of Africa’ is repeated so often that it has become a household belief.

It is uttered so ften and so carelessly that it is never made clear whether this breadbasket was during the Rhodesian era or in Zimbabwe before the land revolution.

This myth was repeated on ZBC programmes as recently as January 2 2018.

But if this claim refers to Rhodesia, why was there such a huge youth uprising that a 15-year liberation war had to be fought?

Did all those young people ignore a flourishing ‘breadbasket of Africa’ to go to war?

Why did Africa support such a liberation war at such a huge cost, if the same Africa was benefitting from the Rhodesian breadbasket?

If this is meant to refer to Zimbabwe after independence, but before the land revolution, the drought and hunger that affected the country in 1992-1993 would appear to expose the claim as a hoax or myth.

It became clear in 1992 that the white minority controlling the bulk of our land had ignored the food security requirements of the nation and moved from food production to game-keeping, horticulture (flowers for export to Europe) and tobacco.

The Economic Structural Adjustment Programme (ESAP) imposed by the IMF and World Bank on the country in 1990 did not just make food insecurity worse for the majority; it also meant that there was no thriving breadbasket.

Why would a thriving breadbasket need ESAP, let alone accept it?

Landless Africans had to sit and watch prices of foodstuffs from the few remaining food producers escalate to unaffordable levels.

The 1992 drought fuelled the demand for land redistribution because it exposed the claim of ‘the breadbasket of Africa’ for what it was — a white-perpetrated hoax meant to pre-empt the African land reclamation movement.

Today, some of the radio talk shows are being used to prevent us from understanding that we actually have to break new ground after the land revolution.

Instead, we are being told that our objective is to restore the country’s past status as ‘the breadbasket of Africa’!

The second claim routinely made on some of the radio talk shows is that things were fine (currency-wise and liquidity-wise) from 2009 to 2013.

Therefore, all we need to do to solve our currency and liquidity problems is ‘just bring in US dollars and withdraw Bond Notes from circulation’!

The truth is that when, on the surface, things seemed to be fine from 2009 to 2013, we were squandering the US dollars which should have gone into our reserves.

The available US dollars were also not financing any meaningful production.

When the US dollars became exhausted and it became clear that there was no reserve at all, those with access to the remaining US dollars panicked and started to externalise US dollars willy-nilly.

So, the apparent good times actually contributed to two serious problems; squandering our potential foreign currency reserves and forcing those with some US dollars left to externalise them.

The pundits claiming that things were fine from 2009 to 2013 and asking the nation to return there are glossing over something fundamental; that so-called dollarisation was not sustainable from the beginning and that this was always clear to many.

The Bond notes challenge is a secondary challenge arising from the unsustainability of those alleged ‘good years’ of 2009-2013.

The third issue distorted in talk shows, which I choose to highlight here, is the claim that continuing price hikes which began with gossip-induced panic in the market in September 2017 demonstrates the failure of the new era under the new administration of President Emmerson Mnangagwa.

Routinely, both panellists and callers engage in a form of chicanery which the hosts or anchor persons ignore or fail to see: That the issue of dishonest and reckless price-hikes is, first and foremost, an issue for the so called Confederation of Zimbabwe Industries (CZI), the Zimbabwe National Chamber of Commerce (ZNCC) and the Retailers Association of Zimbabwe (RAZ).

In any self-respecting nation, this would be the normal approach.

The existence of a whole Confederation of Zimbabwe Industries and an entire ZNCC would imply industry pricing procedures, industry checks on the conduct of members and industry ethics.

This would be enough to stop any panics, to expose reckless price gauging by any player and to inspire consumer confidence.

The fact that we do not see this sort of industry leadership may suggest that the CZI, RAZ and ZNCC are led by persons masquerading as leaders of a non-existent industry, let alone confederation.

In conclusion, Zimbabweans have to ask themselves whether the proliferation of media outlets is indeed helping them to tell their own story.

Why did it require the wisdom of the late Tanzania President John Pombe Magufuli and the intervention of SADC to make October 25 our Anti-Sanctions Day?

Why did the media, who call themselves ‘human rights defenders’, not step in naturally to defend MaDzimbahwe from ZDERA?

Why does Studio 7’s news skirt around the issue of US sanctions on Zimbabwe?