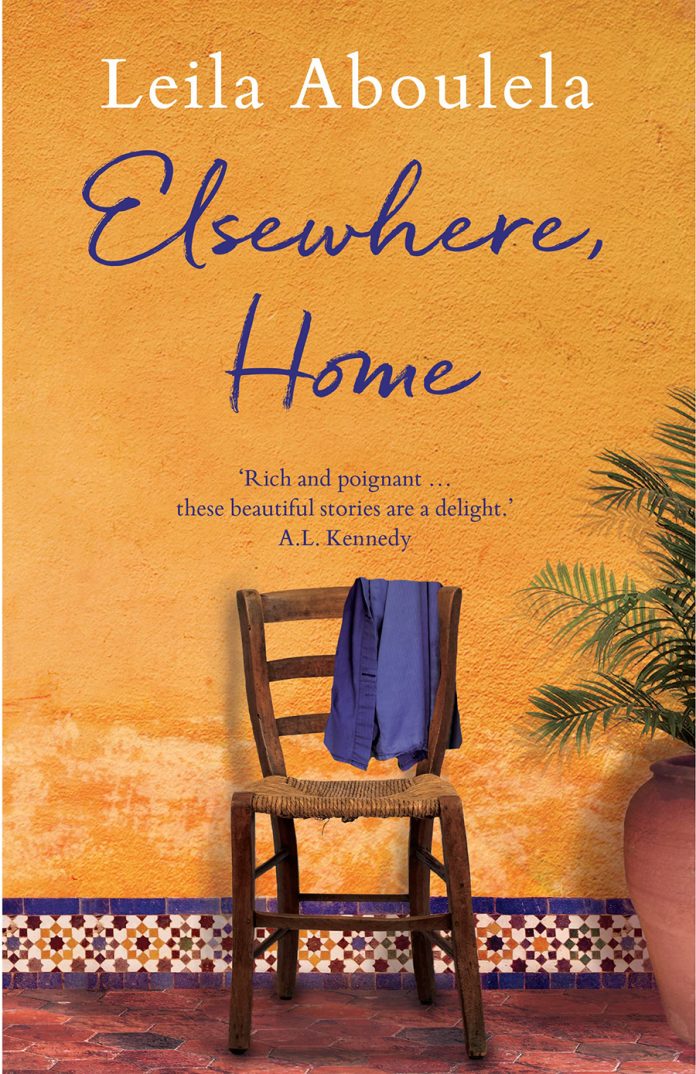 THE Trans-Atlantic slave trade is a perfect example of how migration can traumatise people.

Due to a number of reasons, thousands of people who were captured from Africa attempted to commit suicide along the Middle Passage, while others succeeded.

Some could not bear the bad treatment they were experiencing while others languished in homesickness.

The history of the slave trade exposes the extent of the damage caused by translocation of Africans — they just could not bear living in foreign lands.

Sad stories about the slave trade and its effects on Africans highlight how forced translocation can trigger deep rooted fatalistic tendencies.

Although there are many reasons that can influence migration, it is important to note that migration has numerous effects on an individual.

To talk about the effects of migration is a book under review this week by Leila Aboulela titled Elsewhere, Home.

It is a collection of 13 stories that focus on the plight of immigrants in different cultures and places.

Through the stories, Aboulela manages to bring out crucial themes existing in the lives of immigrants in different places.

Her stories capture feelings of different characters as they travel by different modes of transport from one place to another.

Most of the stories in Elsewhere, Home bring out the alienation and identity crisis that most immigrants face.

In the story ‘Summer Maze’, the plot follows the story of an English teenage girl Nadia and her mother Lateefa who is of Egyptian origin.

The plot tells the story of their annual visits from London to Egypt to spend the vacations with Lateefa’s elder sister Salwa.

Nadia does not enjoy the visits because she wants to spend vacations back home in London with her friends.

For Nadia, London is home, while for her mother, it is Egypt; but the truth of the matter is that she is always conscious of the different worlds that define her.

Writes Aboulela: “The English couple were Londoners like her; she could speak their moods.

But she was not a tourist and for her Egypt could never be a holiday destination like Jordan or Greece.

Desert, pyramids and Sphinx were embedded in her DNA.”

In the same story, the author does well in bringing out the issue of identity, which, in this case, Nadia questions as she visits Egypt.

Through her characters, Aboulela reveals that despite migrating from a certain culture, tradition or history, one is always drawn to his/her roots.

Usually, immigrants face alienation in foreign lands because they are reminded that they are the other.

Important to note is that the writer does not condemn migration but points out how it can affect one psychologically, emotionally and socially.

In the story ‘Something Old, Something New’, the writer points out that the effects of migration, to an individual, are worsened by not only the change of environment but also by culture and religion.

The story is about a British man who converted to Islam while visiting Khartoum to marry a Sudanese fiancée.

He later realised the difficulty of separating the love he has for his fiancée and where she is from.

To him, her home which is her roots, cannot equate to his.

He is therefore alienated by the culture and customs he is not used to.

Writes Aboulela: “Her country disturbed him.

It reminded him of the first time he had held a human bone, the touching simplicity of it, the strength.

Such was the landscape of Khartoum; bone-coloured sky, a purity in the desert air, barrenness.

A bit austere and therefore static.

But he was driven by feelings that was why he was here, that was why he had crossed boundaries and seas, and now walked through a blaze of hot air from the airplane steps to the terminal.”

‘Something Old, Something New’ also brings to fore feelings and emotions that many immigrants face despite willingness to fit in new environs.

The protagonist’s sadness is revealed when his expectations are not met.

Aboulela reveals the characters’s thoughts and feelings  when she writes that: “He had thought, from the books he’d read and the particular British Islam he had been exposed to, that in a Muslim country he would find elegance and reason instead he found melancholy, a sensuous  place, life stripped to the bare bones.”

Elsewhere, Home is an intriguing book that does well in showing the importance of belonging in the life of an individual.

In her short stories, the writer tackles the importance of identity and culture.

Through some characters, the writer is able to capture the complexities of having multiple identities at a given time.

This is the danger that some immigrants face when they try to fit in different societies that came with diverse religions, traditions and cultures.

Some of the stories that make up the book include ‘Expecting to Give’, ‘Coloured Lights’, ‘Souvenirs’ and ‘Ostrich’.