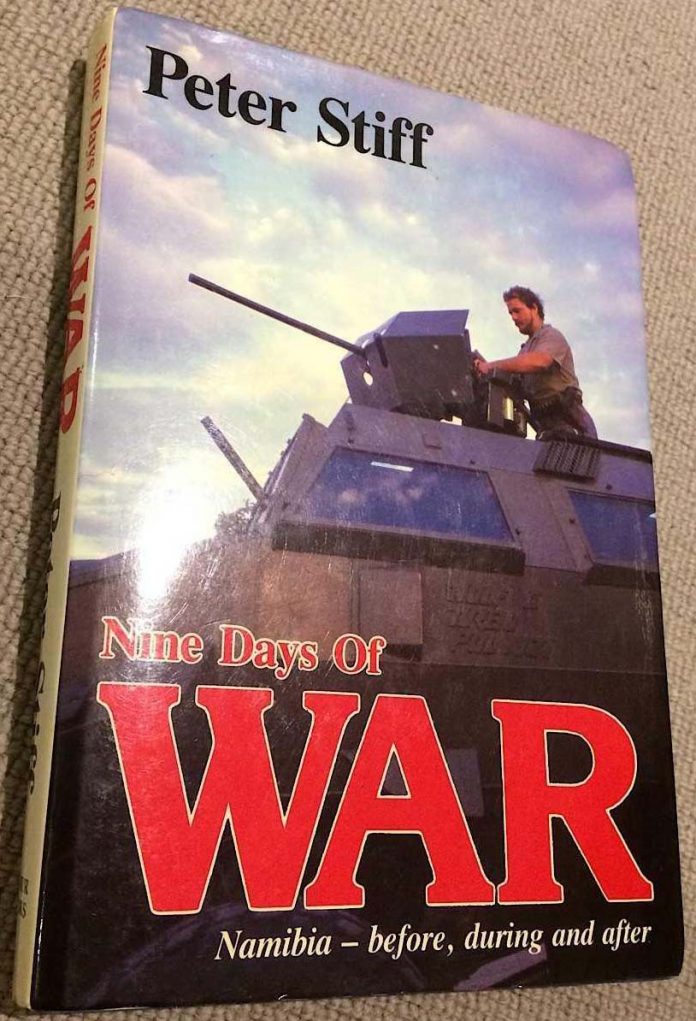 When whites colonised Africa, her people realised the only way to

defeat the enemy was by working together.

After all, despite the newly created borders, their different cultures and

languages, Africans knew they were diverse but one.

In the book Nine Days of War, Rhodesian writer Peter Stiff points out how the support from fellow African states played a pivotal role in Namibia’s attaining of independence.

At that time, as Stiff highlights, peace talks had been concluded and Namibia was preparing for its first ‘free and fair elections’.

“After seemingly endless years of dispute between South Africa andthe United Nations, after 23 years of bush warfare between theMarxist oriented South West Africa People’s Organisation-SWAPO and South African forces, which had spread from Namibia into Angola and, at times into Zambia, and after eight months of American brokered talks between South Africa, Cuba and Angola, Namibia was finally on the course for UN supervised ‘free and fair elections’ in November 1989, which would lead to independence in 1990,” writes Stiff.

“For nine bitter days until the Mount Etjo Agreement was signed they (South African forces) fought the SWAPO infiltrators.”

Despite calls for a ceasefire, South African forces were still mobilising forces resulting in SWAPO also making plans to defend, once attacked.

With the support from fellow African states that had already attained independence, such as Zimbabwe, Mozambique and Zambia, SWAPO was able to mobilise and prepare for any attacks.

“Reports suggested an ‘All Africa Force’, consisting of troops from Zimbabwe, Zambia, Botswana and maybe a few other countries, had quietly put together on paper, ready to mobilise in a hurry,” writes Stiff.

“Support in the way of air elements, C-130 and other transports, had been offered by Libya.

The plan so carefully hatched up by SWAPO and the African members of the Non-Aligned Movement was that if the election went against SWAPO, there would be a popular uprising against the newly elected regime.”

During the liberation struggles, it was the norm for independent states to allow fighting troops to set up military bases and refugee camps in their countries.

Zimbabwe’s freedom fighters had bases in countries such as Mozambique and Zambia.

These were used to train fighters and house vulnerable groups such as women and children.

It was no different in the case of Namibia as SWAPO set up bases in Zambia.

“400 Plan fighters based at Sesheke in Zambia, would have immediately moved south and invaded the Caprivi Strip, with the active support of the Zambians,” writes Stiff.

“The African states in the Non Aligned Movement were determined SWAPO would be installed as the government of Namibia by the end of the year,” writes Stiff.

“Robert Mugabe, the outgoing chairman of the NAM and a man with much experience in these matters, wanted Nujoma to do a repeat of what he did himself in Zimbabwe with his ZANU PF in 1980, during that country’s run up to independence.

He assisted PLAN with the supply of many additional uniforms before the April incursion.

Each infiltrating insurgent took with him at least three sets, which were for kitting out SWAPO sympathising tribesmen.”

The fighting troops also had the support of the local people, a vital cog that had assisted freedom fighters in neighbouring countries such as Zimbabwe.

The support from the local people in the form of food, shelter and information had helped freedom fighters during the liberation struggle in Zimbabwe.

“The intention was to demand base camps within Namibia from UNTAG, and flood both fighters and freshly uniformed and equipped civilians into them, and use them as centres from which to ‘politicise’ the people into supporting SWAPO at the November elections,” writes

“Early in the election campaign they had passed the word in the tribal areas that if they lost they would return to the bush and continue the war. Mugabe’s ZANU PF guerrillas had given the same message to the black populace in Zimbabwe and it had worked for him.”