IT is high time SADC takes decisive action to put to an end to terrorism by the self-styled jihadist Islamic State group (IS) that has seen deaths of hundreds of innocent civilians in Mozambique’s Cabo Delgado Province.

The regional body had three Extraordinary Summits last year to deliberate over the insurgence in that province.

Only last week, dozens of locals were massacred in cold blood by the IS group near Palma.

This is a town close to Africa’s  largest Liquified Natural Gas (LNG) project in Mozambique.

These dastardly deeds must not be allowed to continue.

There is a theory emanating from the West that the root cause of the insurgence is disgruntlement over alleged reluctance by the central government to share revenue from the gas project with the locals.

This is not true.

For a start, the gas project is still at an exploratory stage with most money at this point going towards that exercise .

Even the terrorists seem not to be concerned about that.

They don’t show any sympathy to the locals  whose villages they are razing to the ground and indiscriminately beheading some.

Instead they see the locals as soft targets to butcher and draw international attention.

In the latest raid on Palma, most of the decapitated bodies strewn around the streets were those of locals.

There is no attempt to educate the masses on the cause of their grievances.

What then are they fighting for?

The terrorists are dirty and scruffily dressed without any uniform.

However, the amazing thing is that they are very well armed with assault rifles, rocket-propelled grenades and mortars.

Who then arms them, be it directly or otherwise?

History has taught us that wherever America has interest in a resource and does not have direct control over it, the country is destabilised through  civil wars and sanctions.

Not forgetting Libya where America used its European proxies to dismember a country that was benefitting from its oil wells through its leader Muammar Gaddafi.

Nigeria has never enjoyed total peace because of persistent attacks by Boko Haram.

Oil rich Venezuela is under crippling sanctions for what the US considers to be gross human rights abuses.

As long as you are a non-aligned oil rich country, stability will remain a far cry if the US is denied control.

Zimbabwe, with prospects to soon produce sizable commercial quantities of oil, must be aware that Uncle Sam is on the prowl.

There is talk of European and American military people coming to assist the Mozambican Government to repel the Islamic insurgents.

Since it is these expatriates whose companies have mining claims, expatriate mercenaries will only be too keen to protect their interests.

To them, black lives don’t matter.

During the Rwandese genocide of 1994, American President Bill Clinton never bothered to intervene because blacks were killing each other.

After all, Rwanda is a country with no resources Americans wanted, so why bother putting American lives at risk?

This is why SADC has to step in now and stop the rot in Cabo Delgado.

The insurgence has been going on for over two years now and almost 3 000 innocent souls have perished.

The loss of another life is one too many.

SADC has the capacity to intervene and wipe out the terrorists.

They successfully did it in Democratic Republic of the Congo in 1998. 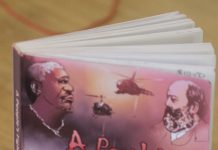