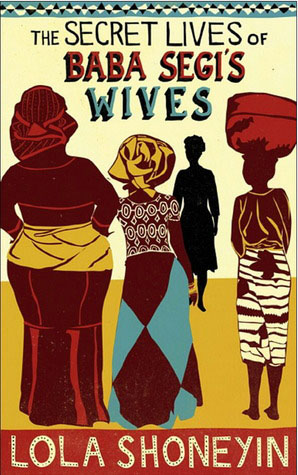 POLYGAMY remains a common, social and culturally accepted practice in most African countries.

It is a type of marriage that reflects some of the cultural aspects that define Africa.

In some societies, polygamy is associated with economic and social values.

However, a number of reasons contribute to some people becoming polygamous.

It is against this background that polygamy can be viewed from different perspectives.

Under review this week is an interesting book on polygamy.

Titled The Secret Lives of Baba Segi’s Wives, the book has an intriguing plot that brings to the fore different issues surrounding a polygamous marriage.

It is a piece of literature that tells the story of a man called Baba Segi and his four wives.

Each wife presents a unique character that not only makes the book more fascinating, but reflects certain characteristics about individuals.

Like in most polygamous set-ups, there is so much hatred, plotting, revenge and secrets among Baba Segi’s wives.

Set in Nigeria, the book does not only show the popularity of polygamy in West Africa, but highlights how it is used as a weapon to give a man a status in a given society.

To some extent, the man boasts his status to the level of being treated like a ‘god’ by his family.

Writes Shoneyin: “Only Baba Segi’s armchair faced the TV directly; his wives (except Bolanle, who hadn’t earned her right to an armchair) kept their seats at the angle their husband insisted.

Baba Segi liked to observe their every facial expression: how widely they smiled to comedy sketches, how many tears they shed when they were gripped by agonizing dramas.”

Baba Segi brags not only as a businessman who sells building materials but also as a powerful man with virility therefore ‘failure’ of his young wife to bear him children after two years of marriage is taken as a serious issue in the family.

In his belief, which is later proved to be wrong, his wife Bonahle is barren and this causes a rift in their union.

She faces insults, not only from jealous co-wives, but also from her husband.

Sometimes he has this to say: “Your barrenness brings shame upon me.

And I am sure that you are saddened by it as well.

Every time I have suggested that we consult herbalists and prophets, you have called them conmen and rubbished their powers.”

Through Bonahle, the writer clearly depicts the plight of women dealing with fertility issues in their lives.

Soneyin reveals that in most African societies, it is not only the husband that insults his wife for failing to conceive, but even relatives.

In some cases, society questions the woman.

“It is every woman’s life purpose to bear children. Do you want to become a ghost in the world of the living?” Soneyin writes as she reflects Bonahle’s mother’s thoughts.

However, through Bonahle, the writer also manages to highlight the beauty of education in tackling infertility issues and revealing the secret and mistakes surrounding her husband life.

It is indeed a tragedy that Baba Segi gets to know that after humiliating his wife, he was the infertile one.

For so many years, he lived and cared for children from his three wives which were not his.

It is in Baba Segi’s wives that one is able to grasp a lot of thematic concerns that makes the book more fascinating.

The writer does well in showing that polygamy can come with both advantages and disadvantages for all participants involved.

In The Secret Lives of Baba Segi’s Wives, one is also shown that polygamy is not only used as a tool by men to control women, but some women can willingly initiate it to cover up their shortcomings.

Through various characters, Shoyenin reveals hypocrisy of religion, beliefs and traditions that make up different societies.

She is also able to reveal the dangers that society puts on a girl-child if she is not protected from vile men who take advantage of vulnerable children.

In the book, the readers are taken on a journey that displays desperate and foolish measures human beings can take in a polygamous set-up.

Two wives of Baba Segi are tragically faced with the bitter taste of their medicine when a plot to poison their husband’s young wife fails, killing the first daughter in the family.

Though fictional, the book reveals real life issues that destroy marriages and families.

Forced marriage, a common practice in some African societies, is another topic covered in the book.

Iya Tope, one of Baba Segi’s wives, is married off to Baba Segi by her father as compensation for poor farm produce.

Through the book, the writer also does well in showing that women enter polygamous marriages due to different experiences they face in life.

Iya Femi, Baba Segi’s third wife, offers herself to be married in a polygamous set-up, not as a choice, but as a survival tactic.

Apart from focusing on ups and downs of a polygamous set-up, the book also presents a number of thematic concerns that African societies face.

It is indeed a worthwhile read that tells the African story.