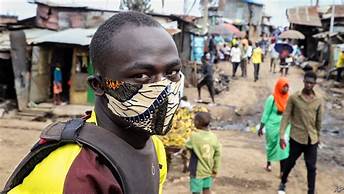 THE behaviour of US ambassadors to Zimbabwe, coupled with some utterances from the same, over the years, have amply demonstrated Washington’s inherent dislike for former liberation movements and their sovereign states, especially in Southern Africa.

For ambassadors are the embodiment of the countries they represent.

The attitude of these ambassadors clearly exposes the open hostility by the US Government to the ZANU PF party.

And this hostility became outright after the Land and Reform and Resettlement Programme of 2000. The Land Reform Programme confirmed to all and sundry that the ZANU PF Government was concerned with the welfare of the disadvantaged indigenes by empowering them economically.

To the Americans, this confirmed what the capitalist giant had always feared about the revolutionary party. These people-centred policies would eventually stop the capitalists from exploiting Zimbabwe’s natural resources willy-nilly, so they feared.

The US then removed its gloves to attack the ZANU PF Government with bare knuckles.

To them the revolutionary party had to go. That is why they introduced biting sanctions through the Zimbabwe Democracy and Economic Recovery Act (ZDERA) of 2001.

According to then US Assistant Secretary for African Affairs, Chester Crocker, the sanctions were meant to ‘make the economy scream’.

He was quite blunt in expressing his hope that this would eventually make the people desert the ZANU PF Government.

These sanctions would run concurrently with their very undiplomatic open support of the MDC.

The US has on a number of occasions unashamedly confessed that it was working with the opposition, among other groups, to remove ZANU PF from power.

Such naked interference in the internal affairs of sovereign states, is an integral part of the bullying instinct of the US.

This was after the US diplomat had failed to deny that his country had provided US$300 000 towards the proposed violent demos led by their proxies.

And of course Nichols’ close alliance with the anarchists has Washington’s blessing.

Yet Nichols is not the only US ambassador who has demonstrated his naked dislike of ZANU PF and gone further by siding with the opposition.

What was crucial was the country’s future, probably meaning subservience to the might of the US. What nonsense!

Ambassador Bruce Wharton was no different in his wanton disregard of diplomatic etiquette, brazenly meddling in the internal affairs of Zimbabwe.

All with the express purpose of unseating the ZANU PF Government at any cost.

But despite all this, the ZANU PF Government in the Second Republic has taken the US hostility on the chin, but responded by offering an olive branch in the form of re-engagement.

Strides have been made, even though the US seems to remain intransigent.

However, the United States and its Western capitalist allies must realise that Zimbabwe wants to re-engage, not because that is the only option available.

The answer is a categorical no.

Our economy is based on the Western capitalist model and our infrastructure supports a link with our old colonisers.

In this multi-polar world, it is possible to embark on a new economic model, without dependence on the the US, even though it is a global economic giant.

China did it and today it’s a global economic giant in its own right.