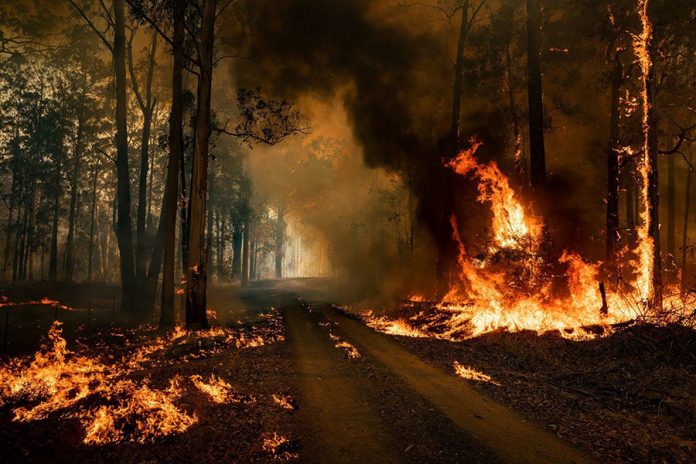 VELD FIRES have become one of the greatest environment challenges of our time.

A 2021 veld fire report by the Environmental Management Agency (EMA) revealed that 3 948 fire incidences have been recorded so far, burning 1 033 722, 86 hectares of land during the fire season.

In Zimbabwe, the fire season starts from July 31 to October 31 each year and this is the most crucial period for veld fire management.

During the fire season, veld fires can cause health, environment and life-threatening dangers to humans.

The law in the country warns, forbids and guides land users on the measures that can be followed to lessen veld fires.

Statutory Instrument of 2007 Environmental Management Regulations states that: “It is the duty of  the land user , owner and  designated authority to put in place fire prevention measures; No person shall deliberately cause a fire outside residential or commercial premises during the period  from July 31 to October 31 each year which is the fire season.”

“We need to create a self sufficient and food surplus economy premised on the fact that a protected environment creates an enabling environment for thriving crop and livestock production sectors.”

In the past, veld fires have not only destroyed vegetation and wildlife but they have caused loss of life.

It is sad to note that most veld fires are a result of human actions and these include cooking, waste dumps and carelessness actions such as disposing lit cigarettes.

Farmers who have limited resources and equipment to clear and prepare the land using mechanical methods also use fire for land preparation.

Religious and traditional practices that see people conducting annual burns to improve grazing of animals and making of fires during ceremonies of pleasing rain gods also contribute to the spread of veld fires.

However, a report by EMA notes that  the Ministry of Environment, Climate, Tourism and Hospitality Industry is working on new legislation to govern the fire season in light of climate change and climate variabilities.

According to EMA director Aaron Chigona, the agency will initiate partnerships with relevant stakeholders to reduce impacts of veld fires, particularly in the agricultural sector.

“In 2022 ,the agency will upscale its partnership with all relevant stakeholders including the Ministry of Lands, Agriculture, Fisheries, Water and Rural Resettlement and traditional leaders so as to reduce the impact of fires in the agricultural sector,” said Chigona.

A number of strategies for veld fire management have been developed.

The Ministry of Environment, Climate Tourism and Hospitality Industry established collaborations with Ministry of Lands, Agriculture, Fisheries, Water and Rural Resettlement in a bid to manage veld fires in the country.

To ensure viable veld fire education and awareness, a total of 1 297 meetings were held countrywide to educate citizens about the fire season and sharing management skills.

In its 2021 veld fire report, EMA also highlighted that a total of 205 fire fighting teams with 805 participants were also trained to be team leaders in the fire guard construction and fire fighting.

To reduce the impacts of fires, the agency and other stakeholders have also initiated hay bailing, grass combing, road servitude and agriculture projects.

The agency also intervened in initiating fire guard construction and encouraged agriculture projects to create a sense of veld ownership in communities.