THIS week we celebrate the 10th Anniversary of the birth of The Patriot newspaper.

In retrospect, we would like to be judged to what extent we have achieved our objective of making us all ‘celebrate being Zimbabweans’.

This was from the premise that colonialists had characteristically done their best to make Zimbabweans ashamed of themselves.

Colonialism had made us look down upon our language, beliefs, achievements, way of life and even our own relatives.

The transformation was not overnight, but was a process over a period of time.

We had become more white than black to the extent of cursing God for making us black.

To undo this, the process had to be gradual also.

One way of doing this, just as the colonialists had done, and surprisingly very well, was through the media.

It was the task of The Patriot to instill, among indigenes, a sense of pride in being  black Zimbabweans through well-researched articles.

The articles found either on hard copy or online have become reference points.

The Patriot had to look into our past and hopefully make us feel proud of what we are today.

That is why we did not hesitate to criticise the then US Ambassador Charles Ray’s theory that: ‘Where You Come From Matters Less Than Where You Are Going’.

We were compelled to remind our people that we had a flourishing civilisation that saw us build the Great Zimbabwe before the white settler-invasion.

We have also given our heritage sites the recognition they deserve.

The construction of the Museum of African Liberation in Harare must have been a dream come true to our readers.

Through well-researched articles, we have given our readers accounts of our battles to rid the country of white colonial rule.

This was way back from the time of the First Chimurenga.

Through these accounts we hoped the unity and patriotism shown by our departed heroes and heroines would be a source of pride worth identifying with.

One such account was the massacre at Nyadzonia written by our late Deputy Editor Alexander Kanengoni (May his dear soul rest in eternal peace).

We have also given a platform to those who were involved in the Second Chimurenga to give their eyewitness accounts.

Our accounts give the African perspective to events and characters that have had a crucial role in shaping our history.

Thus, we present liberators like Mbuya Nehanda, Chingaira Makoni, Herbert Chitepo, Josiah Tongogara and Jason Moyo, among others, as heroes and heroines and not as terrorists as the settler-regime wanted us to believe.

The Patriot has not hesitated to invoke the spirit of patriotism when the country has been under attack — it doesn’t matter from whom.

This might be by Western organisations, embassies or local NGOs.

NGOs now seem to be thinking twice before maliciously attacking the Zimbabwean Government just in order to foment disgruntlement.

This is because we have not only challenged the veracity of their stories, but have also unmasked plots they have hatched under cover of darkness.

We have exposed manufactured lies aimed at portraying a damaging image of our country globally.

We look at all this as part of decolonising the minds of some indigenous traitors who are even prepared to invite and support sanctions on their own country.

We have exposed those traitors who have been backed by George Soros’ Open Society Institute and other such foreign platforms to betray their country.

We understand the discomfort we give these regime change combinations, but we are not worried.

Meanwhile, we have vigorously promoted the need to recognise our culture, including herbal medicines and have advocated the necessity of a national dress.

The importance of having indigenous names for all roads, buildings and suburbs has seen many pages in The Patriot.

We are glad a good number have appreciated this need, although we still have a long way to go.

We know ownership of our resources helps in making indigenes proud in celebrating being Zimbabweans.

That is why The Patriot is very loud when it comes to issues of indeginisation and devolution.

However, this is an area we feel we still have to do a lot more.

The Patriot will continue presenting issues of politics, business and diverse social opinions.

The Patriot is not an an appendage of any political party.

However, if its views coincide with those of any political party, we have no regrets. 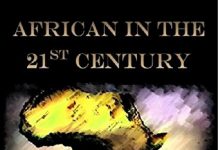