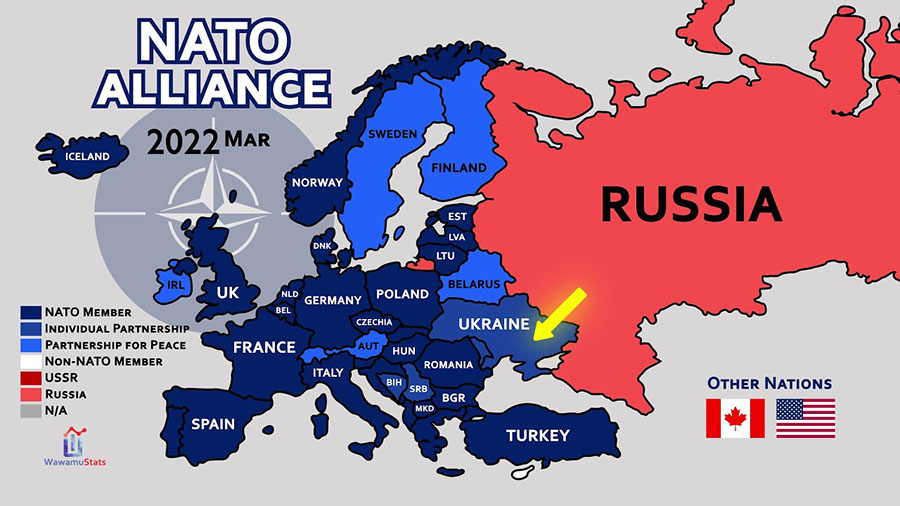 IN the name of continual and continuous engagement, MaDzimbahwe should  notice at least two important ways in which counter-sanctions imposed on NATO countries by the Russian Federation have changed ‘the weather’ around the global discourse over sanctions, weather which was so apparent as Zimbabwe marked its 2022 anti-sanctions day on October 25 with strong SADC and African Union support.

The Russian Federation’s counter-sanctions against NATO nations have contributed to change in the global discourse in the following ways:

In what ways has the African voice

For a long time SADC and the African Union have been condemning the illegal sanctions imposed on Zimbabwe.

For example, the March 2007 SADC Summit held in Dar-es-Salaam, Tanzania,  condemned the so-called Zimbabwe Democracy and Economic Recovery Act (ZDERA), which the US sanctions decree against Zimbabwe.

SADC also then proposed setting up an emergency fund amounting to US$2 billion to help the people and Government of Zimbabwe fight the effects of ZDERA. The fund did not materialise but the idea was indicative the regional African recognition of the effects of ZDERA on ordinary people.

That SADC resolution was pronounced more than three years before the Government of Zimbabwe and the ruling party ZANU PF organised a nation-wide anti-sanctions mobilisation throughout the country, which included the ward-to-ward signing of petitions by the majority of our people.

The  2019 SADC Summit again, soon after the 2018 harmonised elections in Zimbabwe, urged the people  to unite and fight the Western illegal sanctions more coherently and vigorously.

SADC states hurt by the same embargo perceived that a whole generation of Zimbabweans had grown up not knowing any other economic life and were at risk of taking the sanctions as part and parcel of the so-called ‘new normal’.

That sort of amnesia was dangerous for the whole African people.

Now, the Russian counter-sanctions against the West have helped the people there to wake up against their own amnesia regarding the evil effects of sanctions.

What has changed now is the entire context in which the Western powers, especially the UK and EU find themselves.

Just as they were looking forward to replacing imports of East European oil, gas and food (closed off  by their proxy war over Ukraine) with African alternatives from Nigeria, Algeria, Mozambique, South Africa, Uganda and others – African leaders apparently noticed the paradoxical situation created by Russia’s counter-sanctions for the Western nations.

Citizens of the traditional sanction-mongering countries  were now complaining that sanctions destroyed honest business and trade; sanctions violated human rights because they were indiscriminate and blunt; sanctions threatened peace; sanctions promoted corruption and deceit against honest diplomacy, mutual respect and trust and so on.

And yet, just before Russia’s war against NATO over Ukraine, the US had in effect more than 8 000 different sanctions, mostly against other nations all over the world, but also against individual companies, banks,  institutions and businessmen and women of other nationalities.

This number of pieces of sanctions, 8 000, increased exponentially after the NATO proxy war against Russia over Ukraine.

What is at stake?

Western media have been reluctant to describe as colonisation the NATO programme of expanding into Eastern Europe and encircling the Russian Federation since the 1990s.

But in Africa the same media have gone as far as arguing Africans do not deserve to remain independent and autonomous.

African  political independence was a mistake which ought to be corrected, reversed, before the Africans  entertain the idea that such political freedom should naturally lead to economic emancipation, whether in the form of Third Chimurenga (land revolution) or value addition through industrialisation or whatever name.

Meanwhile the brutality of the illegal sanctions can be underlined – not only by pointing out that the US imperial decree against Zimbabwe has uniquely been domesticated as an Act of Congress (ZDERA) – but also by the fact that during the COVID-19 pandemic there was a huge outcry from peoples groaning under the burden of sanctions to have them lifted so that governments could focus their already depleted resources on fighting the pandemic.

The Western powers rejected the idea and kept renewing the sanctions with genocidal consequences for  the affected populations.

The West is generally resource-poor.

Eastern Europe and Africa have shared the similarity of remaining highly resource-rich.

However, in Eastern Europe the Western media have avoided describing NATO’s expansion there as resource  colonialism.

Not so in Africa.

There the Western media have not shied away from openly admitting, even advocating, a recolonisation  project/experiment since the end of the former Soviet Union.

In Zimbabwe for instance, The Daily Gazette was echoing the Western media when in 1993, on January 28, it published a story titled ‘Africa in need of a new colonialism?’

Essack cited The New York Times which had openly stated that: “Africans are a savage people, neither mentally nor economically able to adjust themselves to the swift pace of  civilisation.”

Time magazine was also reported as engaging in publishing similar attacks on Africans and prescribing re-invasion and recolonisation as the way forward.

So was The Spectator (British).

Then in 1997, The Executive Intelligence Review hinted at the real motives for the Western  political and moral attacks on African independence, saying: “Driving the British and other Western actions this time, is another Great Scramble. The international financier oligarchy, grouped around the House of Windsor, knows that the world financial bubble – which they themselves have created – cannot be sustained and will burst.

They are getting out of paper financial instruments and into hard commodities, precious metals such as gold; strategic metals such as cobalt, tantalum, (and now lithium); base metals such as copper and zinc; energy supplies (such as oil and gas); and increasingly food supplies.”

Indeed recently and suddenly, the world learned how important the black soils of Ukraine were and why we were experiencing bread shortages.

For MaDzimbahwe thus was after 20 years of being told that land was no longer important in the era of digitisation and cyber space.

Therefore it was because of our backwardness that we risked too much to take back our land from white settlers who had monopolised its possession and control for a century.

What to expect this time round

Western teams coming to Africa may continue to talk about reform as their main mission but resources is the real purpose and it is urgent.