Home Analysis What would make PAP a ‘Pan-African’ parliament? 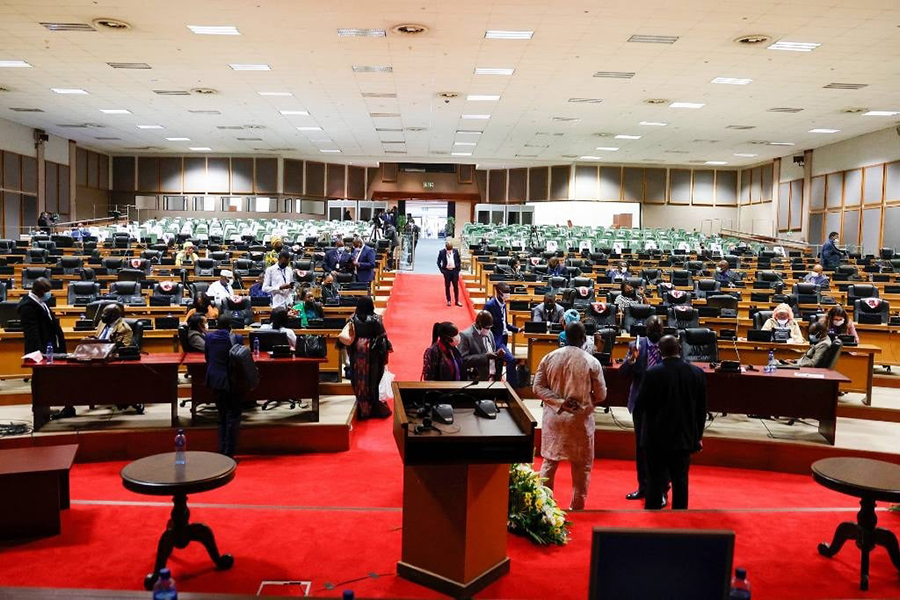 FOR Zimbabweans the big story about the reconvening of the Pan-African Parliament (PAP) this year was the elevation of Zimbabwe’s own President of the Chiefs Council,   Ishe Fortune Charumbira,  to become PAP President.

Madzimbahwe indeed rose to the occasion to congratulate the chief and to celebrate his election as a great honour for Zimbabwe. That was proper.

Yet as a people whose own sovereignty and independence were born out of Pan-African thought, Pan-African  action and support, Madzimbahwe were also looking for something to share, to celebrate,  with the rest of the Pan-African community about the re-opening of PAP at such a critical point in global politics.

The Herald told us only that what was new about PAP this time was its intention to move from “activity reporting”  to “performance reporting” when evaluating the work of that African body.

Whose field, whose flowers, whose pollen, whose bees to produce honey for whom?

To be  consistent with The Herald’s metaphor, let us, for the purpose of illustration, accept pollination as the desired result. What remained and still remains missing from the story of PAP is clarity on ownership. On whose ideology is the PAP founded and motivated? Is the field occupied by the PAP in world politics indeed an African field pollinated by African bees yielding honey for the African povo?

There is a tendency to assume that any activity or gathering where Africans from different countries are included or  involved is Pan-African. This assumption comes from the neoliberal idea of inclusivity. So a PAP which includes countries that voted for the 2011 NATO invasion and destruction of Libya is still Pan-African because we are limiting the definition of Pan-Africanism to mean just inclusive of Africans.

But the original meaning of Pan-Africanism emphasized African unity (not just inclusivity) as an ideal and goal.

When we read classics such as Walter Rodney’s “How Europe Underdeveloped Africa” and  Bernard Magubane’s “Race and the Construction of the Dispensable Other”, we discover not only the persistent and continuing exclusion of Africans from protections and privileges claimable under Roman Dutch law and English common law but also the existence and development of African law outside the Eurocentric system of what is called “universal human rights.”

After all, apartheid  as a state doctrine and state law was promulgated the very same year (1948)  as the Universal Declaration of Human Rights (UDHR) and  that UDHR  was not applied to Africans even theoretically until 1973.

It was  African living law therefore which enabled Africans to mobilise the Mau Mau and First Chimurenga movements which defined the colonised and dispossessed African’s relationship with the white settler, the slave master, the apartheid baas  and  the imperialist.

Africa is still in the early stages of developing the living law basis for reparations;  and the works of authors such as Walter Rodney and Bernard Magubane do help to frame the conversation.

In terms of that living law,  it is  one  manifestation of on-going crime that Western  museums  continue to hold  African artefacts and human remains looted from Africa during  the wars of slavery and colonisation.

But the West has never run short of imperial laws to cite in defence of such a clearly criminal arrangement, just as it cannot run short of “laws”  to justify the NATO destruction of Libya, the US-UK invasion of Iraq and the current NATO war of encirclement  against the Russian Federation using Ukraine.

Indeed, the so-called Zimbabwe Democracy and Economic Recovery Act, the US sanctions decree against Zimbabwe, is a typical imperialist law invented solely to defend white land theft in Zimbabwe against and beyond our living law of Chimurenga. And unlike sanctions against other nations and entities which are  issued as decrees  by the US Executive branch of government, ZDERA has been domesticated in the US as an Act of Congress.

It is in this context that we must ask what it is that makes the PAP  a Pan-African Parliament, if it will have nothing to do with the African struggle for reparations represented by Zimbabwe’s Third Chimurenga?

The reparations issue  connects all periods of African history down to the present. In that regard it is disappointing to learn that what is new about PAP is the application of principles from the so-called Integrated Result-Based Management (IRBM), without saying what business, whose business, PAP is going to be managing using IRBM techniques.

In addition to highlighting the adoption of the IRBM method of running the PAP, the records show that the main business of this body is “governance”.

This can be gathered from the brief given to the donor-sponsored “expert” seconded  by the European Union ( EU) to the African body as  advisor.

a) Implementation of  the High-Level Dialogue on unconstitutional changes of government and political transitions in Africa, that is to say, organise activities toward dialogue on coups d’etat in Africa while excluding the recent NATO destruction of Libya and its aftermath for the continent;
b) Organisation of the Annual Parliamentary Conference on Women’s Empowerment and Participation while excluding the impact of Western sanctions on women, children and youths in Zimbabwe and the SADC region;
c) Organisation of  the  PAP Conference with Civil Society Organisations (CSOs); and
d) Reinforcement of the African Governance Infrastructure (AGA) by using it to carry out tasks in ( a) to ( c) in the preceding.

The purpose of the AGA is to harmonise and coordinate  donor funded initiatives on governance, democracy and human rights in Africa.
And the purpose of donor funding is explained as to contribute to the achievement of aspirations three and six of the African Union’s “Agenda  2063”.

The two  aspirations are:
“An Africa of good governance and respect for human rights, justice and the rule of law,” and “An Africa whose development is people-driven, relying on the potential of African people, especially women and youths…”  Yet that potential is exactly what sanctions and imperialist laws masquerading as universal are intended to defeat.

Tentative steps toward a pan-African agenda

Apart from issues of ownership of the economy, reparations and unity, Pan-Africanists have always been concerned about the position of the continent in geopolitics.

And now, in the aftermath of the NATO invasion and destruction of  Libya and the current  NATO war of encirclement against the Russian Federation, the future of Africa in geopolitics is a matter of urgent concern for Pan-Africanists and their institutions. Europe is looking to Africa to compensate it for its loss of access to cheap
energy and food resulting from the NATO war against Russia over Ukraine.

All of Europe is deeply implicated together with the United States in the war against Russia over Ukraine.

The values of so-called good governance, democracy and human rights  which the EU is sponsoring  for Africans are not being  observed at all  in that brutal NATO  struggle against Russia.

It was in the aftermath of the failures of economic structural adjustment programmes in Africa that the World Bank (WB) embarked on its project to build  the governance  “industry,”  which  is now referred to as  AGA (African Governance Infrastructure),  on behalf of the Washington Consensus. That history is critical for understanding the Pan-Africanist disappointment with both the African Union and the Pan-African Parliament.

First, Pan-Africanist scholars agree that the World Bank made a Machiavellian decision  to invest in the development of an ideology for African elites  and not to industrialise African economies. This the Bank did on behalf of the North Atlantic powers whose veto  powers cascaded through the same Bank  and the IMF  down through  the entire global financial system at the time.

As Adebayo Olukoshi says in  “African Voices on Structural Adjustment”,  the World Bank  “attempts to blunt the powerful reservoir of nationalist opposition to structural adjustment as a foreign imposition by dismissing the forces of nationalism as being, historically, peddlers in post-independence Africa of inappropriate ideas of modernisation borrowed uncritically from abroad.”

Yet, in fact:
“The World Bank’s investment in political theory (for  Africans) is, thus, primarily designed to find political supporting blocks for orthodox structural adjustment to be more effectively implemented.”

Second, the choice of one political theory or ideology in which to invest is not a neutral academic choice motivated by desire to discover knowledge and truth through research. On the contrary, “the governance is, in fact, reduced to a managerial/technocratic affair (IRBM) tailored  to the goals of  an  adjustment programme  that, in the view of many, has …contributed to the reproduction and intensification of authoritarianism (not democracy) in Africa.”

Often the Bank’s co-optation of African writers and intellectuals looks academic only because universities and professors have been roped in. But in reality this is an investment in a form of neoliberal catechism intended to entrench coloniality within an through a co-opted African elite.

So, the question remains wide open: What should Pan-Africanists do with the Pan-African Parliament?