AS we head towards the 2023 harmonised elections, it is not a secret that the opposition and so-called civil society organisations (CSOs) are being sponsored by the US and its allies.

We say ‘so-called CSOs’, because the truth is that they are regime change agents bent on toppling a democratically elected Government by any means necessary.

They are being funded to promote anarchy in the country.

They are being given millions in their quest to topple the ruling ZANU PF from power.

The Patriot has continued, and will continue, to write extensively about this and it is crucial for relevant authorities and Zimbabweans in general to take heed.

We have already seen how some organisations, like Heal Zimbabwe Trust, ZINASU, ARTUZ, CCiZ, Youth Forum and Team Pachedu, among others, are inciting the public to demonstrate against the Government of the day.

They are being used by their Western handlers in their futile attempt to turn the masses against the revolutionary ZANU PF.

We also have many US ambassadors who have come and gone but with one thing in common – meddling in the country’s internal affairs and working with the opposition in their obsession to remove ZANU PF from power.

And it’s a pity we have numerous quislings in our midst who have decided to side with the West in their quest to install a puppet government in the country.

They have decided to help the West in their mission of trying to recolonise Zimbabwe.

Zimbabwe is a rich country and the whiteman will never let it go.

They know how ‘sweet’ it is and that is why they colonised it and they will never forgive us for reclaiming our land.

And it was reclaimed through a protracted war that left thousands of sons and daughters of the soil dead – something that regime change agents have conveniently chosen to ignore for a mere 30 pieces of silver.

In this issue, we have unearthed how the Americans in particular have a hand in the ongoing chaos in Sri Lanka.

We have exposed how the US Ambassador to Sri Lanka, Julie Chung, played a role in the disturbances that later ensued.

And, back home, we have CCC leader Nelson Chamisa claiming that Sri Lanka is a ‘great teacher for the oppressed world’.

He thinks the events in Sri Lanka will also unfold here, but someone must remind him that Sri Lanka is not Zimbabwe.

The same applies for all regime change agents in the country as they continue singing for their supper.

Perhaps they must take a cue from President Emmerson Mnangagwa’s address at the recently held 364th Ordinary Session of the Politburo:

“I call upon the Party and nation at large to remain peaceful and unite against provocation and instigated acts of violence by our usual detractors and their surrogate pseudo opposition parties.

It is in this context that they must be respected.

We will not broker devious machinations to weaken them, from whatever quarter.

The security systems are fully aware of various antics at play and stand ready to appropriately deal with such mischief.” 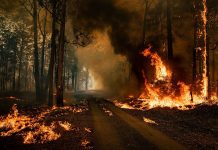