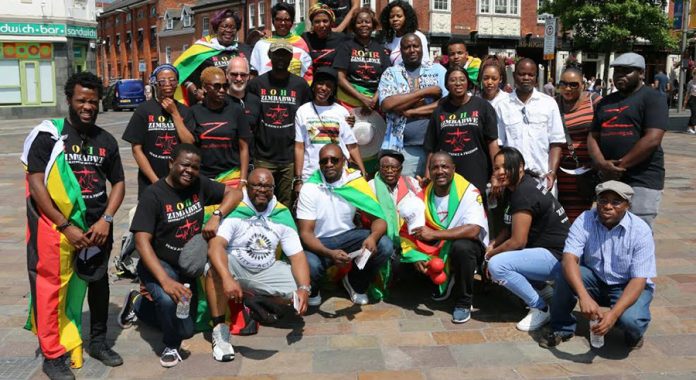 LANGUAGES of so-called weaker peoples across the world have been affected by globalisation, imperialism, neo-colonialism and linguicide.

The UK has opened its doors to thousands of Zimbabweans.

Now, we have at least three generations of Zimbabwean migrants in the UK.

There are some who migrated in the 1970s and did not return home after independence.

Then there are those who migrated after independence and thirdly there are others who came to England in 2000.

These have formed the Zimbabwean community in the Diaspora.

We now have political parties and football supporters of Zimbabwean teams in the UK.

There is ZANU PF UK. MDC-A UK, in fact, any party you can think of in Zimbabwe is fully represented in the UK.

The community is highly conscious of its Zimbabweaness but is not bonded by any of its indigenous languages.

In The Canterville Ghost (1887), Wilde wrote: “We have really everything in common with America nowadays except, of course, language,” and the 1951 Treasury of Humorous Quotations (Esar & Bentley) quotes Shaw as saying: “England and America are two countries separated by the same language.”

The above aptly describes Zimbabweans in the UK; we are one but divided by language.

Three days a week, the sounds of Shona fill the ground floor of the Palmer Butchery in Milton Keynes, UK.

Shona and Ndebele is spoken by about a hundred thousand Zimbabweans who live in the UK.

The Zimbabwean community uses language to preserve itself and avoid getting lost through assimilation and even ‘persecution’.

The need to protect Diaspora communities has taken on a greater dimension of urgency considering the speed of globalisation which is enveloping the universe.

There are nearly 7 000 languages spoken worldwide and a total of 2 500 distinct languages are under threat of extinction.

If Zimbabweans abroad shy from their languages, they will be creating a tribe-less, a culture-less and lost generation without a language binding them together.

The disappearance of languages has increased in the last decade due to changing social, political and economic landscapes.

Zimbabweans in the UK must not be caught in this sticky trap.

There is no guarantee of transfer to the next generation of a language if it is not spoken in the  home or taught at school.

Language is an important part of our culture.

Language in the Diaspora should be taken seriously as it is crucial to intellectual, ethnical and spiritual existence.

It is of strategic importance for humans and the world, influencing and shaping our identity, communication, socialisation, education and sustainable development.

Zimbabwean vernacular languages in the UK face extinction because the number that speaks them is becoming very low.

The so-called superpowers, through oppression of languages, have ‘killed’ self-confidence of most indigenous people.

People in the Diaspora struggle to keep connected.

Kennedy Mupomba, a social scientist, urged activists, artistes and teachers to use indigenous languages as a tool for cultural promotion.

Shona is the widely spoken indigenous language in Zimbabwe, with more than five million speakers spread all over the world.

The language is prominent in Corby, UK.

Misheck Marava, a Zimbabwean migrant who settled in the UK, is married and has four children.

He has changed his surname from Marava to Readers because he has adopted a new culture.

Many Zimbabweans have been seriously brainwashed by their churches here.

They are now abandoning their names because they are told to break ‘generational curses’.

We have people like Shanduka calling themselves Changes and Midzi changing to Roots and Mushonga becoming Medicines, with Nyoni answering to Bird.

However, they are Zimbos who are determined not to lose touch with their roots.

“I made it clear that in my home, Zimbabwe starts on the doorstep and Shona is the official language.”

Pastor Ncube of Manchester said he uses the pulpit to promote his culture.

“I teach my church and children to be proud of their names and being Zimbabwean. I do not understand those who give their children names from the Bible but are scared to give names from their own country, in their own language.”

Steven Maseko from Corby expressed shock at the levels of myopic thinking expressed by some Zimbabweans.

“Why are we afraid of being associated with our African cultures. We claim it to be a culture of the dead yet we embrace the biblical culture where all participants in the Bible are two thousand yeas-plus dead (sic).”

Dr Herbert Kawadza from the University of Wits, South Africa, urged fellow Zimbabweans  to “…always have a curiosity to learn and teach our children our language and culture.”

The walls of the context are sadly collapsing in many households.

As a marginalised subset of an already underrepresented community, people here are hesitant to communicate in their native language in public places.

Kudos go to owners of Pamtengo Radio Station who started the first radio station in the UK that broadcasts in Chewa, Shona and Ndebele.

Hassan Nyangani, the owner of the radio station is determined to promote vernacular languages in the Diaspora community.

He said: “Pamtengo is for folks who felt their language had been stripped from them.

“Language is a tool for bringing people in and creating this sense of community that distinguishes ourselves more as an Diaspora community.”

From a small sound booth in Luton, the station has been broadcasting day and night.

“We use our own voice to amplify the situation on the ground,” said Nyangani.

For views and comments, email: Vazet2000@yahoo.co.uk

Why we must never forget

We are no longer a British colony