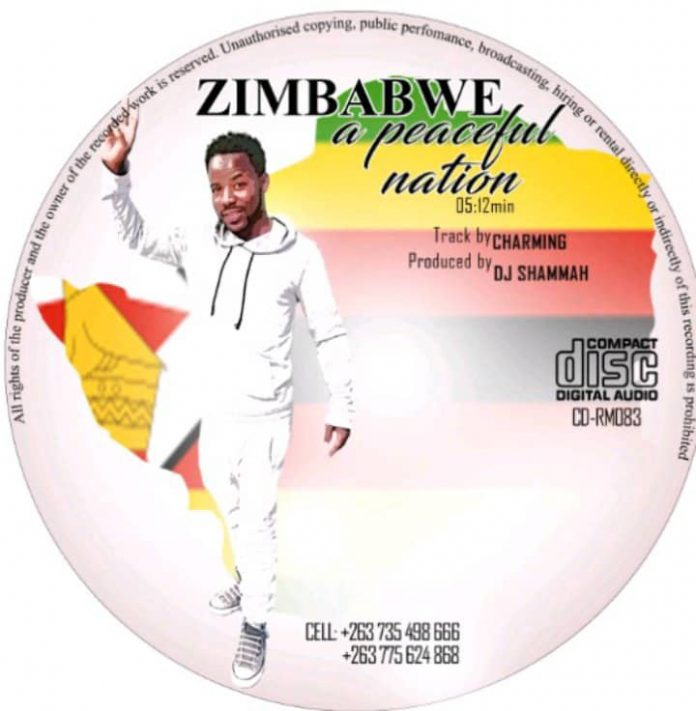 WHILE some upcoming artistes think they can find fame and fortune in mocking Zimbabwe and its leadership, some enlightened ones have decided to use music as a way of inculcating a sense of patriotism in the general public.

One such artiste who falls into the category of Chief Hwenje, Born Free, Born Fire Stalaxx and other youths is Innocent Sarimana, aka Charming.

Based in the dormitory town of Chitungwiza, Charming’s music has been well received not only by ‘ghetto youths’ but by the general public.

His music, which he coined ‘colourful music’ because it includes various genres like Afro pop, Zimdancehall, jazz, rhumba, gospel and sungura, is doing well among the youths and elders.

He recorded his first album titled For Granted in 2017.

He has three albums to date and numerous singles circulating on different platforms.

By playing with already known musicians like Juntal and Victor D, Charming has also gained experience in the music industry.

“I came up with the name ‘Charming’ because I want to always charm my fans with my productions and my shows hence my band is also called ‘Charmers’,” he said.

The talented artiste has already produced two videos for his songs, ‘For Granted’ and ‘Amor’.

The two videos have been well received on social media platforms, including YouTube.

The song ‘For Granted’ is about someone who loves someone but is taken for granted.

‘Amor’ on the other hand, which is a Portuguese song, is about a foreigner who falls head over heels in love with a girl and when he wanted to go back to his country of origin, the girl refused to be left behind.

However, it is the track ‘Peaceful Nation’ that has also made Charming a darling to many patriotic Zimbabweans as he urges them to be proud of their country.

In the song, he goes to town about how Zimbabwe is a chosen nation.

He says it is a favoured nation with united and beautiful people.

In short, the chanter is saying Zimbabwe is the place to be because tranquility reigns.

“People should not market themselves by attacking their own country; instead they must sing, write and talk positively about their motherland whether they are outside the country or within,” said Charming.

“Currently, I am working on the video for ‘Peaceful Nation’ which will feature the country’s success in agriculture, mining and infrastructure development, among others.

“It will also be urging the nation to be proud of our cultural values and monuments and continue to be a peaceful nation. “Zimbabweans are a special people worldwide because they prioritise peace in all they do.

“I have travelled to other countries and what I witnessed made me proud to be Zimbabwe.”

Charming, who has not yet assembled a live band, is currently depending on session musicians although he disclosed to Patriot Arts that he plans to assemble his own band soon, resources permitting.

The artiste, who was born in 1983 and educated at Seke 2 and Seke 5 in Chitungwiza, said he will now venture into music full time.

“I’m not looking back and I don’t intend to,” he said.

“There is still so much to do and so much to sing about as we move forward as a nation.”

“I urge Zimbabweans and the youths in particular to desist from drug and substance abuse because ours is a beautiful nation with no room for such things.

“As I allude in my song ‘Peaceful Nation’, we are a chosen nation and, as such, we must all remember that we are a special people with a special country and that it is our collective role to preserve it.”