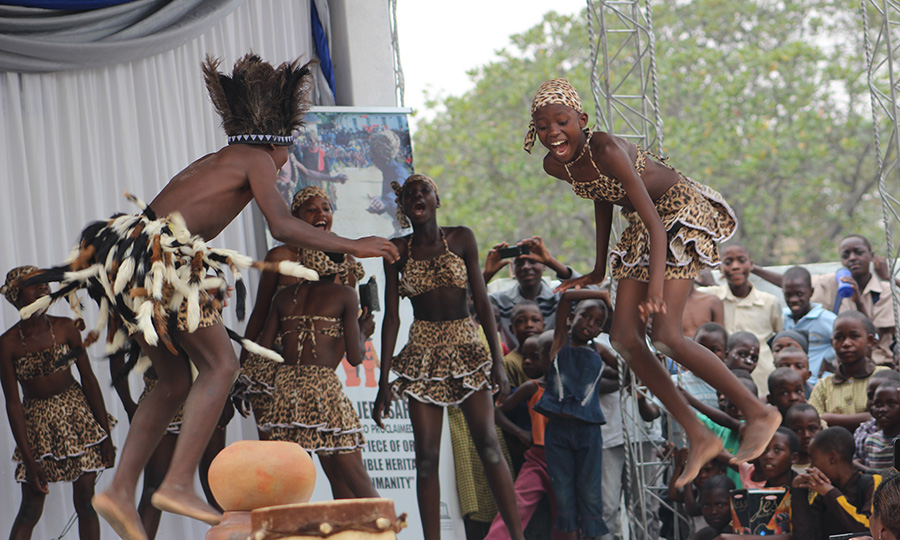 RENOWNED Kenyan writer Ngugi Wa Thiong’o is one of African writers who gave up using the English language and resorted to writing in his native tongue.

He argued that language is at the centre of the decolonisation exercise and unapologetically warned that: “Use English but don’t let English use you.”

Wa Thiong’o argues that having knowledge of English without a full understanding of one’s mother tongue is akin to enslavement.

He has stressed the point that in a given language is connection with identity, family, beliefs and, most importantly, culture.

It is, therefore, important to note that without language, no culture can sustainably exist.

What Wa Thiong’o is putting across is that it is very difficult for one to understand a culture without first learning or knowing its language.

Language has been defined as the the principal method of human communication, consisting of words used in a structured and conventional way and conveyed by speech, writing or gesture.

And what is culture?

Writer Miidzo Mavesera defines culture as: “…the world around  people: it is a way of viewing social reality that is influenced by environment and time. It is the social practices that differentiate one community from the other and at times one generation from the other.”

Mavesera’s definition highlights that it is through culture that Zimbabweans can be differentiated from people from other countries.

The culture of a people is reflected through different performing arts that range from vocal, instrumental music, dance and theatre.

The link of Zimbabwean languages and culture is reflected in their music, dance and folklore, among others.

The kuyabila music of the BaTonga people speaks differently to mbende/Jerusarema popular among the Shona in Murehwa and Uzumba,Maramba and Pfungwe. Both showcase language and culture that define them.

Important to note is that the Shona, Ndebele, Chewa, Venda, Ndau, Kalanga, Nambya, Chibarwe, Shangani and BaTonga use, among other means, music to celebrate, to relieve stress and fundamentally to preserve their culture.

To ensure that celebration and preserving of Zimbabwe’s diverse culture and traditions are maintained, the National Arts Council of Zimbabwe (NACZ) has dedicated the month of May as culture month.

In a statement, executive director of NACZ, Elvis Moyo revealed that the traditional Culture Week commemorations have been extended into a reconstituted National Culture Month running from May 1 to 31 2022.

“Following two years of mostly virtual commemorations due to the COVID-19 restrictions, NACZ is happy that the first edition of Culture Month will provide an opportunity for practitioners and consumers of Zimbabwean Culture and Creative Industries products to interact in their different spaces to celebrate cultural diversity,” reads part of the statement.

This Culture Month will run under the theme: ‘Celebrating cultural diversity, leaving no-one behind.’

It is in this month that Zimbabweans are given the opportunity to celebrate and reconnect with their cultural activities to allow social cohesion and to preserve cultural heritage.

The COVID-19 pandemic and subsequent restrictions have, in the past two years, resulted in various activities being shelved.

NACZ revealed that the commemorations of Culture Month would include all the country’s provinces.

“The inaugural Culture Month commemorations will be spread across the country’s 10 provinces, with each province developing its own commemorative events co-ordinated by the NACZ provincial offices. NACZ has already begun engagement of different communities at ward, village and district level to develop a calendar of events of all culture month activities,” said NACZ.

According to NACZ, Culture Month aims to bring social cohesion and integration through the arts and culture, showcasing diverse cultural practices through various forms that include dance, food, attire, visual arts, literary arts, film and television, music and poetry and bringing together diverse cultural activities and practices for increased public consumption.

“The Culture Month activities will also afford the nation an opportunity to achieve national consensus in diversity, through commemorating yesteryear cultural practices as well as contemporary (popular) culture that inform the Zimbabwean cultural identity in a globalised environment for sustainable socio-economic development and prosperity.”

It is, however, sad to note that despite efforts by NACZ to celebrate culture, some Zimbabweans are failing to detach themselves from Western culture with some believing it to be more superior to indigenous ways.

Christianity and colonisation have left many confused with regards to where they belong.

We must continue to remind each other that our former colonisers used their education and religion to further remove and alienate the African from his/her culture.

Zimbabweans must, therefore, take the opportunity to embrace events such as Culture Month to reconnect with different cultural activities that connect them with their identity and heritage.

Culture Month will be celebrated in line with UNESCO 2001 Declaration of World Day of Cultural Diversity for Dialogue and Development which is designed to promote, commemorate and celebrate the world’s diverse cultures.