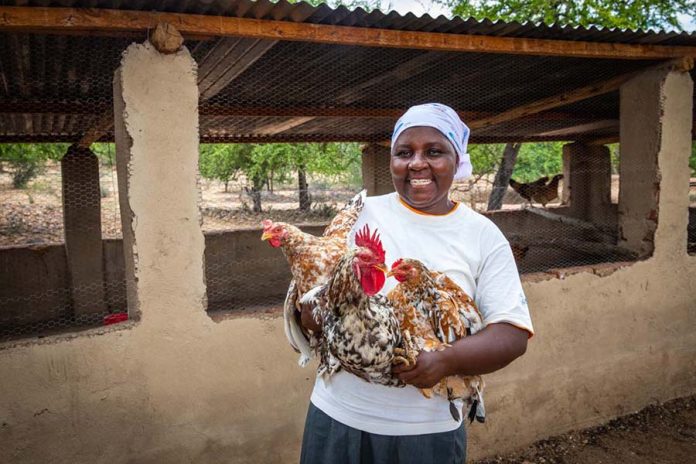 FROM the pre-colonial annals of history to present day Zimbabwe, almost every indigenous clan or group of the Shona peoples were obliged to follow an intricate set of regulations governing the cuisine protocol of the communal heirloom chicken – Makarekare hari yehuku yaive nemitauro nemitemo.

Meat protocol was historically, and still is, a sensitive issue in the village.

Many young urban brides (varo’ora), accustomed to pre-packed food from supermarkets, when visiting their husbands’ rural homes for the first time, have been taken to task by the presiding ‘tete’ to edify the forlorn new spouses on the ‘correct protocol’ involved in the slaughter, cutting and distribution of the various portions of the chicken.

Although, as in Western kitchens, indigenous women govern this domain; here, fathers silently dominate the protocol of apportioning the chicken when it comes to eating.

While the father engorges on the chicken, chicken backs are reserved for the mother and the chicken feet are normally fed to children in some ethnic clans.

Mutsika nemagariro – in traditional custom, the specific portions of a chicken were symbolic.

For instance, mothers were given the backs of the chicken (musana), that symbolises their bearing of children; the gizzard (chikanganwa hama) was given to the father as head of the family.

Similarly, chiropa (the liver), chicken breasts and neck were served to the father of the homestead – baba wepamusha.

Because a cockerel stands on a hen’s wings when mating this is viewed as an allusion to fertility, the chicken wings – mapairo are held in high esteem by the father and are also habitually served to him. He may, in turn, give one or both to his favoured boy-child!

In the alpha-isiNdebele culture, to witness two cockerels fighting in a homestead signals the arrival of an important stranger or visitor and foretells good luck.

Similarly, the sightings of a cock fight in a neighbouring village also foretold good news and good fortune for the entire village to be announced by the village chief.

Incidentally, in socio-cultural politics and folklore of the indigenous chicken, it is said that on the dawn of independence in 1980, many villages witnessed cockerels fighting; especially near Murehwa, Mhondoro, Matobo, Masvingo, Chiweshe, Domboshava, Zvimba and Nyanga areas.

There were also numerous reports of cockerels fighting in Mbare, the traditional homestead of Chief Mbire, on the eve of independence in 1980.

Could there be more to this symbolic phenomenon?  After all, we are all familiar with the cock that crowed three times in the Biblical narrative that foretold of the betrayal and the death of Jesus Christ.

In the socio-cultural political matrix, kukurigo – the Shona onomatopoeic heraldry of the cockerel — was once the war cry of ZANU-PF and ZANLA.

It symbolised a new dawn and a new independent Zimbabwe. The jongwe was also once the ruling party’s insignia to symbolise authority, defence and independence.

A cock crowing was also used to announce The Voice of Zimbabwe, a radio station that broadcast from Maputo, Mozambique, to keep the fighters and Zimbabwean population appraised on the liberation war.

Indigenous Shona culture is accommodating in spiritual and social matters.

If a villager was of meagre means he/she would present a placatory offering of a chicken as a symbol of sincerity and compliance with his/her respective cultural obligations – huku yaibatwa sechishwe.

Chickens were used as a form of fine for misdemeanors or minor crimes that breached cultural protocol.  Atonement for the crime was evaluated and fines were charged according to the gravity of the offence — Mhaka yekutyora chivanhu yayiripwa nehuku mbudzi kana mombe. Thus, traditionally, chickens were a form of mobile currency – not unlike (or better) EcoCash today!

Perhaps the Government of Zimbabwe, through the Ministry of Lands, Agriculture, Water, Climate and Rural Resettlement should capitalise on this knowledge and create a comprehensive programme in their new agricultural policy to support and increase the production of our heirloom organic chickens.

Dr Tony Monda is Zimbabwean Socio-Economic analyst and scholar.  He is currently conducting Veterinary Epidemiology, Agronomy and Food Security and Agro-economic research in Zimbabwe and southern Africa.  He is a writer, lecturer and a specialist Post-Colonial Scholar. He holds a PhD and a DBA (Doctorate in Business Administration) in Post-Colonial Heritage Studies. E-mail tonym.MONDA@gmail.coM