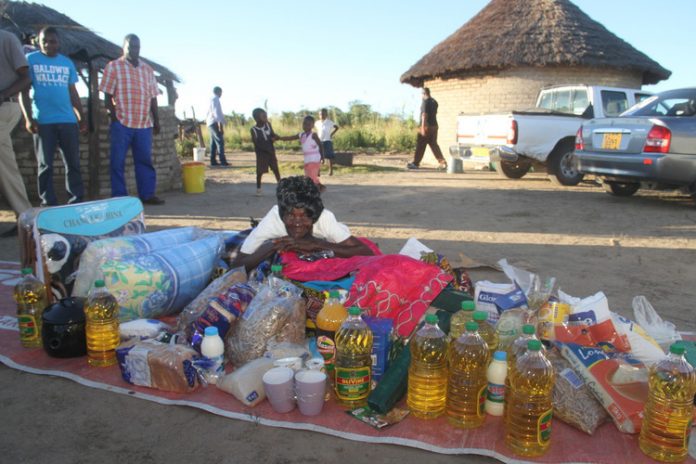 THIS year marks 24 years since the death of sungura legend Kwangwari Gwaindepi, aka Leonard ‘Musorowenyoka’ Dembo, who died on April 9 1996.

For the first time in history, a local radio station played Dembo’s music for 24 hours continuously on April 9 this year in honour of the great musician.

ZBC’s National FM heeded the appeal from the Dembo fans throughout the world to celebrate his life by dedicating the whole of April 9 2020 to playing his music.

The feedback was overwhelming.

Dembo was a unique artiste whose music career was characterised by unusual events; ranging from superstition, fights and shunning all sorts of media attention, among other things.

Some of his fans even idolised him.

The departed musician was a unifier among his fans.

A WhatsApp group of his fans worldwide has been created, and thousands of people use the group to know more about their favourite musician, donate money and goods to his family, including his mother and also to do business.

The same group donated foodstuffs and other essentials to Dembo’s mother Sukai Pasipanodya after the media publicised her plight.

Members of the local group ‘Let’s help Mbuya Dembo’ were taking turns to visit and provide her with basics.

Interacting with some members of the WhatsApp group, this writer discovered they do not play any other music besides Dembo’s.

Most of them purchased original CDs by the musician in order for the family to benefit from royalties.

They are faithful ‘disciples’ and do not take lightly to anyone pirating Dembo’s music; sometimes taking the law into their own hands, something Dembo himself used to do.

At one show, he got in trouble with the law after he discharged a firearm to disperse a marauding crowd which had blocked him from his Toyota Cressida.

The crowd did not want hime to leave as they wanted him to keep on playing.

At times he would leave his guitar on stage and ‘discipline’ anyone found taking pictures or filming his show.

That was Dembo, a man who was media-shy.

There was also a teacher in Triangle from a school called Terry Goss High School who was beaten by Dembo using his lead guitar after he went on stage trying to force the musician to play the song ‘Chitekete’.

The show had to be briefly stopped as police intervened.

Dembo hailed from Chivi and it is in that area where an avid fan called Felix Chuma lives.

Chuma is known in his neighbourhood for playing Dembo’s music only and people now call him ‘Musorowenyoka’.

In his home, he repeatedly plays Dembo’s few video recordings, including some of the rarest.

Of course some may remember ‘Manager’ and ‘Sharai’ but Chuma has some unique ones.

They are circulated among Dembo’s most revered fans.

Perhaps they are provided by Dembo’s wife who has since ‘fallen’ for the group.

It was through this fan group that she developed a good relationship with the media, unlike her husband.

Chuma recalls how, in 1994, he attended Dembo’s show at Rufaro Hall in Triangle.

Chuma and his brother, at the time, used to nurture a vegetable garden which was thriving in their home area of Gororo Village, Chivi, which is not very far from Triangle.

That was the period Dembo released the scorchers ‘Nzungu Ndamenya’ and ‘Pawpaw’.

After hearing that their favourite musician was coming to play near home, they cleaned their garden empty as they sold all their vegetables to vendors from Chiredzi in order for them to attend the show.

Another fan, Roy Zireva, from Masvingo said his uncle, who they called ‘Makadho’, was sent by his parents to sell a beast at the market in town for the general upkeep of the family.

It turned out that Dembo was playing in Masvingo that particular day and Makadho used some of the money to buy himself nice clothes and to attend the show.

There was also another incident in Masvingo involving brothers who were sent to to the grinding mill, but ended up selling the grain in order to attend Dembo’s show.

They, like ‘Makadho’, had to seek refuge from nearby relatives fearing instant justice from their angry parents.

But all this was done for the love of Dembo’s music.

It is not a secret that, to date, some white people also find Dembo’s music irresistible.

For example, a UK-based band consisting of whites, Kamikaze Test Pilots, usually entertains UK-based Zimbabweans with live renditions of Dembo’s music, churning out songs like ‘Sharai’, ‘Chitekete’ and ‘Venencia’, among others.

The group has taken social media by storm.

To many people, Dembo’s life was short-lived.

One can only imagine the number of gems he could have produced had he lived longer.

Perhaps it is true that geniuses do not live long, but their works live forever.

No doubt, their works immortalise them.

Dembo was, and still is, a legend in his own right.