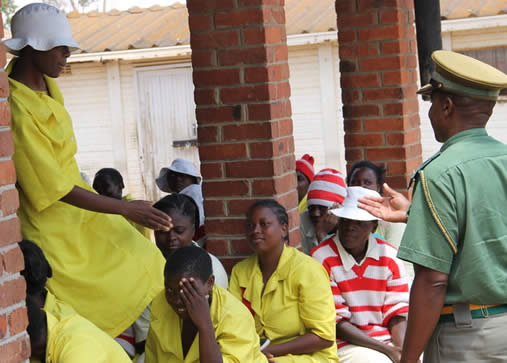 BESIDES churning out people’s favourites and entertaining crowds in various entertainment joints, some musicians have hogged the lime light for all the wrong reasons.

There are musicians who have strayed from the right path and found themselves behind bars.

They have been incarcerated for crimes ranging from rape, robbery, drug busts and murder.

Thankfully, a good chunk of them learnt their lesson and cleaned up their act after some time inside.

Some have used that time to rediscover themselves and polish their act so that they emerged better musicians after their release. But others had their careers destroyed by jail time.

One musician who used his time in jail profitably was Simon ‘Chopper’ Chimbetu who was said to have taken his guitar with him into incarceration.

The talented musician was arrested and convicted in 1993 for four years for receiving stolen property.

Soon after his release, he launched the album ‘Pachipamwe’, which instantly became a hit.

Chimbetu reclaimed his top spot on the local charts after his stint in prison. He churned out hit after hit as witnessed by his consecutive albums, like ‘Survival’ and ‘Lullaby’ which went Gold on the market.

The ‘Tanga wandida’ hitmaker served 13 months in prison and was released by presidential pardon. He even composed the song ‘KwaChiundura’, exonerating himself from wrongdoing. However, it was his song ‘Back from college’ which catapulted him back to his pole position soon after his release.

His song ‘Dai Uriwe’ was a reference to the unfortunate incident. During his heyday, he was known for imparting instant justice and violent behaviour.

“He would never call the police and he had no bouncers guarding him. He was one musician who, if violence erupted during the show, would stop the music, go off stage and deal with the culprits,” said Samora Nendanga one of Muchawaya’s former band members.

Unfortunately his time in prison negatively affected his career as he did not do well after his release; he had lost his touch.

He came back from prison a different musician, who had lost his composing skills except his signature hoarse voice.

In 2018, Chase Skuza was arrested while on stage and jailed for some months in a South African prison for defrauding a truck driver of ZWL$2 900 in 2015. Chase, young brother to the late Solomon Skuza, had carved a niche for himself on the musical scene through the rendition of Solomon’s song ‘Banolila’ which had put him on a firm footing; but his stint in prison made him fall from grace. He is trying to find his way back but with little success so far.

Josephat Somanje and Thomas Makion also had a brush with the law after having sexual relations with underaged girls. Josephat was also accused of rape by his wife.

Since these sexcapades, the ‘Tokudai Mese’ hitmaker has found it hard to achieve the magic he once brewed when he collaborated with his late brother Daiton. Female songbird Dudu Manhenga was also slapped with 18 months at Chikurubi female prison for culpable homicide and driving with a learner’s licence without supervision.

Across the Limpopo, Freddy Gwala, who used to steal cars during the apartheid regime era, found himself serving a 10-year jail term. When he got arrested, that’s when he realised that crime does not pay more than his singing talent. The incarceration was so unbearable to him that after his release, he composed and sang the song ‘Ngeke ngiphinde ngintshontshe imoto’.

“When you are given a sentence of 10 years, that means you are dead for that period because there is nothing happening in your life” said Gwala to the press in Bulawayo in 2012.

Nigerian Afro beat king Fela Kuti was once arrested and convicted of currency smuggling by the Nigerian Government before the Amnesty International intervened, saying the move was politically motivated. Kuti was one of the musicians around the world whose career was propelled by controversy.

The legendary Tupac Shakur was once charged with sexual assault in 1995. He was shot five times the day before verdict was announced and had to enter the courtroom in wheelchair. While imprisoned, he got married and released his album ‘Me against the world’, that became an international best seller.

Jamaican reggae star Vybz Kartel is serving 35 years in jail before he will be eligible for parole for the murder of one Clive William in 2011.

Talented American musician R. Kelly is under federal custody without bail in Chicago, awaiting trial of alleged sexual misconducts. His musical career has nosedived and his fan base has dwindled since the beginning of his trials which included alleged child pornography.

However, there are musicians like Macheso, Majaivana, Jays Marabini, Victor Kunonga, Hope Masike and others who have prospered without riding on controversy. 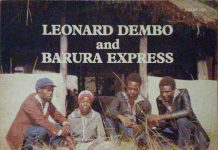 The Dembo genius… do people really know him?