Home Arts Of musicians and collaborations 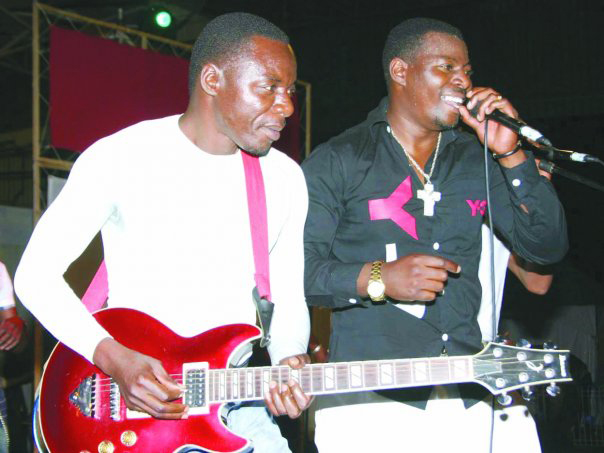 WHEN musicians come together for

collaborations, fans are united and the

In this article, I will talk of

characterised by depth and skill.

up to collaborate without putting much

thought into their projects, taking fans

Little known names in the industry

have tried to work with big names

to boost their fan base but their

contribution in the collabo is not good

A collaboration worth its salt should be

That means the big artistes should

shun collaborations with those who come

The late great superstar and national

hero, Oliver Mutukudzi, had many

collaborations with upcoming and little

known artistes but he worked with

people who were serious about their

A majority of the artistes he worked

with were doing well in their own

Some of the young artistes who

partnered well with Mtukudzi include

There are some big names who have

collaborated and come up with excellent

projects that have stood the test of time.

Who will ever forget the Somandla

The duo’s ‘Moyo Wekurera’ became an

instant hit and received so much airplay

both on radio and television.

Whenever the two friends did live

shows, fans kept on calling for more of

When Mtukudzi and James Chimombe

recorded the song ‘Iwe neni’, it became a

The song which was recorded in the

and stayed on local radio charts for many

Many people will remember the lyrics

would request the song.

with Biggie Tembo, on the song

They also collaborated on the song

collaboration with the sungura maestro

example of two artistes coming from

different genres to come up with an

The age difference did not matter;

produced a sing-along duet ‘Kokai’ which

became, and still is, every ghetto youth’s

equally good voices to the project.

The video was not done in a hurry, the

two gave it their best.

so well on the collaboration of the

Besides making collaborations in

singing, musicians can also help each

other by writing songs for each other.

In the early 1980s, Thomas Mapfumo

for Oliver Mtukudzi and the single went

sterling, a lot of money at the time.

Mukanya during a television interview

known as Mukadota in the arts industry,

Mukadota knew that the person who

could sing it better than him was none

have collaborated with artistes from

other countries and come up with good

projects but others have flopped.

came up with poor projects when they

while Jah Prayzah came up with an

excellent song and video with Charma

Girl from the same country.

Collaborations and unity among

musicians should go beyond

compositions and vocals but big artistes

who are good instrumentalists can make

exciting collaborations along those lines,

playing for each other.

Fans love that. Have you noticed

how fans get excited at live shows

when Macheso plays his bass for other

In the DRC, we have individual artistes

is regarded as one of the best rhythm

guitarists in Africa, Dally Kimoko who

is a highly rated lead guitarist in Africa,

creative drummer and chanter as well

dancer Yondo Sister with their melodious

All the above artistes come together

every year to record an album under the

name Soukous Stars. Their shows are

you will agree theirs is one of the best

collaborations in the world.

These are the types of collaborations

we wish to see in our motherland. For

instance, if we have Donald Gogo,

or Innocent Mjintu on rhythm guitar;

Orbert Gomba or Sam Mataure on

or Luke Taurai Kancheta on bass then

we have the talented Chief Hwenje, Alick

this model star-studded band would be

We can have such collaborations

recording a project every year.

Musicians should create platforms to

We used to have places such as Book

Cafe, Mannenberg and Jazz 105 where

artistes would interact. Some well known

artistes have divided their fans into

among themselves, especially dancehall

Musicians should unite for the growth