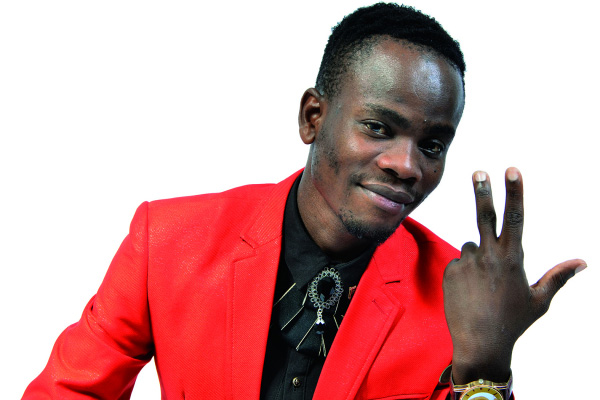 ZIMBABWEAN music genre called sungura or museve has stood the test of time after being threatened by several genres like Urban Grooves and Zimdancehall, among others, over the years.

The music, which is a fusion of jiti and Kanindo, was named sungura due to its fast beat.

Sungura means hare (an animal known for its fast speed) in Kiswahili.

Musically, Zimbabwe is renowned for the fast beat jiti music which was derived from our traditional pfonda, characterised by drumbeats, clapping of hands and singing.

Morden instruments, like guitars, were added to jiti, leading to the birth of sungura. Kenyan Kamba-Benga music, which is often referred to as ‘Kanindo’ after prominent producer Oluoch Kanindo, was borrowed, repackaged and found a new style in Zimbabwe in the late 1970s and early 1980s.

The Kanindo beat is distinguished by its fast-paced rhythmic beat and bouncy finger-picking-guitar techniques.

Musicians like Simon and Naison Chimbetu, Leonard Dembo, Nicholas Zacharia, Alick Macheso, Ketai Muchawaya, Knowledge Kunenyati, Marko Sibanda, Mashura and the Okavango Band, Tineyi Chikupo, Ephraim Joe, John Chibadura, and Ngwenya Brothers, among many others, made names for themselves on the local scene and neighbouring countries due to the sungura music genre.

The genre has gone through major transformations, evolving with the times to remain relevant and avoid extinction-The Zimbabwean music genre, known as Urban Grooves, became popular around the year 2000 when the Government took a deliberate policy to promote local arts by enforcing a 75 percent threshold for broadcasting local content on national media. It posed a serious threat to the survival of sungura.

Previously unheard of singers and producers immediately became household names as their music was played on the country’s television and radio stations.

The bulk of artistes were youngsters whose music appealed across generations and social classes.

Musicians like Alick Macheso, Nicholas Zakaria, Somandla Ndebele, System Tazvida and Ngwenya Brothers stood their ground and maintained as well as grew their fan base and sales.

The sungura skin proved tough and they did not feel the pinch of Urban Grooves.

Eventually the Urban Grooves genre would experience a downward trend as other genres,  like Zim Dancehall, took centre stage. But artistes, like sungura maestros Alick Macheso and Tongai Moyo, continued to attract crowds.

The Urban Grooves artistes had to combine efforts to attract big numbers for shows. Some preferred to become curtain raisers to prominent artistes for survival.

The rise in popularity of Zim-Dancehall has seen artistes, such as Winky D, Jah Signal, Shinsoman, Poptain and many others, detach themselves from the all-inclusive Urban Grooves and become part of the growing Zim-Dancehall movement — again becoming a major threat to the survival of sungura.

However, the coming on board of new young and talented sungura artistes has proved that the genre’s death is some time away.

This young crop of artistes is getting so much appreciation from fans and lots of airplay on local radio stations.

Music promoters have also seen that there are rich pickings in the sungura genre and have continued to support it.

The recent Macheso album launch is  testimony of how sungura music is faring.

The young and talented young sungura artistes who supported Macheso at the launch are the future.

Even prominent promoters, like Josh Hozheri and Chipaz, have continued to support the genre.

Arguably, Winky D is the only Zim-Dancehall artiste who can singlehandedly hold a live show while the rest need to hunt in packs to make a kill.

Another one who could have successfully hunted alone is the late troubled and talented Soul Jah Love.

Most Zim-Dancehall artistes, like Bounty Lisa, Daruler, Don Gaga, Bazooker, Jah Master, Van Choga and Ras Caleb, among others, are finding it difficult to maintain the form that saw them at one stage commanding crowds.

Some have become one-hit wonders.

Interestingly, many Zim-Dancehall artistes have made names and topped charts by making renditions of sungura songs by yesteryear greats.