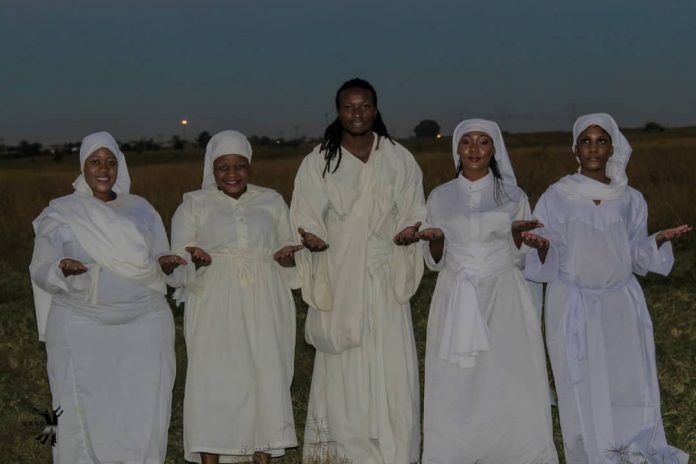 IN the early 2000s, the late Piwayi Dzuda, a ZTV presenter of a gospel music programme ‘Psalmody’, once stirred a hornet’s nest after playing a song called ‘Mabvi nemagokora’ from Khiama Boys.

The video was very popular for its ndombolo style dances, hence it was considered heathen by Christians.

Marko Sibanda and Kassongo Band’s song ‘Muponesi wangu ndiwe Jesu’ was also condemned as ungospel even though it praised Christ throughout. They argued that the songs were not gospel at all and they were declared blasphemous.

This left many with a million dollar question: What constitutes gospel music?

Is it the musician or the lyrics?

Some define gospel music as any genre different from secular music (music yemunyika) that praises God through preaching the Bible in lyrical and musical form, with the aim of acknowledging God as Creator of the universe and the only authority who sustains every manner of existence.

Some say the lyrical content is not enough but the lifestyle and the behaviour of the musician as well: “Haungaponese mweya yakarasika iwe wacho wakatorasikawo” said one gospel fan.

One local pastor urged his congregants not to listen to gospel music from secular musicians saying that music sung by a person who is not ‘anointed’ does not impact people’s lives, hearts  and souls.

Some are of the opinion that it is difficult to take a musician seriously whose lifestyle is punctuated by drug and alcohol abuse, violence and loose morals as a gospel artiste.

They said, do as I say not as I do, does not work in Gospel because Jesus himself was exemplary throughout his ministry on earth.

Some even go to the extent that certain musical genres do not meet the gospel music criteria.

Dancehall, Rhumba and sungura are some of the local outstanding genres which are considered by some as unholy when it comes to gospel music.

A musical instrument, such as the mbira, is equally condemned while previously the traditional drum (ngoma) was also not permitted in church but slowly it has found its way and acceptence into indigenous churches and a few pentecostals.

The mbira instrument is finding it difficult to penetrate the gospel arena as it is condemned to mashavi or madhimoni. Surprisingly, the mbira instrument is a simple African instrument made from curved wood and pieces of metal. Traditional instruments were said to belong to pagan religions by early missionaries and that got into some churches today.

Charamba’s coming into the music industry in 1997 was a game changer as he introduced gospel in sungura beat which was an instant hit on the market as it was massively accepted.

Many artistes followed suit. Even gospel divas refused to be outdone as the likes of Agatha Murudzwa, Fungisai Zvakavapano Mashavave joined in this sungura genre.

Many people thought gospel music should sound soft and Western.

Even dances which were labelled heathen are now acceptable in churches.

Charamba also proved to the people that gospel music is not only about singing about God, Jesus or the Holy Spirit but also touched on social issues like HIV and AIDS as well as road safety, among other social issues.

From the early 1980s people were used to the keyboard and solo guitars as the major instruments which characterised gospel music ahead of other instruments.

Mechanic Manyeruke and Jordan Chataika’s music was synonymous with gospel music. Currently, we are witnessing a new trend of gospel music in the form of collaborations of secular and gospel musicians into genres such as dancehall, Rhumba and sungura.

Some have called it ‘mospel’ (money gospel or what money has spelt) as they say the artistes hide behind gospel music umbrella when in-fact they are targeting the market.

The collaborations which come to mind are Fungisai and Killer T, Jah Prayzah and Zimpraise, Jah Prayzah and Vabati Vajehovah, Kubatakwashe featuring Dispatch who is a Rhumba artiste and Baba Harare who is better known for his ‘bedroom lyrics’ and sounds more like Jacob Moyana of the ‘Munotidako’ fame.

Some secular artistes have been lured by prophets who own churches to spruce up their images and attract congregants.

One artiste who refused to leave secular music after being ordained as a pastor by a local prophet is Leonard Zhakata who still composes and plays secular music in leisure centres.

Some artistes, after noticing they no longer do well in secular music, became pastors, hence their acceptance by Christians as gospel musicians.

One wonders if the ‘calling’ comes only when artistes hit hard times as they do not leave the secular music when they are doing well. It seems there is no single definition of gospel music since it can be defined from a variety of angles depending on people’s socio-cultural backgrounds and experiences.

On the other hand, gospel music ceases to be gospel and becomes a form of idolatry if it extols earthly values such as materialism, money, promiscuity and sex, among others, even if the name of Christ is mentioned in such songs.