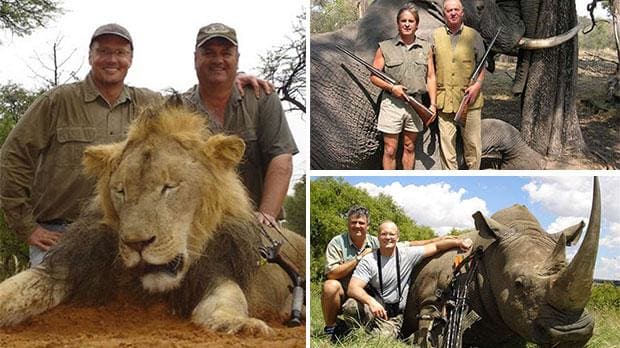 They are concerned that the ban will cause much greater harm to the African continent’s wildlife, including lions, elephants and rhinos than does poaching.

SADC, rural communities, conservationists, safari hunting and international environmental conservation organisations said that if the British Government was to follow through with the Bill it would have made one of the worst mistakes in Africa that is almost as harmful as its colonial misdeeds.

Therefore, the next few weeks will be crucial for British legislators to decide whether or not they would like to leave this legacy of African wildlife conservation crisis.

The Born Free Foundation and celebrities are leading the campaign to introduce a Bill that bans hunting trophy imports.

In response, Oxford University’s Dr Amy Dickman and scientists worldwide this month warned that a ‘ban on hunting won’t save wildlife.

Ironically, this would remove any incentives to continue producing and protecting wildlife in Africa.

In a letter addressed to anti-hunting celebrities who include Ricky Gervais, Joanna Lumley, Peter Egan, Ed Sheeran, Dame Judi Dench and broadcaster Piers Morgan, over 50 SADC community leaders representing millions of rural people that share their land with wildlife have warned them against interfering with African communities and governments’ sovereign rights to use their wildlife sustainably, including the legal export of hunting trophies into Britain.

The CITES has all along approved the hunting quotas (fixed numbers of animals) and the process of permits that legalises the hunting of trophies.

According to the World Wide Fund Southern Africa Regional Office’s 1997 Quota Setting Manual, the main purpose of a quota is to identify the number of animals that can be killed without reducing the population.

“As representatives of millions of rural Africans, the majority of whom live below the poverty line, we are urgently appealing to you, as celebrities with status, to stop undermining our globally recognised conservation efforts and our basic human right to sustainably use the natural resources on which our communities’ livelihoods depend,” said the SADC community leaders’ protest letter.

Last week, SADC rural communities that co-exist with wildlife said in separate interviews that if the British Government is as democratic as it claims, it’s high time that it listened to their appeals not to proceed with the proposed trophy hunting imports ban Bill or risk being branded “a modern day Western dictatorship that even goes as far as preventing African people from exporting their hunting trophies by shutting down their markets without consultation and consideration.”

“My community benefits directly from the sales of the trophy hunting exports and in turn protects wildlife from poachers. It creates employment for game guards, skinners, trackers, cooks and fence-minders. They don’t have to depend on government handouts. Hunting revenue contributes to sustainable development. So far, we have built hotels, campsites, even schools and clinics. Some communities have bought farm machinery for food production and food security.”

The vice-chairman of Chobe Enclave Conservation Trust (CECT), Nchungu Nchungu said that outsiders had no right to dictate to them how they should manage their wildlife.

“If they want to hurt our economy and wildlife conservation, then our African governments or leadership shouldn’t be scared to take drastic action and to voice out their protests,” he said.

“These are the same people who always talk about democracy and human rights. Where is democracy here?”

Chairman of Namibia’s #Khoadi //Hôas Conservancy, Asser Ndjitezeua said that the proposed imposition of hunting trophy imports ban would sadly collapse the excellent wildlife conservation culture in his community because people would

not protect wildlife without benefiting from it.

“The proposed Bill will bring Community Based Natural Resources Management (CBNRM) on its knees,” he said.

Following the racially motivated killing of African American Floyd George by a uniformed white American police officer, the British Government joined the rest of the world in the protest against racism.

It remains to be seen if the Boris Johnson administration will listen to Africa’s new human rights slogan that ‘Africanlivelihoods matter’.

“The proposed British Government Bill would have serious impact on CBNRM, especially for those communities in marginal areas of Botswana, who depend on the hunting quota,” said the Botswana Wildlife Producers Association.

“Many areas outside of the Okavango Delta, Makgadigadi/Nxai Pan and Chobe are not viable as stand-alone photographic areas. So the hunting quota is the key land use. Without any benefit from a hunting quota, the people in and around those areas will look to other land uses such as agriculture and cattle production. If that happens, it will be two to four years before wildlife completely disappears, and what wildlife does remain will become problem animals and will inevitably be destroyed by villagers.”

A representative of Kruger National Park neighbouring Makuleke Community that runs two upmarket lodges on land that it successfully claimed in the Park, Dr Lamson Maluleke, said that gone are the days when the West used to dictate to Africa “on how to sit down, how to stand up, how to sleep, how to get married, how to get divorced.”

Singapore-based Asia Cats representative, Ms Kirsten Conrad said that “it’s  arrogant form of eco-colonialism” for outsiders to dictate to them (communities) how their assets should be used.”

Meanwhile, the former Secretary-General of the UN Convention on International Trade in Endangered Species of Fauna and Flora Species (CITES), and President of the Switzerland-based IWMC-World Conservation Trust, Eugene Lapointe said that if the UK and USA governments continue with their colonial attitudes towards African wildlife management it would be “counter-productive to conservation by creating further grounds for poaching.”

“These governments [UK and US] do not care, the only thing they are concerned with is to yield to the pressure of their animal rights NGOs which, in turn, will protect their political careers and promote their advancement in the Government hierarchy,” said Lapointe.

“Celebrities should mind their own business. Their involvement is harmful and destructive to conservation and could be deadly to cultures and traditions.”

“Communities will become poorer because they live in marginal areas of low rainfall, with poor soils and are extremely far from markets, ” said Pangeti.

“They have little opportunity for viable and sustainable agriculture. Economically such a situation will trigger rural to urban migration by the villagers as they cannot survive in their lands.”

Tanja Dahl said that Namibia “is a dry country” and a significant number of Namibians rely on trophy/conservation hunting and well-regulated sustainable use of wildlife to make a living.

“Banning the import of hunted trophies, will decrease the chances our communities have to earn an income in return for looking after their assets, their wildlife and preserving the habitat that surrounds us,” she said.

“By decreasing the value of wildlife, poaching will increase – much to the detriment of our flora and fauna.”

“They haven’t contributed anything towards wildlife management in Africa,” he said.

We know that trade bans don’t save wildlife, they actually endanger it. We saw what happened to Kenya when hunting was stopped and the incentives were taken away

In stark contrast, the introduction of hunting in neighbouring Tanzania created incentives for community wildlife conservation. Sadly, when the US imposed a temporary elephant and lion trophy-hunting ban on Tanzania in 2014 and 2016 this devalued wildlife, forcing communities to use previously wildlife-rich and forested hunting wilderness areas for logging, livestock and crop production.

Emmanuel Koro is a Johannesburg-based international award-winning journalist, who has written extensively on environment and development issues in Africa for the past 26 years. 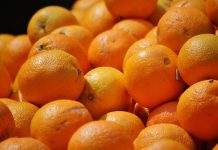