ZIMBABWE’s potential as an attractive tourist and investment destination is estimated at US$4 trillion.

As the country opens up to the world, a senior Government official said the US$4 trillion dollar-market is up for the taking for African and international investors and now is the time for Zimbabweans to wake up to the challenge of the opportunities around them.

Government has been on a worldwide re-engagement drive that has seen investors from across the board flocking to the country.

Despite all these efforts, many locals have been exporting unprocessed goods, among them minerals, foodstuffs and other materials because they have no capacity to value add these products.

For many years, companies such as DeBeers also extracted minerals in their raw form and carried them over to South Africa where they processed them.

In that scenario, the country has lost a lot of money as several other minerals have also been carted out of the country in their raw form.

Speaking after a closed door meeting with the Chinese Ambassador to Zimbabwe, Guo Shaochun, Minister Moyo said Government is now pursuing immediate tangibles so that these can readily benefit the populace while bigger projects are also being carried out.

“Zimbabwe seeks to pursue ‘low hanging fruits’ alongside the long-term projects that we have with China in order to ensure the lives of the people are uplifted,” said Minister Moyo.

“We must industrialise, value add our products and our people must cut the continued exporting of raw products such as boulders.

“We want to have more practical projects with ‘low hanging fruits’ for our people.

“Some of the low hanging fruits include the exportation of the citrus (fruit) and processes are being concluded on that and soon an agreement should be developed so we have the capacity to do value addition of our products, not exporting raw materials.”

Minister Moyo disclosed that many investors have shown interest in training Zimbabwean people in various sectors and revamping the agricultural sector.

He also highlighted the People’s Republic of China’s (PRC) commitment to supporting Zimbabwe from years dating back to the liberation struggle in which that country played a major role in aiding this country to gain its independence from colonial rule.

“Through our re-engagement programme, we have attracted a lot of attention from different countries, among them China, who want to revamp our irrigation systems, technological equipment in farming. This is why we want job creating opportunities for our people and the retooling of our industries so that our products are competitive on the African market and internationally,” Minister Moyo said.

“China is a strategic partner for Zimbabwe as it has stood with us in difficult times and during our liberation struggle.

“The discussion we had with the Chinese Ambassador was on bilateral relations and the support that China has given us during the Cyclone Idai (devastation) and the subsequent drought.

“There is an upcoming China-Africa Cooperation Forum FOCAC meeting in China from the 24th to the 25th of June along with an exhibition in Hunan in order to enhance trade between countries.

“The VC of Commerce from China was also here, deliberating on various issues.

“Many of the projects with China are major projects whose maturity takes longer.”

The PRC has carried out various programmes to help Zimbabwe and other African countries, with various Government institutions going to that country for training in, among other things, media and governance.

Chinese Ambassador to Zimbabwe Guo highlighted that his country seeks to strengthen relations between the two countries.

“We had a good meeting with the Foreign Affairs Minister of Zimbabwe where we discussed co-operation between the two countries,” he siad.

“We seek to enlarge the agricultural projects and this will see China importing citrus (fruits) from Zimbabwe.

“We are still going through the procedures and speeding up the necessary documentation.

“We want co-operation between our countries to continue. “There have been major infrastructure development projects and we are ready to do our best to support other projects for Zimbabwe.”

The two officials highlighted that the citrus industry is expected to benefit immensely from the continued co-operation as the signing of the deal which is expected to take place soon will see large amounts of citrus fruits being exported to China.

China International Group Zimbabwe (CIIGZ), which has in the past assisted local companies to access funds from the PRC, has in the past gotten orders totalling 45 000 tonnes of oranges annually.

That market sector is estimated at US$18 million.

45 000t is what the local producers have in the past managed to export, of all citrus fruits combined.

China spent at least US$242 million dollars in 2016 on citrus fruit importation a 45 percentage increase from that spent in the year 2012.

This growth has seen a further increase of the citrus fruit importation by that country to at least 460 000t annually, presenting a huge opportunity for local producers to tap into that market.

Some of the major projects embarked on by that country include the building of the 60 000-seater National Sports Stadium in Harare as well as the refurbishment of the Hwange Power Station units, among other major projects.

It also is also helping to fund and construct a new Parliament Building for Zimbabwe. 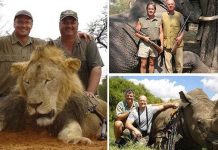