IN mathematics, the Lebombo bone found in the mountains of Eswatini, bordered all round by South Africa, dating from 35 000 BCE, consisting of 29 distinct notches that were deliberately cut into a baboon’s fibula, is thought to be the oldest known mathematical artefact — much like an abacus.

It is also a baboon’s fibula, first thought to be a tally stick, as it has a series of tally marks carved in three columns running the length of the tool.

Some scientists have posited that the groupings of notches indicate a mathematical understanding that goes beyond counting.

Most of sub-Saharan Africa moved from the Stone Age to the Iron Age.

Metallurgy and the development of iron tools was significant for African civilisation.

Iron tools allowed groups to clear and manage dense forests, plough fields for farming and enhance the manufacture of weaponry.

Ultimately, iron tools allowed Africans to improve life and flourish in every environment, and thus live in larger communities which led to the formation of the initial bourgeoning states and kingdoms.

In medicine, ancient Egyptian physicians were renowned in the ancient Near East for their healing skills.

Even Herodotus remarked that there was a high degree of specialisation among Egyptian physicians, with some treating only the head or the stomach, while others were eye-doctors and dentists.

The knowledge of inoculation against smallpox seems to have been known to the Akan people of West Africa.

Bone setting was also practiced by many groups of West Africans, while the mosquito was identified as the cause of malaria.

The removal of eye cataracts was also a common surgical procedure in Africa during the 19th Century.

Travellers in the Great Lakes region of Africa reported cases of sophisticated surgery.

Caesarean sections were performed with the use of antiseptics, anaesthetics and of cautery iron.

War wounds, even penetrating abdominal and chest wounds were treated with success, even when this involved quite complex, heroic surgery.

By the 17th Century, a vertiginous fascination for African art spread throughout modern Europe.

Classical African art and antiquity changed the face of Modern Western art with its vital, unwritten impelling force to summon the universal senses of mankind.

Currently, the world-renowned Zimbabwean stone art stands on a universal pedestal in the forefront of contemporary artistic expression from Africa today.

In Southern Africa, Great Zimbabwe and its tributary States from Mapungubwe to Manyikeni and Chibuene were examples of an advanced and thriving civilisation with state-of-the-art architecture, advanced ironworking, agriculture and progressive economies as a result of sophisticated long-distance trade routes — the supply-and-demand-driven movement of goods, people and cultural attitudes and practices in the early second millennium stimulated historical change and economic leverage between 1000 and 1700.

The trade in slaves, weapons and gold greatly altered African political and social structures, not only along the coasts but also in hinterland regions untouched by outsiders.

Africa was advanced in maritime technology, evidenced by the Dufuna canoe discovered in the village of Dufuna in Nigeria, in 1987.

It is believed to be the third oldest canoe in the world and the oldest in Africa.

It was made of African mahogany and dates to approximately 8 000 years ago.

In the 14th Century, the Malian Empire was believed to have had a great flotilla of several hundred vessels anchored off the coast of West Africa.

This led to speculation that Malian sailors, who communicated with each other by drums, may have reached the coast of Pre-Columbian America, nearly two hundred years before Christopher Columbus reached her shores in 1492.

As Pliny said: “There is always something new out of Africa.”

Today, our erstwhile colonisers of the advanced nations are still looking to exploit Africa for its boundless natural resources, geo-economic intelligence, design technologies, ethnobotanical medicine, wildlife, artistic and musical sophistication that we, as Africans, take for granted.

Contemporary Africans should cherish our cultures, safeguard and develop our resources for the future of our progeny.

Needless to say, Africa was the least affected by COVID-19, despite its crowded bustling cities.

We are no longer the ‘dark continent’!

Ours is a future of light!

As Lynsey Chutel, an international relations expert from Columbia University, wrote in Quartz Africa: “The original message behind Africa Day is… to unite and remove intra-African barriers between nations.”

Perhaps now is the time to re-invent our Africa.

Africa Day in Zimbabwe, Africa and the Diaspora should be more than just a day we wear dashiki, boubou, kitenge or zvitenje fashion and eat traditional African foods, but should be a momentous occasion celebrating our shared past glories and envisaged ideal futures in all sectors of our social, cultural and economic endeavours.

With Africa rising from the mask to the moon, and Zimbabwe on the apex of modern development in Vision 2030, one should loudly exclaim: “God Bless Africa!”

Dr Tony Monda holds a PhD and a DBA in Post-Colonial Heritage Studies. He is a writer, lecturer and specialist post-colonial scholar, Zimbabwean socio-economic analyst and researcher. 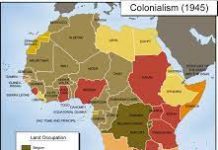 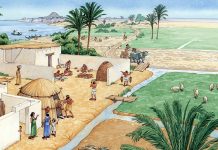 Africa: From partitioning to power – Part One