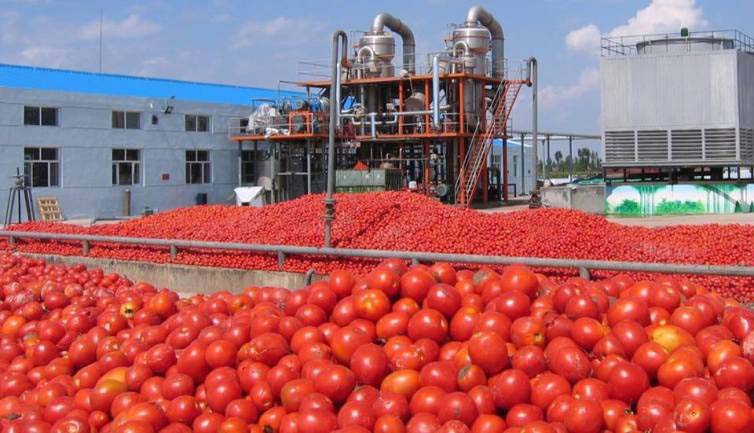 HILLBOM AND SVENSSON (2013) asserted that: “… no country has sustained a transition out of poverty and food insecurity without raising agricultural productivity.”

Through its effects on food and labour prices, agricultural productivity growth is the catalyst for broader processes of economic structural transformation in predominantly agrarian societies such as Zimbabwe.

Therefore, raising agricultural productivity for both crops and livestock must be considered a critical dimension of any economic growth and poverty reduction strategy for the country.

The significance of agriculture in Zimbabwe is well known.

It occupies a central place in the country’s economy for employment, poverty reduction and income generation.

It contributes 15-18 percent of the GDP, 23 percent to the total formal employment and provides livelihoods to approximately 70 percent of the rural population (54 percent of which are women).

63 percent of industrial raw materials, with agriculture’s share in value added manufacturing at 60 percent and its share in export earnings at 30 percent.

Fifteen out of the 31 industry clusters in Zimbabwe depend on agriculture for feedstock.

Agriculture-related employment supports a third of the formal labour force.

63 percent of industrial raw materials and its share of value addition in manufacturing stands at 60 percent, and its share in export earnings at 30 percent.

Fifteen out of the 31 industry clusters in Zimbabwe also depend on agriculture for feedstock. Agriculture-related employment supports a third of the formal labour force.

Contributions of the various commodities to agricultural GDP are as follows:

Within these commodities, tobacco, cotton, sugar, horticulture, tea and bananas collectively account for about 40 percent by value of national exports.

Thus, the performance of the agricultural sector has a direct bearing on the overall national economic performance and on human development, especially with regard to national and household food as well as nutrition security.

Currently, there are a number of adverse factors that compromise the realisation of surplus agricultural yields in Zimbabwe.

Most emergent indigenous farmers experience various challenges, such as a high prevalence of livestock disease, due mainly to economic reasons, high crop pests, disease or pollution and faulty germination in crops due to abnormally high or low temperatures as well as erratic rainfall attributed to climate change.

In order to counter these crop liabilities, indigenous farmers need to be versatile by varying and extending previously recognised seasons for land preparation and seed sowing in order to accommodate the adverse effects of climate changes.

While the Pfumbvudza Scheme was a great success in some parts of the country, the more drought-prone regions did not achieve the desired or targeted yields, largely due to wrong crop selection, but more so to the imprudent habit of planting maize, year-in and year-out in the same nutrient exhausted fields, as is the tradition in Zimbabwe.

Moreover, poor seed selection along with poor soils have negatively contributed to the number of adverse factors currently compromising the country’s realisation of surplus agricultural yields.

Enhanced knowledge of farming, and the new precision and conservation agricultural models, has been found wanting among new farmers in Zimbabwe as has the supplies of regular and improved seed, veterinary services and chemicals, as well as new pesticides and herbicides that are environment and animal-friendly.

The agricultural narratives being disseminated in agricultural circles, such as Smart Farming, Digital Farming, computerised machinery and equipment and livestock rearing, require both rural and urban farmers to make use of the valuable projections accessible through ICT to improve national agricultural production.

This requires an overhaul of infrastructure, especially the national Rural Electrification Project — a programme that dates as far back as the mid-1980s and which has not yet been realised.

The advent of solar-powered electricity should not be an excuse to neglect or negate the long-touted major rural electrification programmes.

Farmers are the largest beneficiaries and consumers of such a project and calls for added impetus in bringing the project to fruition if we are to increase the general production and development of agriculture in the rural areas.

Zimbabwe’s National Agricultural Framework — 2018-2030 — first drafted in June 2018 under the auspices of the Ministry of Lands, Agriculture, Fisheries, Water, Climate and Rural Development, endorsed by the late Honourable Minister, (Rtd) Air Chief Marshal Perrance Shiri, provided the nation with a comprehensive understanding of the intended agricultural development trajectory for the country.

This programme has been re-visited in the new National Development Strategy 1 (NSD1).

The National Agricultural Policy Framework (NAPF), 2018-2032, drafted by the Ministry of Lands, emphasises joint planning and implementation strategies to create a more robust, vibrant, inclusive and sustainable agricultural sector using established models that embrace partnerships at all levels; the principle of subsidiarity in delivering efficient and responsive agricultural services; the need to monitor and evaluate planned and implemented actions for sustainability and impact; as well as to share lessons and good practices to improve policy and practice anchored in good governance, driven through sustainable funding models.

The system must also address social, economic and environmental imperatives and opportunities faced by smallholder farmers, especially those in agro-ecologically marginal and environmentally sensitive rural areas.

However, while Government facilitates financial, legal and developmental space for indigenous farmers, there is need to encourage indigenous farmers to maximise on the benefits stipulated in the proposed instrument.

The socio-economic and environmental imperatives and opportunities faced by smallholder farmers, especially those in agro-ecologically marginal and environmentally sensitive rural areas, must be addressed

Indigenous farmers are encouraged to have a holistic understanding of the new agricultural policy in order to boost the nutritional and commercial welfare of the nation’s citizenry.

At the dawn of the installment of the country’s new dispensation in 2017, the Government of Zimbabwe drafted a new policy for agriculture that seeks to ensure national food security and boost socio-economic development — from the boardrooms to the fields.

The process of enhancing agricultural productivity and production, however, must be anchored in the development and use of inclusive and sustainable knowledge, technology and innovation system.

This system must balance the exploitation of agricultural land and its environs to grow the economy and sustain livelihoods with the sustainable use and renewal of environmental ecosystem services.