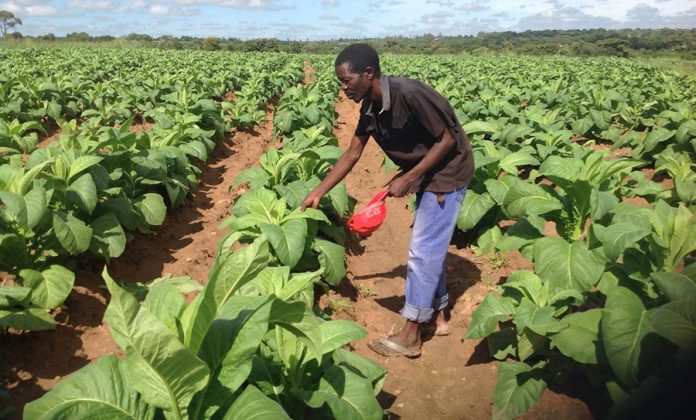 WHILE the potential for agricultural growth in Zimbabwe is staggering, and is seen by the Minister of Lands, Agriculture, Fisheries, Water, Cimate and Rural Development as  “… a key to drive pro-poor economic growth and sustainable development, poverty reduction, employment creation and food and nutrition security… with the exception of tobacco, production of maize, sorghum, millet and other cash crops, … the trend in agriculture in recent years has continued downwards compared to 1985 production, as a result of very low productivity,”

Agricultural production in Zimbabwe is highly variable due to the heavy reliance on rain-fed agriculture. The changing climatic conditions and frequent droughts contributed heavily to the volatility in crop production.

Of the 39,6 million ha of land in the country, about 42,1 percent is utilised for agriculture, with about 365 000 ha of land being suitable for irrigation.

However, prior to the new dispensation in November 2017 that opened the way to revitalise the agricultural sector, less than 50 percent of this is currently equipped for irrigation out of which about 123 000 ha was under irrigation mostly by commercial farmers and smallholder irrigation projects.

In its overview analysis on food security and nutrition, the National Agricultural Policy Framework (NAPF) reveals that: “Zimbabwe has some of the highest levels of food insecurity in sub-Saharan Africa regardless of the outcome of the agricultural season.…

Approximately 70 percent of the population relies on subsistence and rain-fed agriculture for their livelihood and food and nutrition security (ZIMSTAT Poverty Report 2015). Since the 1980s, the sector is dominated by smallholder farmers, tilling an average of one ha per household, producing an average of 0,4-0,6 MT of maize (LFSP, 2017), of which up to 30 percent are lost due to poor post-harvest technologies and practice — according to the Government of Zimbabwe (GoZ, 2017).”

Poverty rates have remained stubbornly high, according to the framework Policy.

Nearly 84,3 percent of the rural population live below the poverty line with the national poverty rate standing at approximately 63,9 percent, whilst the proportion of food insecure people has ranged between a low of six percent in 2014 and a high of 42 percent in 2016. (ZimVAC, 2017)

The high reliance on subsistence rain-fed agriculture renders a large majority of the rural population vulnerable to climate-related shocks and seasonal stressors.

Typically, these rural households have few sources of income other than agriculture and few livestock. They spend more than 54 percent of their budget on food.

Food and nutrition insecurity in Zimbabwe are a function of a combination of low productivity among smallholder farmers, limited capacity in post-harvest management, poverty and inadequate access to nutritious and safe food throughout the year.

This is compounded by limited access to clean water and sanitation services which, in the absence of both preventative and curative health services, exposes the population, especially the poor, to disease and ill-health.

However, a review of the food security and nutrition policy framework in Zimbabwe established that in the combination of the Food and Nutrition Security Policy, Social Transfer Policy Framework and the Infant and Young Child Feeding Policy, Zimbabwe has an adequate policy framework and appropriate institutional structures to address food and nutrition security challenges.

Zimbabwe’s biggest requirement, given the available policy and institutional frameworks for biofortification, is the rationalisation of its implementation in a holistic manner and focusing on how to deal with micronutrient deficiencies across the sectors. (LFSP, 2017b)

This gives an opportunity for the National Agricultural Policy Framework (NAPF) to align its priorities in addressing food and nutrition security with the Biofortification Strategy, to especially capture the households that are left out of public health interventions such as commercial food fortification and micronutrient supplementation.

Dietary diversification, supplementation, commercial fortification and biofortification have been identified as the key nutritional interventions that can address the burden of micronutrient deficiencies worldwide. (LFSP, 2017b)

Further, child stunting and deficiencies in vitamin A, iron and Zinc affect one in every three children.

The fact that the majority of Zimbabwean households consume food that they produce presents an opportunity to use the strategy of biofortification to meet the micronutrient needs of the country.

A focus on production of biofortified crops, such as orange fleshed sweet potatoes, orange maize and iron beans, among others, cannot only further the diversification agenda within the agricultural sector in Zimbabwe, but also deal with issues of access to nutrient dense foods that are critical in tackling micronutrient deficiencies.

It is evidently manifest that the agricultural sector remains the only viable vehicle through which development and poverty reduction can occur in the country.

According to a World Bank report of 2007, evidence shows that agricultural growth reduces poverty by twice the rate of growth in the non-agricultural sectors. (Diao et al. 2007)

Dr Tony Monda is an independent Zimbabwean socio-economic analyst-consultant.  He is currently conducting veterinary epidemiology, agro-economic and food security research in Zimbabwe and Southern Africa.  He holds a PhD, DVM and a DBA. E-mail: tonym.MONDA@gmail.com