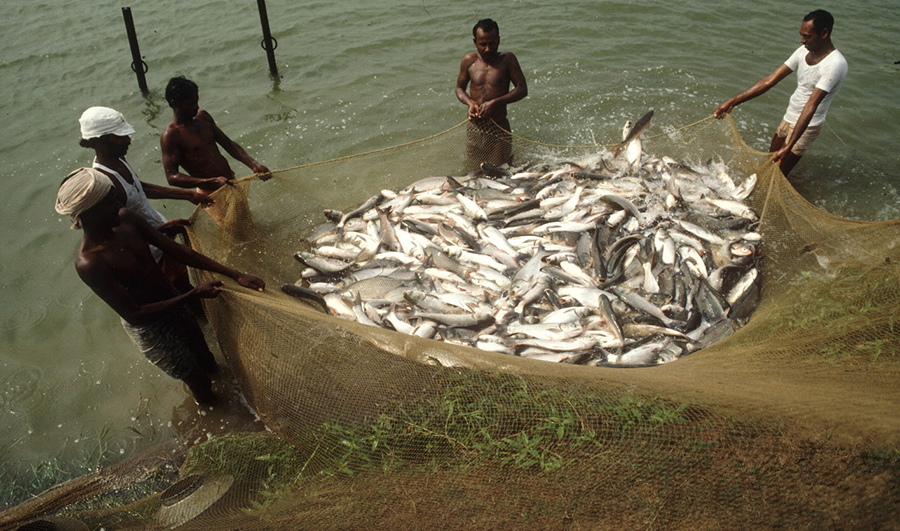 FISH harvesting, handling, processing and distribution provides livelihood for millions of people as well as foreign exchange to many African countries’ exchequers.  Approximately 35 million people in Africa depend wholly or partly on fisheries.

However, until the introduction of ‘Command Fisheries’ in 2017, in Zimbabwe, aquaculture was an underestimated economic contributor to the country’s development agenda.

In Zimbabwe where the fishery sector comprises capture fisheries, aquaculture, recreational fisheries and a very limited selection of ornamental fish, there is great potential for the development of aquaculture given the large tracts of land and good weather suitable for breeding various aqua species.

There are about 114 indigenous fish species and an additional 30 exotic species that have been introduced, though not all successfully, into the country for angling, aquaculture or to increase fish production in dams.  However, only a few species have been exploited for aquaculture production.

Other major fish species introduced to boost fish production in Zimbabwe include redbreast and greenhead tilapia from Zambia, greenhead tilapia, Indian carp, the silver carp, grass carp and domestic carp from South Africa; two tilapia species from Israel; the channel catfish and the Florida largemouth bass from the US which has proliferated and spread throughout Zimbabwe.

Numerous local introductions from one waterbody to another have also taken place.

However, Zimbabwe still lags behind in fish production.  The stocking of Tugwi-Mukosi Dam was the first step in addressing the situation.

Despite the wide variety of fish in Zimbabwe, only two species, Nile tilapia (oreochromis niloticus), locally known as ‘bream’ and the freshwater Tanganyika sardine, known as ‘kapenta/matemba’ (limnothriss miodon) are being farmed commercially.

This small, freshwater, pelagic and non-migratory fish is made up of three species that include silver cyprinid and rastrineobola argentiea.

In fact, the common kapenta/matemba has become a meal of choice for many.

Rainbow trout (onchorynchus mykiss), is produced in the Eastern Highlands for the urban up-markets and for recreational fishing.

Zimbabwe’s climate provides a favourable environment for both capture and aquaculture fisheries production.  Determining the type of aquaculture to practice is dependent on a number of factors, such as intensity of culture, level of water exchange, structures used, type of fish and climate.

Aquaculture production in Zimbabwe is undertaken for subsistence and commercial purposes.

Commercial fishing across the country occurs mainly in large water bodies such as lakes Kariba, Chivero, Mutirikwi, Manyame and Mazvikadei.

Fisheries from Lake Kariba are the mainstay of the country’s fishery sector, with large aquaculture farms such as Lake Harvest and Kariba Bream contributing significantly to Zimbabwe’s fish production.

Subsistence aquaculture occurs at household level and is generally limited to a few pond-based enterprises.

There are also a few donor-driven projects which aim to boost aquaculture and fish-farming across rural districts to sustain the livelihoods of rural communities in the arid parts of the country.

The commissioning of the Tugwi-Mukosi Dam, in June 2017, aimed to improve food security in the country.  Stocked with matemba fingerlings, Tugwi-Mukosi Dam is used as a fish production centre.

The final aim is to stock the dam with 1,5 million fish fingerlings.

The introduction of matemba to the dam promoted other fish populations in the lake and in time will also promote game fishing and fishing tournaments.

Two million fish fingerlings were supplied by the Zimbabwe Parks and Wildlife Management Authority to stock other, larger provincial dams, whereby 80 000 households were expected to receive support to boost local fish production from about 18 400 tonnes to almost 1,5 million tonnes per annum.

An estimated 1,2 million people are expected to benefit from aquaculture once the available dams, most of which were stocked with bream, are utilised to full capacity.

Enhancing fish-farming by promoting the untapped aquaculture sector in Zimbabwe has great potential to improve food security as a diversified livelihood strategy under the current, ongoing changing climatic conditions.

These efforts, however, are not without challenges as climate change, explosive population growth and the consequent overharvesting and degradation of water resources and artisanal gold mining in rivers, among other factors, still have to be addressed.

Aquaculture can be divided into three categories – extensive, intensive and semi-intensive.

Extensive aquaculture is a low skilled practice that involves the use of large stagnant ponds that only allow a limited number of stocks receiving no supplementary feed and minimal attention.

Extensive fisheries and aquaculture programmes have been developed in Zimbabwe within dams and reservoirs, such as lakes Chivero, Kariba, Mazvikadei and Mutirikwi, deriving secondary functions of commercial fisheries.

Semi-intensive aquaculture on the other hand, requires a certain level of managerial skills and a greater extent of intervention through supplementary feed or water quality and air circulation systems.

It also tends to bear higher costs in setting up as well as operations, with higher risks of mortalities because of diseases and poor management.

Despite being more technical than extensive and semi-intensive culture systems, intensive aquaculture is recommended for Zimbabwe in order to boost fish production.

Intensive aquaculture relies on electricity to operate and solely depends on supplementary feed to sustain the high stock rates while using a rather small space in an efficient manner.

Continuously flowing water is required in intensive aquaculture which is advantageous for fish culture as it supplies abundant dissolved oxygen and flushes away waste products and unconsumed feeds.

The rural and less economically viable communities in Zimbabwe that practise fisheries and aquaculture either use equipment such as cages and nets provided by donor organisations or self-sustaining fish ponds that rear tilapia at varying scales.

Climate change and variability in the form of erratic rainfall patterns and increases in temperature negatively affect fisheries and aquaculture production, livelihoods and, ultimately, the national economy.

This makes tilapia a better option for fish farming under unpredictable climatic conditions as they are generally more resilient and can tolerate a wider range of tropical high temperatures.

Given the historical trends of increasing temperatures and more erratic rainfall patterns across the country, aquaculture works well as a strategy for coping with and adopting to the variability of climate change and consequent increased aridity as it requires less water for fish production as compared to the production of crops and livestock.

Moreover, the vast difference in prices between livestock and fish has helped in increasing the demand for the cheaper protein source. 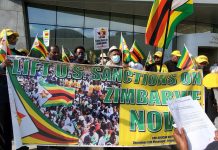