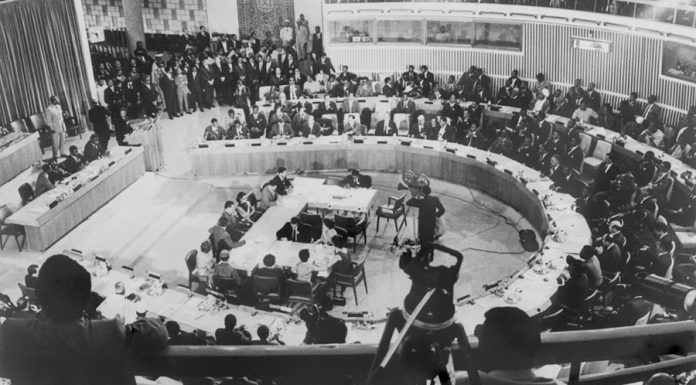 THE African nationalists rejected the outcome of the Constitutional Conference which opened in London on December 16 1960 and boycotted the referendum held on July 26 1961 to accept or reject the resultant Constitution.

The white electorate approved it and the National Democratic Party (NDP) was subsequently banned on December 9 1961.

The banned NDP morphed into the Zimbabwe African People’s Union (ZAPU) on December 19 1961.

On the parallel side, the white supremacists fronting Rhodesian nationalism split from the governing United Federal Party (UFP) and Dominion Party; on March 1 1962 the settlers formed the Rhodesian Front under Winston Field, Ian Smith and Clifford Dupont.

ZAPU was banned in September 1962 and thereafter operated as the People’s Caretaker Council (PCC).

That is how determined the white settlers were to oppose black majority rule.

From then on, the stage was set for military confrontation or otherwise the armed liberation struggle.

Meanwhile, it was not all bad luck for the African nationalists.

A six-man ZAPU team attended the Addis Ababa launch to lobby the continental body’s support and was advised to go back and organise as well as show more commitment as a condition for support.

On the home front, the Federation of Rhodesia and Nyasaland was dissolved by June 28 1963 at Victoria Falls Conference and would end in December.

Nyasaland would get her independence and become Malawi in July 1964.

Northern Rhodesia would also get her independence and become Zambia in October the same year.

By the same token, the nationalists had expected Southern Rhodesia to become independent Zimbabwe but that was not to be because the Rhodesian Front hardliners had already taken over.

Instead, Southern Rhodesia got the lion’s share of the federation’s arsenal.

The implications of militarily strengthening Southern Rhodesia at the dissolution of the federation was not lost to the hardliners in ZAPU then disguised as PCC.

Joshua Nkomo had preferred the moderate stance of isolating Rhodesia politically and economically through international community pressure on Britain.

But for the hardliners, as told by Herbert Chitepo, ‘the time had come to acquire modern weapons’.

ZANU was launched at Enos Nkala’s Highfield house with Ndabaningi Sithole as president and Leopold Takawira as his deputy. Shortly after, Cde Emmerson Mnangagwa (now President) led the first squad of ZANLA recruits for guerilla training in China.

In April 1964, following the sentencing of the late militant former President Robert Mugabe to detention, the Rhodesian Front replaced Winston Field with Second World War veteran Ian Smith who wasted no time in ensuring that by August, both ZANU and PCC (ZAPU) had been banned, while almost the whole of the internal nationalist leadership, inclusive of Cde Joshua Nkomo and Sithole, were jailed.

At the same time, the Rhodesian Front pressed on for independence from Britain as an option to black majority rule.

His insincerity was given away when he told the imprisoned nationalists that no military intervention would be made against Smith in the event that he made the declaration.

That assurance was what Smith had needed to make UDI a reality on November 11 1965.

He called it a ‘victory of Western Christian civilisation’.

Ex-Southern Rhodesia Premier Garfield Todd perfectly defined the scandal with the words: “If a blackman had been in charge of the Government in 1965 and he had 270 000 black followers and these people were keeping six million whites in subjection, and he broke away from Britain so as to keep them for

1 000 years under black rule, the freedom-loving countries of Britain and Europe and America would have fixed it up in a week.”

In reply, ZANU, which had been launched ‘on the very slogan of confrontation’, fired the first shots of the armed liberation struggle in the Chinhoyi Battle of April 28 1966.