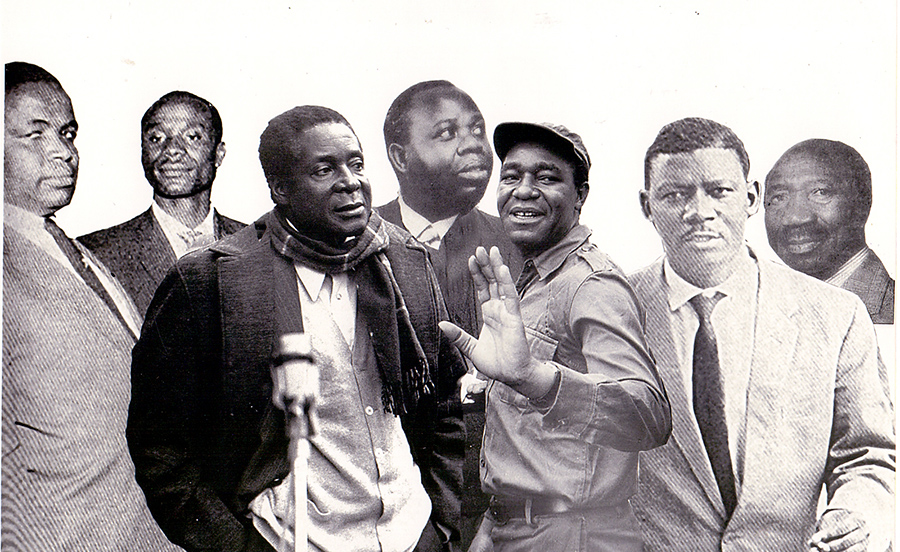 THE end of the Second World War brought with it ‘winds of change’, one of which was the rise of militant African Nationalism – a communal desire for self-determination, sovereignty, self-rule or independence based on shared social characteristics of culture, ethnicity, geographic location, language, politics, religion, traditions and belief in a shared singular history.

In Zimbabwe, it would be the third coming of militant nationalism.

In the 1690s, a similar militant nationalism led by Changamire Dombo had destroyed Portuguese imperialism in Zimbabwe.

In the 1890s, the First Chimurenga had been a more encompassing militant expression of nationalism, uniting all indigenous Zimbabweans to resist British colonial occupation.

The term ‘Chimurenga’ was derived from ‘Murenga’ the godfather of Zimbabwe.

But the ‘call-to-arms’ that ‘nationalised’ the resistance was Murenga’s name.

It is necessary to state that the nationalists of the First Chimurenga lost the war and the land to the modern weapons used by the British invaders.

The rise of the African nationalism that sustained the armed liberation struggle was, in general, promoted by the UN Universal Human Rights Charter, which was an important result of the Second World War.

The charter legitimised self-determination as an inalienable universal human right and required that no people should be forced to resort to armed liberation struggle to achieve it.

Self-determination simply meant that people had a right to chart or ‘determine’ their own destiny.

The resultant creation of the Jewish State of Israel by the colonisers of Africa had the unintended effect of inviting embarrassing comparisons in their colonies.

It did not have the militant beginnings of the first two struggles.

It started with trade unionist agitation led by the likes of Benjamin Burombo who got trade union experience working in South Africa and returned to Bulawayo and formed the British African National Voice Association (aka African Workers Voice Association) in 1947.

It played a critical part in the 1948 general strike and the campaign against the 1951 Native Land Husbandry Act.

This was consistent with the decolonisation mode being implemented up north; a mode involving a gradual increase in African representation until black majority Government was achieved.

By coincidence, missionary education was hatching its first university graduates in the persons of Joshua Nkomo, Ndabaningi Sithole, Samuel Parirenyatwa, Herbert Chitepo, Robert Mugabe and Josiah Chinamano, among others.

Their periods of study in foreign universities, particularly Fort Hare and Natal, had exposed them to African nationalism that had already taken root in South Africa which had been colonised for over two centuries.

Many of them became members of local nationalist movements, the main one being the African National Congress (ANC).

It was obviously an unintended development, not consistent with how missionaries had paved the way for colonisation.

The schools that ‘educated’ the nationalists had been established as centres of colonial subversion and not the nurseries of anti-colonial movements rallying around ancestral spirits (midzimu yenyika).

When the student nationalists returned home, they formed similar organisations in preparation for independence which, for black Africa, was going to start with Ghana up north in 1957.

The formation of the 1956 Salisbury-based City Youth League, led by James Chikerema, was the notable first development in that direction.

The League did not request recognition of black claims to equality and the same standard of life as that of the Europeans.

Instead, it challenged European authority and successfully organised a boycott of the buses that carried Africans from townships to work.

Originally owned by blacks, the service had been taken over by whites who had raised the fares.

The boycott forced the Government to subsidise fares.

The infamous Law and Order Maintenance Act was introduced to curb the growing nationalist agitation.

The Act allowed arrest and detention of nationalists without trial.

The ANC was incidentally banned in 1959 and among the 500 members arrested and detained were Chikerema and George Nyandoro.

The pattern to all future challenges to European authority was established then.

The ANC was replaced by the Nkomo-led National Democratic Party (NDP) on January 1 1960.

Notables among the leadership of the party were Ndabaningi Sithole, Herbert Chitepo, Robert Mugabe and Leopold Takawira.

The year 1960 was going to witness a remarkable decolonisation of 17 African states up north and, because of it, the encouraged nationalists’ demand became: “We are no longer asking Europeans to rule us well. We now want to rule ourselves.”

The NDP demanded the abolition of the Constitution which automatically produced discriminatory laws and the chance came with the Constitutional Conference which opened in London on December 16 1960.

Meanwhile, an interesting parallel development to African nationalism was an exclusive racist Rhodie pseudo-nationalism that also agitated for white settler-independence from Britain.

The leaders included Ian Smith who was MP for Gwanda and Chief Whip for the governing United Federal Party (UFP) in the Federal Assembly.

Their argument was that they deserved independence more than the African nationalists because they had had the experience of self-government since 1923.

The lobbyists were determined to extinguish the fire of African nationalism.