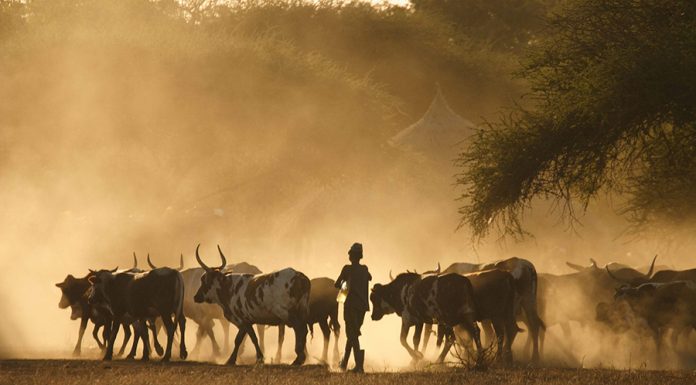 I OFTEN hear businessmen and women saying they are increasing prices of their products, not because the order price increased, but because of other factors like transport or storage costs.

While it is good and logical to account for such costs in the selling price so as to ensure that the mark-up carries a profit, one must not disappoint consumers and potentially chase them off to other stores by hapharzardly increasing prices.

The world of business, as we know it here in Africa, has been overtaken by capitalistic thinking that has come from Westerners.

Their individualistic mentality has been entrenched in us through the religious, education and media systems that blacks have been exposed to since the time of slavery and colonisation.

Even though many African nations claim to be free and independent, neo-colonialism persists and is perpetuated by systems that trace back to the days of the missionaries who aided the colonisation of Africa — for example, the Church.

Whether Catholic, Protestant or Pentecostal, most Africans have retained a Church-going culture.

Even traditional healers and shamans are now, in some way, diluted by the influence of colonial religion.

Note that we are talking about manmade institutions from the West that have been brought under the umbrella of ‘Christianity’, not the influence of Christ himself.

As with the letter of King Leopold II to the Belgian missionaries in the Congo, the Europeans knew that Africans knew God but the idea was for the missionaries to manipulate the message in the scriptures so as to prepare Africans for exploitation.

Africans today, poor and rich alike, flock to churches and leave a fortune of their wealth for other men to spend in an attempt to buy salvation.

This, the missionaries were taught to do by King Leopold II in order for blacks to learn to honour the whites as a master race, beginning with calling pastors ‘father’.

The blacks ought to pay tribute with money, chickens, livestock and grain, ‘but the black followers should get nothing more than a cigarette from the whiteman’.

Though whites have gone, blacks who inherited their positions are benefitting from the same exploitative system that was orchestrated by some of the foulest beings in history.

People die of hunger and yet they spend their whole lives paying for their salvation.

They even admire the pastors who benefit from this wealth and envy their cars, clothing and houses.

Yet that wealth is a collectivisation of the weekly offerings and voluntary gifts that the pastor has received from his congregation.

Business-wise, Africans are also at the losing end of the stick as they were set up to become labourers and providers of precious raw materials in exchange for very little to nothing.

In fact, the order that the Europeans have set up for Africa is called ‘imperialism’ and is functionally the highest form of capitalism.

This is when imperial powers exercise their dominance over territories beyond their borders.

Many find it hard to picture exactly what imperialism is but Thomas Sankara’s explanation can help us get a clear idea.

If you look at the food you eat, the medicine you take, and the clothes you wear and find mostly foreign products, that is a sign of imperialism.

This shows that there is a system at play which favours the entrepreneurship of one party and the dependence of another.

Now that we appreciate just how deeply engraved the system of capitalism is in Africans, we shall now analyse how this has affected the way we view stock.

Stocking predated the coming of Europeans.

It was practised even by the first humans who practised drying meat, fruits and grain that they hunted and gathered.

After them, came others who began cultivating and rearing livestock.

After a season of labouring on the fields, the harvest is processed and stored.

This is what we call stock, along with tamed animals which reproduce and multiply as the owner rears them.

In the modern setting, if one needs money, one can simply sell one’s grain or livestock for cash.

If one works for several months and uses his savings to purchase groceries and/or beverages with the intent to use or resale in the future, this also counts as stock.

Now let us try to comprehend the sheer amount of foreign products from both East and West that can be found here in Africa.

They are insurmountable, yet they come from distant lands.

No one would go through so much trouble to make available his or her products unless the venture is profitable.

A company serves its market until domestic demand is met, and it then expands into trade beyond its borders and boosts its supply.

With stocks all over the world, large companies then overtake all indigenous ones as they succumb to competition.

The locals do not stand a chance.

This means savings or stocks of the locals become few, prejudicing their economy in the end.

In Zimbabwe, before the coming of whites, we had grain, livestock, minerals, game and other natural resources which belonged to us; which we would trade for foreign goods in markets such as Sofala.

These stocks were the wealth of the citizens which they relied on for trade purposes before the introduction of money.

It was known as barter trade and as long as one was productive in his field, there would be no poverty and hunger.

Yet nowadays one can work like a mule all his life and still die a pauper.

Nature has its own form of stocks which us humans should try to learn from.

Heat warms our bodies and light facilitates for vital processes such as photosynthesis in plants.

This light energy allows for plants to produce starch and oxygen, thus we receive food and breathable air from them.

The energy from the sun stays within the plant till it dies, and whatever remains retains this energy.

When the plant debris go underground, or inside a water body, or cave, fossil fuel is produced after a long time under high pressure.

This can be found in the form of coal, oil or gas and when used, the energy of the sun which was stored inside the plant is released and brings forth heat and light.

These we use to cook, power machines and so on.

After more time and a lot more pressure, the coal transmutes into diamond.

The diamond, though incombustible, turns its potential heat and light energy into hardness which can be used for cutting in industry and also jewellery.

The sun’s energy can be equated to one’s fruits of labour, be it in the form of cash or kind, because often there is heat involved when working which causes one to sweat.

Instead of spending all the salary or consuming all the yield, if some is kept as stock, one’s labour could pay off months or years later through consuming or selling the produce.

Fixating on the cost of transporting or storing the goods is a capitalistic trait which hinders people from exercising this key practice of survival, namely stocking.

Having stocks of food, animals and other things will also help sustain life when economies crash or natural disasters occur.