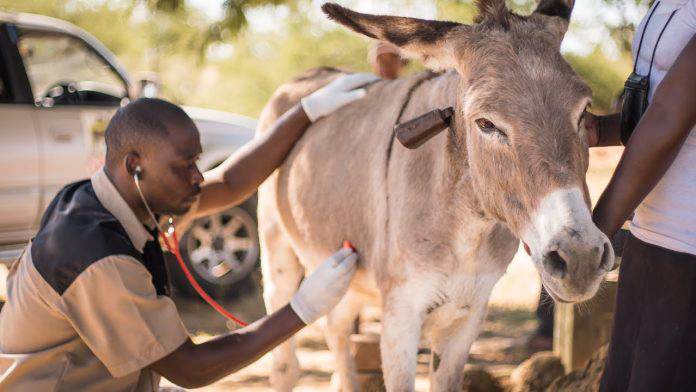 THE recent protracted lockdown in 2020 due to COVID-19, and the renewed lockdown earlier this year (2021), which coincided with the peak period for tick-borne diseases (TBDs) in Zimbabwe did not auger well for most livestock or domestic animals and pets since the hot, wet season is the ideal environment for ticks to breed in.

According to the World Health Organisation (WHO), many cattle herds in Africa are depleted each year from vector-borne diseases such as theileriosis.

During perilous periods, such as the on-going COVID-19 pandemic, the importance of uninterrupted provision of veterinary services cannot, and should not, be overlooked or be underestimated.

According  to the World Organisation for Animal Health — Office International des Epizooties (OIE): “It is (also) important for veterinary authorities to remain informed and maintain close liaison with public health authorities and those responsible for wildlife — (an economically important resource for Zimbabwe), to ensure coherent and appropriate risk communication messages and risk management under a ‘One Health’ approach. It is important that COVID-19 does not lead to inappropriate measures being directed at domestic (or even wild animals), which might compromise their welfare and health or have a negative impact on biodiversity.”

The OIE further states: “In some countries, national veterinary services are supporting core functions of the public health response, such as screening and testing of surveillance and diagnostic samples from humans. Veterinary clinics in some countries are also supporting the public health response by donating essential materials such as personal protective equipment and ventilators.”

It is unfortunate that this is not the case in Zimbabwe, since veterinary services, with the exception of Government veterinarians, are regarded as ‘non-essential services’, and have thus been categorised with other non-essential services while veterinarians have been restricted from movement, and mandatory cattle dipping regimes have been ceased; farmers could not dip their cattle, an essential exercise, especially during particularly wet summer seasons as experienced this year.

As a result of the current cattle dipping ban, this writer continues to be inundated with calls from distraught rural (and other) cattle farmers who continue to lose their herds by the numbers – this time to January Disease or theileriosis; a highly pathogenic, tick transmitted, febrile disease of cattle affecting primarily the hemopietc and lymphotietic systems caused by the protozoan theileria parva.

Theileria became known as ‘January disease’ in Zimbabwe owing to the large number of cattle that die during this rainy time of year – mostly as a result of exorbitantly high-priced veterinary medication, inadequate dipping facilities or totally non-existing veterinary services.

Our cattle are precious and extremely vulnerable to tick-borne diseases (TBDs), which are an immense threat to animal health globally.

Ticks, if uncontrolled, cause severe economic damage to livestock production, especially in developing countries and more specifically in Zimbabwe, where government initiatives in this area remain limited and the current nationwide status of most TBDs has not been clearly established.

Climate is also an important influence on vector-borne disease transmission, and there is evidence that ongoing climate change is affecting, and will continue to affect, the distributions and burdens of infections, including tick infections.

The effect of climate change, particularly that of increasing temperatures in tropical zones, will undoubtedly be harmful to some species, adversely affecting habitat suitability and driving certain tick species to colonise new areas.

Tick-borne livestock disease pathogens reported in Zimbabwe, besides theileria or East Coast fever (January disease in Zimbabwe) include anaplasma and babesia. With the ubiquitous presence of the brown ear tick, or rhipicephalus appendiculatus in the country, it is thus highly probable that other pathogens transmitted by these vectors could already be present, or will be, in future.

Ticks can also infect cattle with redwater, gallsickness and heartwater. High numbers of ticks can cause significant blood loss and cattle deaths whereby cattle of all ages can be affected.  Here, older animals are more at risk than young animals for redwater and gallsickness

Despite the high incidence of cattle mortality over the past several years due to TBDs in the livestock sector in Zimbabwe, the Government has not yet heightened its efforts to implement tick control measures as part of routine animal health programmes for local farmers.

On the contrary, during the previous protracted, and the current COVID-19 lockdowns, they found it expedient to impose a ‘one- rule-fits-all’ without any appropriate consultations with stakeholders. As a result, this continues to impact negatively on our much-depleted rural cattle herds. Many people have lost their entire herds – a lifetime investment for most!

The disruption of veterinary services experienced in Zimbabwe during the prolonged war years resulted in serious epidemics of disease. The cessation of dipping was followed by the death of an estimated one million cattle from tick-borne disease.

Heavy mortality also followed the disruption of control measures for trypanosomiasis. As a result, foot-and-mouth disease and anthrax spread widely in the rural areas.

This resulted in a marked increase in human deaths from anthrax as well as rabies; which was normally restricted to areas bordering Botswana and Mozambique, and also became widespread at the time.

Tick-borne diseases are the major cause of cattle losses in Zimbabwe.

This, in turn, results not only in individual and familial poverty, but also community, regional and provincial underdevelopment in the face of current national Devolution Programme, but eventually to the national economy.

Apart from vaccinations, which are totally prohibitive for most rural cattle farmers, the best method for tick control, to date, is plunge dipping.

The authorities should find alternative ways to overcome COVID-19 restrictions, besides a total ban, and allow cattle farmers this essential service

National COVID-19 response plans and operations should ensure activities related to animal health, animal welfare and veterinary public health risk management continue, under appropriate hygiene protocols, to safeguard the ongoing production of the many and varied goods derived from animals, animal products and animal by-products upon which our societies depend.

The most direct economic impact of the unilateral restrictions imposed during the current lockdown is the further reduction in the efficiency of agricultural production in Zimbabwe, which is already at a low notch. Zimbabwe should not be found wanting, especially if our precious cattle herds are at risk.