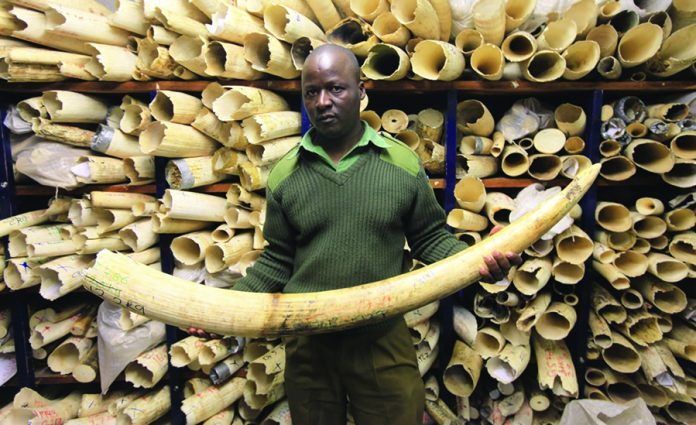 ZIMBABWEANS with long memories would have probably felt belittled once again by reports that there are fresh attempts by Western countries to lobby for people living in the Diaspora to be allowed to vote in the 2023 harmonised elections.

What was rather disappointing in this latest push by the West was the disconcerting fact that they are taking aim at our key institutions where the curators seem to be in tandem with the West’s insane demands and are unwittingly playing ball.

It came as little surprise that a prominent regime change outfit, the so-called International Crisis Group (ICG), led by one Piers Pigou, a shameless white supremacist, immediately embraced this position.

The dots become easier to connect when they show their snowy white dogs of war.

In the past few months, we have warned, with good cause, that the West will stop at nothing in its latest onslaught on the country.

Our institutions are part and parcel of the purported ‘grand’ onslaught on the country.

Let us all stand guided by these warnings because the West is not relenting in its attack of our country.

That should not, however, scare us as a country.

This is a road we are too familiar with; a road we have travelled in the past and emerged victorious.

This time around, regardless of the odds, the result will be no more different from what we have witnessed in the past.

Zimbabwe is not about to pander to the West’s preposterous whims.

That is simply incomprehensible, especially for a country that has gone for more than two decades of relentless economic pressures wrought by the same West that is desperately trying to tell us how to conduct the same internal processes they are trying to destroy.

These elections are Zimbabwe’s baby to nurse, they are held for, and on behalf of, the country’s citizens and, as such, we determine how they are conducted.

Crucially, we can see through their plan while armed with the law they want us to tamper with.

There is this warped thinking in Western corridors as well as opposition ranks that urban areas and the Diaspora belongs to them.

Let us refresh their memories and draw from the results of two recently held elections to show them that they are mistakenly wrong in thinking that ZANU PF is a sinking ship as they have been ingenuously lying to each other.

In the 2018 harmonised elections, ZANU PF acquitted itself well in Harare, the purported bastion of the opposition base, garnering 204 719 votes against the MDC Alliance, now CCC’s 548 895.

In the March 26 2022 elections, ZANU PF wrestled the Epworth seat from the opposition, while also winning several wards in Chitungwiza and Victoria Falls, among other areas.

The trend, as initial projections are showing, will continue in the 2023 harmonised elections where ZANU PF will clobber the opposition in its waning urban strongholds.

And how does the diaspora come into the matrix?

While ZANU PF has solid structures across the globe, something which Nelson Chamisa’s CCC is hostile to, the sticking issue remains the Western-sponsored illegal economic sanctions against the country.

The sanctions were created to tilt the electoral field in favour of the opposition as confirmed by several Western officials, both in Zimbabwe and outside, so each time the country goes for polls, ZANU PF will be on the back foot, pinioned by the trap of those sanctions.

Now, if the West wants the Diaspora to vote, they should first remove the sanctions which they inadvertently admitted were designed to ‘separate ZANU PF from the people of Zimbabwe’ through ‘making their economy scream’.

To cut a long story short, there is simply not going to be a Diaspora vote next year, or in times to come, for as long the sanctions are in place.

The West and the opposition made their bed, they should lie on it and not even their plans of infiltrating our key institutions will change that position.

The authorities have their eyes firmly on the ball and are seeing and hearing everything.

This brings us to another key issue where, as is the norm in our part of the world, the West wants to tell us how to go on about our business, including determining what we  should, and should not, do with our animals.

A few weeks ago, Zimbabwe was at loggerheads with Western countries who have been blocking the sale of our ivory and rhino horn through their inept organisation, the Convention on International Trade of Endangered Species of Wild Fauna and Flora (CITES).

CITES claims that allowing Zimbabwe to trade in ivory will result in illegal killing and poaching of elephants and rhino in the country.

The country is sitting on 136 tonnes of ivory and rhino horn worth US$600 million.

Not even the country’s position that revenue from the sale of the ivory and rhino horn will be used for conservation and community development, following the decline of tourism activity due to the COVID-19 pandemic, is being entertained by the out-of-sorts CITES.

Of course we know who pulls CITES’ strings and why they are opposed to auctioning of the stockpile.

They do not want Zimbabwe to prosper and lobbying for animal rights is a billion-dollar industry to them through donations.

Zimbabwe has an estimated herd of 100 000 elephants which is double the country’s carrying capacity.

Together with Botswana, the two countries have about 50 percent of the world’s total elephant population.

We should not be begging anyone to sell our stockpile and, as a country, it is high time we considered doing what is best for our people.