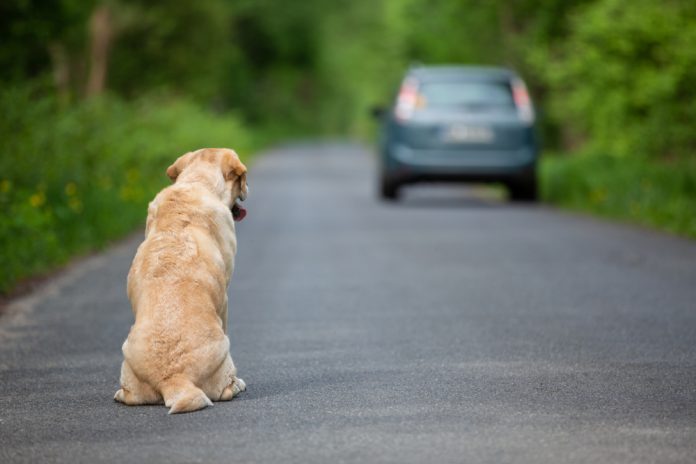 THROUGHOUT Zimbabwe, the lack of veterinary services, especially during the recent protracted COVID-19 lockdown, has left many domestic animals vulnerable to disease and in need of essential vaccinations or other veterinary treatment.

In the worst-case scenario, some dogs have been abandoned due to the rising inflation and the subsequent unaffordability of pet food, health supplements and exorbitant veterinary medicines.

Further, due to the economic difficulties experienced by dog owners’ and the lockdown of para-vet services, many pets have not been vaccinated nor received the regular requisite dipping.

Some immigrant dog owners, particularly Chinese and other foreign nationals who have been repatriated to their countries of origin, due to the COVID-19 contagion, have abandoned their pets, or worse still dumped them in the wilderness.

Besides the many communal cattle and dog owners in the various rural districts of Zimbabwe, several suburban and peri-urban dog owners have also expressed concern regarding the absence of veterinary services during this sensitive lockdown period.

Veterinary services should be regarded as an essential national service and authorities need to be sensitised regarding the need to provide mobile veterinary and extension services for the welfare of all animals in Zimbabwe.

Despite reduced tick activity during the dry winter period, as we move into the mid-winter season of 2020, the brown ear ticks that are responsible for a number of serious ailments, still pose a threat to dogs, cattle and other livestock.

With the ever-important role of animals in our society, it is important for pet owners, farmers and animal husbandmen in Zimbabwe to be aware of some of the most significant animal diseases that affect domestic animals, particularly dogs.

Common symptoms of canine distemper include high fever, eye inflammation and eye/nose discharge, laboured breathing and coughing, vomiting, diarrhea, loss of appetite, lethargy and the hardening of the nose and footpads.

It was the leading cause of infectious disease deaths in dogs, prior to a vaccine becoming available worldwide.

Canine distemper is caused by a single-stranded RNA ribonucleic acid present in all living cells that plays an essential role in the synthesis of proteins.  The RNA virus, of the family paramyxoviridae, belongs to the same family of the viruses that causes measles, mumps, and bronchiolitis in humans.

The disease is highly contagious via inhalation.

Morbidity and mortality differ greatly among animal species, with up to 100 percent mortality in unvaccinated populations.

This viral infection can be accompanied by secondary bacterial infections and eventual serious neurological symptoms.

The disease affects a wide assortment of animal families, including domestic and wild species of dogs, jackals, skunks, serval cats, some primates and a variety of other species.

Despite extensive vaccination in many regions in the world, it remains a major disease of dogs.

In veterinary science, cancerous sores are also referred to ascanker. Canker refers to an ulcerative disease of the lining of the external ear found on dogs and cats. The same term applies to a disease that afflicts horses in which the horn of the hoof becomes soft and spongy.

Helminths is a disease infestation of parasitic worms, especially nematodes or fluke. Fluke is a parasitic flat worm, such as the blood fluke or liver fluke of the classes monogenea or digenea, formerly united in a single class known as trematoda which can affect dogs and other livestock.

Toxocarosis, a major helminthic disease, is caused by the larval stages of the nematodes toxocara canis and toxocara cati, the adult forms of which reside in the small intestine of canine and feline hosts, (dogs and cats) respectively. The worldwide occurrence of toxocara canis in dogs is reported to range from 3,1 to 82,6 percent.

Humans can also acquire the infection through the ingestion of embryonated eggs via geophagia, contaminated food and raw vegetables or by ingesting undercooked meat of infected paratenic hosts.

Echinococcus refers to any of the tapeworms constituting the genus echinococcusl, the larvae of which are parasitic in domestic animals, dogs and man. Tapeworms in dogs and man are well known zoonotic diseases in Zimbabwe, and home owners and farmers need to maintain a clean environment to avoid infection. The condition is generally referred to, in laymen’s terms, as makonye in Shona.

The domestic dog, as final host of zoonotic enteric parasites, plays an important role in the transmission of diseases such as echinococcosis and toxocarosis to humans.

Infected dogs can contaminate the environment with excreted eggs, posing a serious public health problem. Thus, all livestock and pets in Zimbabwe should be treated regularly for helminthic conditions with appropriate veterinary medications.

Ehrlichia is a rickettsial bacteria belonging to the family ehrlichiaceae.  There are several species of ehrlichia, but the one that most commonly affects dogs and causes the most debilitating clinical conditions is ehrlichia canis; a tick-borne protozoan parasite that causes tick fever in dogs.  It is the main pathogen of dogs exposed to tick-infested areas in Zimbabwe’s savannas.

Ehrlichiosis, also known as canine rickettsiosis, canine hemorrhagic fever, canine typhus, tracker dog disease and tropical canine pancytopenia, is a tick-borne disease of dogs usually caused by the organism ehrlichia canis. Though there are no outward signs of the subclinical phase, symptoms of ehrlichia canis include fever, bleeding disorders, discharge from the nose and eyes, and oedema of the legs and scrotum.

Clinical signs of the chronic phase include weight loss and pale gums due to anaemia. Severely affected dogs can die from this disease.

As humans can also become infected by ehrlichia canis after tick exposure, it is recommended that farmers wear gum boots and protective clothing to avoid tick bites in Zimbabwe’s farming areas.

The popular German Shepherd dog breed, favoured by security guard firms and farmers in Zimbabwe, are susceptible to a particularly severe form of the disease; other breeds generally have milder clinical signs.

Cats can also be infected.

Eclampsia, in veterinary pathology, is a toxic condition of unknown cause that sometimes develops in the last three months of pregnancy in mammals.  It is characterised by convulsions, abnormal weight gain and high blood pressure.

It is known as milk fever in bitches.  A major sign of milk fever in female dogs is the convulsions — involuntary spasmodic contractions of the muscles — referred to as kugwinagwina  ne kudedera in the Shona language.

Leptospirosis is an infectious zoonotic disease, sometimes referred to as lepto in dogs, caused by bacteria in the genus leptospira.  Acute kidney injury has been the most common occurrence for canine leptospirosis.

The main clinical symptoms exhibited by dogs affected by leptospirosis include lethargy, anorexia, vomiting, abdominal pain, polyuria (discharging large quantities of urine), oliguria (the excretion of an acutely small amount of urine due to a kidney disorder), or anuria (suppression of urine formation as a result of a kidney disorder and failure to urinate).

Clinical signs range from mild, subclinical infection to multi-organ failure and death. Leptospirosis causes kidney disease in dogs and abortions in cattle.  Although often difficult to diagnose, vaccines for leptospirosis are said to be available in Zimbabwe. Along with appropriate supportive care doxycycline is the primary drug used for treatment in dogs.

Mange — an infectious disorder and contagious skin disease — is characterised by itching, formation of papules and vesicles and loss of hair caused by parasitic mites.  On dogs, it is known as canine scabies; the disease is caused by a circular-shaped, eight-legged mite called the sarcoptes scabiei; a highly contagious form of mange.

This skin disorder affects many kinds of animals, including humans. The parasite can be transmitted from dog to dog and can pass from dogs to humans.

Female mites burrow into the skin to lay their eggs. The eggs hatch in about three weeks and the young feed on the host’s skin. Rabies is a specified contagious disease of all warm-blooded animals.

The Shona of Zimbabwe refer to rabies as Imbwampengo, literally meaning ‘mad-dog disease’, which is transmitted mainly by saliva contamination of bites or wounds. Dogs and jackals are the most commonly affected animals in Zimbabwe.

Under law in Zimbabwe, specified diseases such as rabies are classified as “…those diseases which may be dangerous to humans or are epidemic in nature, and can cause severe economic or human loss.”   As such, all specified diseases in Zimbabwe are mandated to be reported immediately to the relevant authorities.

In animal pathology, rabies is defined as “…an acute infectious viral disease of the nervous system transmitted by the saliva of infected animals especially dogs.”  It is characterised by excessive salivation, an aversion to water, hysterical viciousness, convulsions and paralysis. It is also known as hydrophobia or lyssa in ancient veterinary pathology terms.

It is said that dog is man’s best friend!

In conclusion therefore, widespread vaccination programmes need to be conducted throughout every suburb, city, town, province and district of Zimbabwe to prevent the spread of contagious animal diseases; analogous with dissemination of information on public health domestic animals, zoonotic diseases and general animal welfare as a national priority.

Dr Tony M. Monda is currently researching Veterinary epidemiology, Agronomy, and Farming in Zimbabwe.  He is a writer, lecturer and a specialist Post-Colonial Scholar, Zimbabwean Socio-Economic 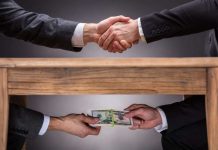 Zimbabwe and the ‘agency problem’ …where did we lose it? 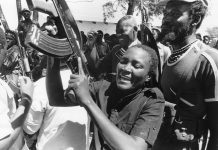