Home Columns Is agriculture a catalyst for Vision 2030? 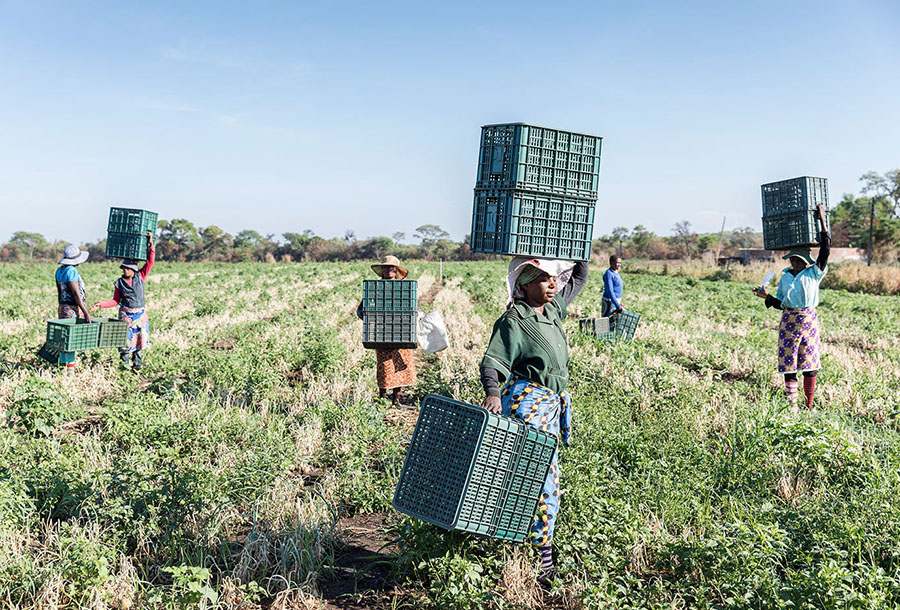 AMID economic forecasts that Africa will be the next big emerging market, chronic food shortages remain stubbornly immune to solutions.

The AU is aware of this weak link and is striving to convince its members to boost investments in agriculture.

But is agriculture a catalyst for Vision 2030 in Zimbabwe and Africa as a whole?

Africa is favoured with untapped wealth, oil as well as gas supplies and uncultivated arable land. With more than 50 percent of the continent’s population under the age of 34 years, the continent has a young demographic.

The prospects of growth for the continent are looking up, with the vibrant and young population of Africa seen as set to make strides in various industries.

Coupled with an urgent need for infrastructure across Africa’s 54 countries to support other essential developments, the opportunities are there for more jobs in Africa.

According to a recent report by Bloomberg, Africa has some of the major advances in production and output and is set to drive the new (world) economic order – will Zimbabwe be there?

The largest industry on the continent today is said to be agriculture, which attributes a large percentage of the GDP for most countries in Africa, including Zimbabwe, followed by mining and oil.  Agriculture also accounts for 15 percent of the continent’s GDP.

The sector generates about 60 percent of jobs in Africa. In Zimbabwe, it is actually more than 60 percent, with the main income sources from large farms producing products such as cereals, sugar, tobacco, tea, coffee, cocoa, fruit, cotton and rubber.

Africa’s agro-ecological potential is larger than its current output, as is its food requirements.

Infrastructure and investment into this sector will be the two important key factors to its growth, with infrastructure set to grow as Africa rapidly urbanises, doubling the world average of urbanisation.

Due to Africa’s booming economy and high urbanisation rate, infrastructure will become vital to the continent’s growth.

Banking systems, telecommunications, transportation, property, sewage, water and electrical systems will have to be vastly improved or constructed, all needing skilled professionals.

The continent has a huge and profitable opportunity to explore and create green and sustainable energy, such as Africa’s potential to be one of the main creators of renewable solar and wind energy.

Farmers in Africa, including rural subsistence farmers, will be important drivers of this new economy, producing the necessary foods and the goods that drive industries. Improving agricultural productivity and rural livelihoods is a complex set of processes commonly referred to as ‘modernisation of agriculture’ and ‘structural transformation’.

Unleashing the potential for inclusive agricultural growth and transformation throughout Africa requires co-ordinated and strategic public and private investment in the sector.

Against a background of limited government resources and expertise, public-private partnerships (PPPs) are increasingly being promoted around the world as a mechanism to pool resources, reduce risk, improve productivity and drive growth in the agriculture and food sectors.

In line with this trend, many African countries have recently expressed an interest in further understanding the potential for PPPs, especially in the agriculture sector – that is, agri-PPPs to deliver on these transformative goals.

Pillar 4 of the Malabo Declaration of 2014 aims to halve poverty by 2025 through inclusive agricultural growth and transformation.

It foresees a clear role for agri-PPPs to

contribute towards the achievement of this objective.

Member-States of the AU, which includes Zimbabwe, have committed themselves to:“Establishing and/or strengthening inclusive public-private partnerships for at least 5 priority agriculture commodity value chains with strong linkage to smallholder agriculture by 2025.”

It was within this context that the AU partnered with the UN’s FAO to work on improving the understanding regarding the design, implementation and impact of agri-PPPs.

In South Africa, as elsewhere, the agricultural sector is one of the key economic sectors of the country’s economy.

The sector employs around 700 000 workers per annum which makes the sector one of the biggest employers in the South African economy and a net contributor to the country’s GDP.

It is a growing sector with vast potential and is expected to create one million jobs by 2030; unrivaled potential by no other sector of the economy, especially in the economically former marginalised ‘homelands’ (rural areas) whose agricultural potential remains largely under-realised.

In Zimbabwe and the rest of Africa, agriculture is positioned to provide solutions to some key economic challenges and should thus be supported by organisations with records of accomplishments in agricultural research, biosecurity, food safety, marketing and agricultural finance.

These issues are critical in establishing and maintaining food secure nations on the African continent.

Compared to other sectors such as mining, which is non-renewable, and manufacturing, agriculture shows the greatest potential to reduce poverty and hunger.

contribute to food security and political stability by generating a reliable food surplus from domestic food production, storage and imports;

feed a growing rural and urban population and meeting the changing food consumption preferences of society over time; increase agricultural exports to generate new income for farmers and increase employment and foreign exchange

serve as a market for industrial products (for example, bicycles and farm machinery, among others).

An economically vibrant agricultural sector has strong multiplier effects into the rest of the economy.

State-owned entities in the agricultural sector have an important role to play in stimulating such needed vibrancy in the sector.

In Zimbabwe, notwithstanding its agricultural sector is said to be on the rebound, there are, however, a number of factors which need to be attended to for the country to guarantee the sector’s growth.

These include low productivity, environmental challenges and climate change, pricing regime, high cost of inputs and utilities, funding challenges and access to information.

While acknowledging the enormous task facing the sector, such as the ever-changing climatic conditions, lack of markets, transportation and global competitiveness to increase the continent’s agriculture productivity potential, public investment into the agricultural sector through relevant institutions can strengthen the positive role that agriculture plays in African’s overall economic performance.

It is also vital for relevant authorities and institutions to provide support to new entrants into farming in various ways, including affordable finance, technology, biosecurity and technical support, compliance services and market access, without neglecting traditional partners, if agriculture is to be a catalyst for vision 2030 for Zimbabwe and Africa as a whole.