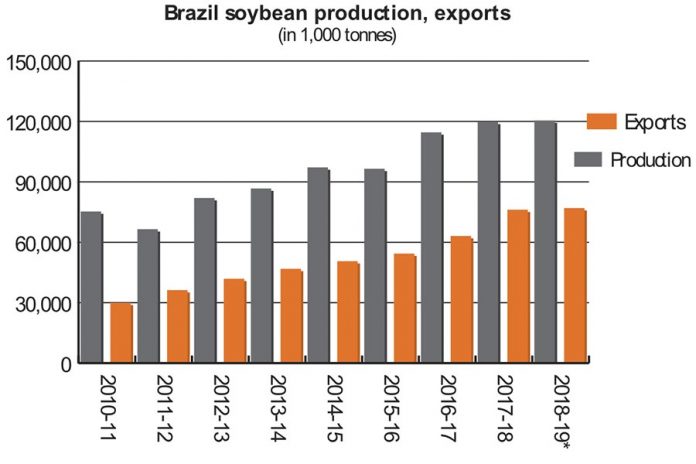 BRAZIL is a republic in South America comprising about half the area and half the population of the entire South American continent.

It was colonised by the Portuguese from 1500 onwards and became independent in 1822, and a republic in 1889.

It consists the tropical Amazon Basin in the north; semi-arid scrub in the north-east and a vast central table land, not unlike Zimbabwe’s central plateau.

The central plateau of Brazil is an important agro-industrial producing zone of coffee, commercial crops and minerals, especially iron ore.

They cultivated indigenous fruits and extracted essence from many other local plants.

Although mostly renowned for its beaches, street carnivals, capoeira, samba, salsa and sultry ‘fado’ music, making Brazil a key tourist destination, its now robust agriculture, initially focused on sugarcane plantations, is historically one of the main bases of the country’s economy.

During the colonial period, Brazil depended heavily on sugarcane.

Colonial slave masters imported slaves from Africa to work on the plantations.

An invitation to an agricultural sojourn in Brazil, covering tropical soil studies, agronomy and hydrology; tropical forestry and botanical conservation at Paraná University, in Curitiba, Brazil, awakened me to how Zimbabwe can learn and expand its agro production and processing potential. The principal agricultural products of Brazil are cattle, coffee, cotton, corn, wheat, rice, soy, sugarcane, tobacco, beans, floriculture and fruit as well as forestry, vegetables and cassava.

In 2008, Brazil’s biggest export market was the EU, while China was the largest single importing country with a      13,2 percent share, followed by the Netherlands with 9,5 percent and the US at 8,7 percent.

In 2010, Brazil was the third largest exporter of agricultural products in the world, behind only the US and the EU.

In 2015, Brazil was ranked fifth among the 20 largest countries by agricultural output, according to the IMF and the CIA World Facebook.

Brazil was followed by Nigeria in Africa.

In 2018, Brazil was by far the largest world producer of sugarcane — producing 746,8 million tonnes.

In addition to exporting sugar, Brazil uses much of its cane for ethanol production.

In spite of the world financial crisis of 2008-2009, Brazil recorded a growth of 9,1 percent in agricultural production, principally motivated by favourable weather.

The production of grains that year reached an unprecedented 145 400 000 tonnes.

It was the second largest world producer of soy, second only to the US.

By 2020, however, Brazil had surpassed the US soybean production.

The centre-west and north regions recently expanded their share to the total.

Much as Zimbabwe is partitioned into five main natural agro-regions, according to differences in soils and effective rainfall, here, rainfall patterns and crop production progressively deteriorate from Region One to Five in Zimbabwe, so too in Brazil.

The southern half to two-thirds of Brazil have a semi-temperate climate, higher rainfall, more fertile soil, more advanced technology as well as input use, adequate infrastructure and more experienced farmers.

This region produces and exports most of Brazil’s grains and oilseeds.

The south-east is the largest producer of lemons in the country, with 86 percent of the total obtained in 2018.

Only the State of São Paulo produces 79 percent of the total.

The drought-ridden north-east region and Amazon Basin which lack well-distributed rainfall, good soil and adequate infrastructure, is mostly occupied by subsistence farmers. Both regions, however, are increasingly important as exporters of forest products, cocoa and tropical fruits.

The Amazon Basin is the part of South America drained by the Amazon River and its tributaries.

Most of the basin is covered by the Amazon Rainforest, also known as Amazonia.

The Amazon drainage basin covers an area of about 6 915 000 square km or roughly 40 percent of the South American continent.

It is located in the countries of Bolivia, Brazil, Colombia, Ecuador, Guyana, Peru, Suriname and Venezuela.

With an area of 5 500 000 sq km of dense tropical forest, it is the largest rainforest in the world.

It was from here that the Portuguese plundered Brazilwood timber used for cabinetry.

Brazilwood, also called ‘brasil’ or ‘brasa’, is a red wood obtained from various caesalpiniaceous tropical trees of the genus caesalpinia.

The Portuguese arrived in the 15th Century mainly to control trade in Brazilwood until other crops began to be exported.

For views and comments, email:tonym.MONDA@gmail.com 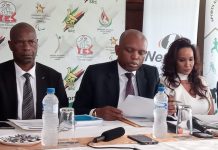 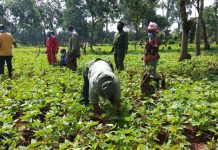