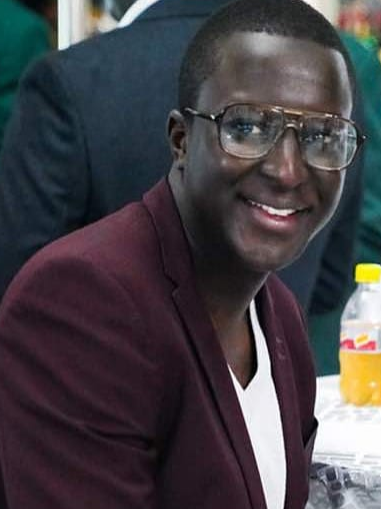 THE global campaign against the coronavirus pandemic (COVID-19) is now with us in Zimbabwe with some individuals having tested positive and, unfortunately, one media practitioner Zororo Makamba, son of telecoms mogul James Makamba, succumbing to the virus.

At the time of writing this article, the World Health Organisation (WHO) was still trying to discover a vaccine that could arrest the virus’ devastation on the world.

The Zimbabwean Government and those of scores of other affected countries have laid out protective measures against this frightening onslaught.

Artificially produced acquired immunity has been very successful in controlling some viral and bacterial diseases, among them diphtheria, small pox, cholera, yellow fever and rabies toxins used to create immunity among potential victims.

That is a typical example of the old Latin medical saying: ‘Similia similibus curantur’ (Like cures like).

Basing their research on this old dictum, researchers into a possible anti-coronavirus vaccine should find out what the virus’ very first victim had either consumed, smelt, inhaled or physically contracted in Wuhan, China.

That is possible by going through the deceased’s medical records or by interviewing surviving family members or former workmates, and it is likely that a positive step could be made towards finding a vaccine.

In 1974, while the writer of this account was doing a course in advanced journalism in Berlin, in the then German Democratic Republic (GDR), a female German gastronomy student attached to a local hotel suddenly suffered from excruciating pain in the lower part of her body, turning her into a wheelchair case.

She was taken to the Buch Hospital, one of Germany’s most modern medical institutions then, where investigations were carried out and the results were that her leg nerves and muscles were attacked by a virus found in marine animals, especially a kind of fish found in the northern hemisphere.

Scientists say that there are about 13 000 different kinds of fish in the world, and that those of the Northern Hemisphere can be placed into 19 groups, among which are chimeras, catfishes, eels, anglers, sturgeons, pikes, pipe-fishes, paddle-fishes, solid-jaw fishes, the common halibut and sharks.

The GDR Health Ministry most urgently perused the hotels imports records and found that it had recently received some fish from South Yemen, formerly known as Aden. The kind of fish concerned was identified.

A telephone call was made to Yemen to keep a couple of such fish ready for a thorough inspection, and a team of highly qualified medical laboratory scientists with appropriate equipment were sent to Aden post-haste.

In about a week, they reported that a particular species found in a particular part of the sea around Aden had the virus which could be harmful to human beings if not thoroughly cooked.

It did not take long before GDR pharmacologists, working in consultation with a Yemen medical team which included traditional, that is experts in phamarcognosy, produced a cure for the student.

Talking about traditional medicine men brings us to an important aspect of this discussion about an anti-coronavirus vaccine.

In Zimbabwe, there is an organisation called the Zimbabwe National Traditional Healers’ Association (ZINATHA).

Members of this body should be publicly active at this time, trying to find a cure for this terrible malady; that is what the Government means when it repeatedly says people should work together to fight against the coronavirus.

When we talk about traditional healers, what comes to mind are the San people (Bakhwa, aMaSili), many of whom presently live in the Cesucele, Cawunajena, Sinkente areas of Nyamandlovu District. They are also found at Makhulela, south of the Nata River in the Bulilima District.

There would be no harm to medical research to find out how those people treat ordinary flu; it being a fact that many of them rely on medicinal plants, animals, some reptiles, some birds, some insects, some amphibians and some fish for their medical needs.

Zimbabwe’s medical researchers could benefit not only themselves but the country as a whole if they could pull a leaf from the book of the professional experiences of the late Dr Gelfand who did massive research among the vaKaranga of the Masvingo (Fort Victoria) and Shurugwi (Selukwe) areas.

Some pentecostal pastors talk a great deal about how they perform miracles. COVID-19 pandemic is a challenge to everyone of those ‘men of God’ to pray for a cure, indeed, for an end to this disastrous disease.

Churches would do their various communities a great deal of service by begging God to save His people from this pestilence and it would be a very good idea to hold an inter-denominational prayer session for God’s intervention in this global tragedy.

We should always remember that, among believers in God’s existence, prayer saves both body and soul and that for an individual, a family, a community, a nation or indeed the whole world to have and enjoy economic prosperity, there must be physical life as it is the sine qua non (the without which not).

While prayer appeals to God, we need to act to protect ourselves from infection.

Immunisation is one way of doing it while other methods include avoiding contact with the viruses, many of which are carried by contaminated foods or beverages, particularly water, people, animals and whatever pets we have.

Making sure that our hands are thoroughly clean is the very first rule of personal hygiene to uphold. The utensils we use for drinking and those for serving our food should always be clean.

Those of us who are infected by COVID-19 should be isolated under the supervision of qualified medical personnel.

It is certainly unwise to place sick people under so-called self-isolation because such people continue to be in contact with their family members.

Isolation of people suffering from either infectious or contagious diseases means just that — isolation.

They should be confined to their own designated centres or areas for a stipulated period until they are free of the infectious or contagious ailment.

Saul Gwakuba-Ndlovu is a retired, Bulawayo-based journalist. He can be contacted on cell