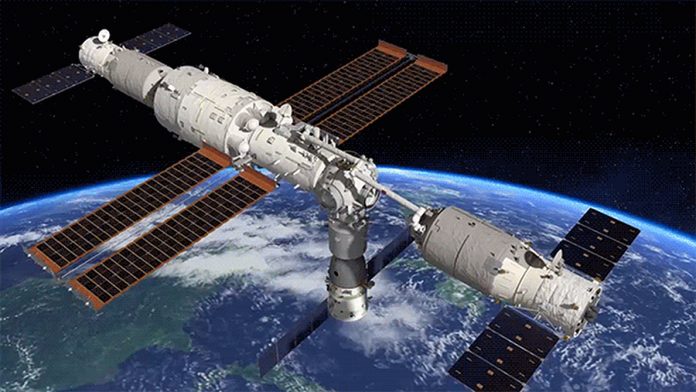 THE Chinese are an advanced people.

They have risen in terms of development faster than any other nation in our era.

Just 60 years ago, China was undergoing sanctions from the West and remained isolated for three decades.

Yet today China is a world giant, with a steady currency and economy.

From being a closed society, China has become an imperial power, actively exercising its power and influence beyond its borders.

Zimbabwe with its similar experience to China of undergoing sanctions and embargos from the West has a great deal they can learn from the Chinese.

This must have been known to the former president of Zimbabwe who encouraged the nation to implement a Look East Policy.

Sadly, of late, all that we see Zimbabweans procuring from the east are goods and commodities.

The Look East Policy should involve more than just trade, but the learning of eastern languages like Chinese and Japanese with the goal to access their knowledge and secrets of success.

In this article I will seek to identify some of the things that China credits for its success.

Mao Zedong of China equates to our former president Robert Mugabe because they were both responsible for instilling the patriotic and revolutionary ideology that their people carry.

Both China and Zimbabwe were sanctioned and isolated owing to the positions that their leaders took against the west and its interests on numerous occasions.

After the time of Mao, came his successor Deng Xiaoping, who retained Mao’s ideological teachings but initiated a policy called Gaige Kaifeng which meant the opening up of China’s economy.

Deng opened up China for investment from Western and other nations, yet upholding certain regulations such as forbidding foreigners from owning Chinese land and national infrastructure like railways, and from having direct access to raw materials like un-beneficiated minerals.

These measures were made in order to protect the Chinese from subtle colonialism which lets exploitation persist in spite of acquiring freedom and independence.

The Chinese to this day do not even let foreigners acquire menial jobs such as sweeping as that would affect the local populations ‘prospective of receiving employment.

The foreign investor never takes advantage of the Chinese because their regulations protect them and their land.

Foreigners go as far as marrying Chinese wives in order to make their business run smoother in China.

The Chinese had always been industrious people but owing to the enslavement and colonisation of Africa, the West, particularly the US took over as the world’s leading economic power.

All they wished to do now was to modernise their knowledge, by discovering what was known to the West in order to add it to what they already knew.

The Chinese learnt foreign languages such as English, French and German and stayed in those nations for years and decades, until their expatriates had acquired the knowledge and technology they needed.

Upon their return to China, their new found knowledge was processed in the various fields and canonised into the Chinese dictionary by allocating Chinese words to the foreign ones.

For example, all elements were studied and given Chinese names according to their meaning.

On top of that, the elements as written in Chinese also highlight the state within the written character and shows whether the element is metal, stone, liquid or gaseous.

Since then, the Chinese have well understood the elements in their own language, and this gives them more potential to manipulate them than us who only know them in English.

Even the English did not do this importanttask of translating the elements.

Hydrogen, lithium, helium, carbon are all none-English words with a Greco-Latin origin.

Otherwise the above named elements should have been translated into water forming gas, stone gas, sun gas and charcoal stone respectively.

This process of modernising China took decades but because they have continuity and no regime change, its fruits were quickly realised.

China’s weaponry began being inferior to that of the West that is until China learnt how to make its own weapons and now the two could be at par.

China is even sending off spaceships and satellites into space and considering their humble beginnings, they have indeed become a force to reckon with.

Yet the Chinese still enjoy a non-democratic republic with one ruling party which serves interests of its people.

The Chinese Government made mandatory to all a national youth service which they undergo during their first semester at university.

Instead of having one such school, the whole nation goes for national youth training, each university is assigned teachers from the programme that train every sophomore.

As a result, all the Chinese seem overly patriotic and potentially ready to serve their national army if need arises.

If we are to follow the Chinese model, we would invest in sending our children overseas to study in China, so as to unravel the knowledge and technology that gives them an advantage over us.

This begins by learning the Chinese language, then taking technical and/or undergraduate programmes in strategic fields then letting the Zimbabweans canonise the information they acquire in their own language.

There is no shortcut to progress but hard work and dedication. Foreign direct investment also entails foreign direct exportation of the raw materials the foreign entities exploit.

The regulation that encourages minerals to be sold on local and foreign markets only after beneficiation has taken place locally should be enacted if locals are truly going to benefit from their mineral wealth.

The Chinese leave no stone unturned and they work efficiently like ants.

They have a scientific thought process and are very practical in their thinking.

They do not rest and having them as technical partners will truly benefit our people who are more acclimatised to the British standards of working.

The Chinese do not rest on Sunday, Easter, Christmas and so on. They will make their employees work throughout the day and replace them with another shift at night which will be working just as hard.

If we can adopt some of this work ethic for our own companies and parastatals, we will truly be successful.

But having this effective hunter in your little forest may leave him winning all the game and leaving little or nothing for the lords of the land.

This will leave us in the same ditch that we were in during colonial times, wherein foreigners are the masters and blacks the serfs.

Let us truly look east and instead of simply bringing in foreign investors and foreign goods, we should also learn from their foreign policies and what measures they take to ensure that their people benefit from the trade of their natural resources.