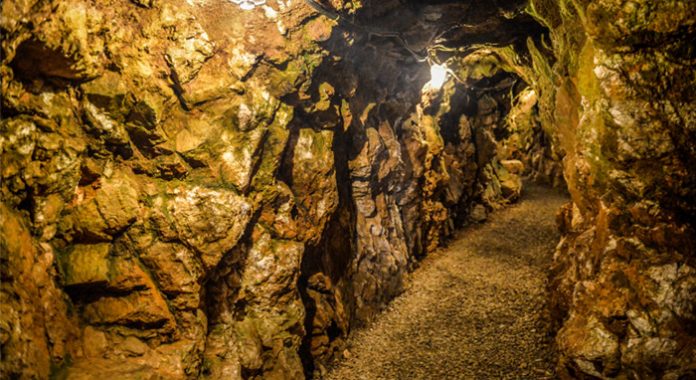 ON Earth, gold is found in ores in rock formed from the Precambrian time onward.

During the 19th Century, gold rushes occurred whenever large gold deposits were discovered.

The first documented discovery of gold in the US was in 1803, at the Reed Gold Mine near Georgeville, North Carolina.  Further gold rushes occurred in California, Colorado and the Black Hills.

Other gold rushes were the Klondike in Canada, Otago in New Zealand, Australian gold rushes and the Witwatersrand in South Africa which resulted in the discovery of some of the largest gold deposits the world has ever seen.

The ancient gold-belt rocks of Zimbabwe, which together with granite form the basement complex, are of pre-Cambrian Age.

The oldest supracrustal rocks are the Sebakwian group exposed around Shurugwi and Mashava and northwest of Gweru, within the central craton.

The early Portuguese chroniclers, such as De Barros, linked MaDzimbahwe with ancient Ophir and the gold mines of King Solomon.

More than 4 000 gold and 500 copper mines were found around the site, which some have suggested that for three centuries, 40 percent of the world’s total mined gold came from the area, compounding to an estimated 600 tonnes of gold.

Thousands of beads, necklaces and bangles made of copper and gold have been discovered among the ruins of MaDzimbahwe.

The period of prosperity at Great Zimbabwe continued until the mid-15th Century, when the city’s trading activity started to decline and its people began to migrate elsewhere.

In 1857, a list of Mines Known in the District of Senna was published in Lisbon, Portugal, in response to a royal edict that called for an inventory of mineral resources south of the Zambezi-Ruenya confluence.

In response, Izidoro Correia Pereira, a Zambezi Valley trader with some experience of the region, compiled a document which represented mining activities of the dynastic rulers Bocha, Bvumba, Duma, Hera, Manyika, Maungwe and Mbire.

These mines were in existence when the Portuguese arrived in the Lower Zambezi Valley and the Indian Ocean coast from Mozambique Island to Inhambane, which was invaded by the Portuguese in the early 1500s, in order to wrest the centuries-old Sofala gold trade from Arab-Swahili hands.

In early 1890, members of the Pioneer Column during their exploration of the then Southern Rhodesia (now Zimbabwe), aware of the rich mining prospects in this country were awarded large tracts of land to establish small gold mines.

Zimbabwe was in fact, the only British colony to be occupied solely on its mineral wealth.

Minerals and the search for gold was the prime reason for colonisation the in 1890s.

In the 19th Century, the upper Mupfure was pivotal to a revolution in the country’s mining and marketing of gold.

Much of the action took place across land given by Chief Chivero to the Mashayamombe people who came from the western fringes of Buhera on the central Zimbabwe plateau in the mid-1850s – a 150-km relocation, due to a kinship split.

In the following decades, Henry Hartely, while hunting near the Umfuli-Chimbo confluence on the western limit of Mashayamombe’s territory in the 1880s’, stumbled upon the abandoned gold-bearing outcrop.

These gold workings had been hailed by the German geologist, Carl Mauch in 1866, as, “the first promising gold discovery in Mashonaland.”

Soon ‘Blanket prospecting’ – i.e.: the gift of a blanket to native African villagers, in exchange for revealing ancient workings, was the order of the day.

Former prospecting success made colonial exploration of the schist belts largely ‘a matter of looking for ancient workings’, and as a result, most colonial gold mines were being worked on the sites of ancient mines such as those around Sinoia (Chinhoyi), and the Lomagundi District.

One of the oldest is the Golden Kopje Mine discovered in 1891, about 28km west of Chinhoyi, said to be much larger than most with a large number of white employees at that time.

The Golden Kopje was followed nearly three years later, in 1804, by the discoveries of Eldorado Mine, located between Banket and Chinhoyi and the Eyrshire Gold Mine, situated in the Raffingora District.

The Eldorado and the Eyrshire mines influenced the growth of the town since it had become the centre of all activities.

The Eureka Mine, located about 36km north of Chininga Village, in Sipolilo (now Guruve), was discovered in February 1895 by Anthony Lehmair.

The Copper Queen Mine was established near the confluence of Sanyati and Mupfure rivers.

In 1908, George Hay Rattray pegged Hay Mine in Mazowe Valley close to Kimberley Reefs Mine.

Hay Mine was one of the high-grade mines in the Mazoe district.

The local settlement that developed was originally named after the Kimberley Reefs Mine, but around 1913, it was renamed Bindura.

Gold was produced in the Masvingo area in 1892.

By 1894, Zimbabwe was producing over 30 minerals and metals.

One of the ‘noble’ metals, gold, does not oxidise under ordinary conditions.

It is used in jewellery, electronics, aerospace and medicine.

According to the World Gold Council, in 2013, China was the world’s largest single consumer of gold and toppled India for the first time with Chinese consumption increasing by 32 percent in a year, while that of India only rose by 13 percent and world consumption rose by 21 percent.

Unlike India where gold is used for mainly for jewellery, China uses gold for manufacturing and retail.

By 2014, the gold jewellery industry was escalating despite a dip in gold prices.

Demand in the first quarter of 2014 pushed turnover to $23,7 billion according to a World Gold Council Report.

The biggest gold producers are China, Australia, the US and Russia.

As of 2013, China was the world’s leading gold-mining country, followed in order by Australia, the US, Russia and Peru.

South Africa, which had dominated world gold production for most of the 20th Century, had declined to sixth place.

Other major producers are Ghana, Burkina Faso, Mali, Indonesia and Uzbekistan, where the Muruntau Gold Mine, located about 402km west of the capital in Uzbekistan, is believed to have produced approximately 1 800 000 ounces (51 030 000g) of gold in 2010.

Zimbabwe is a significant producer of lithium, chrysotile asbestos and vermiculite.

In 2005 the mining industry contributed 4,5 percent to Zimbabwe’s GDP and employed an estimated five percent of the population.

While gold continued to be the main earning mineral, it no longer made up 50 percent of the total mining industry value.

Although industrial mining companies hold most of Zimbabwe’s gold exploration rights in Zimbabwe, the gold mining sector does not consist exclusively, or even mostly, of big business.  Artisanal miners, the men and women who mine on their own or in small groups using little or no machinery and small-scale mining, which involves slightly larger operations with some limited mechanisation, are currently producing the majority of Zimbabwe’s gold.

Although it is unclear whether artisanal or small-scale mining is the larger gold contributor, combined, artisanal and small-scale miners produced 63 percent of the reported gold production in 2019.

Currently about one-quarter of the world gold output is estimated to originate from artisanal or small-scale mining.

Artisanal gold miners play an important role in Zimbabwe’s economy with estimated 1,5 million people having turned to artisanal mining as a safety net amid the ever-challenging economy; and as COVID-19 persists and brings additional hardship and spurs urban-to-rural migration, this trend will likely continue.

The Government of Zimbabwe in recognising that mineral resources can bring profits through small operations, it has undertaken to develop this sub-segment of the mining industry as a mode for employment creation as well as for the social and financial strengthening of indigenous Zimbabweans, and unveiled a strategic roadmap to propel the country’s mining sector to US$12 billion industry by 2023.

The sector is one of the key industries expected to anchor the revival of the economy.

Thus, ‘the minerals of hope’, if strategically developed using latest technologies and also through beneficiation, Zimbabwe`s targeted US$12 billion mining industry will be key to the nation’s development and change the nation’s fortunes.

The question, however, is, will indigenous Africans ever reclaim, own and directly benefit from the large gold fields of their ancestors?

Dr Tony Monda holds a PhD., and a DBA (Doctorate in Business Administration) in Post-Colonial Heritage Studies. He is a gemology scholar and connoisseur. 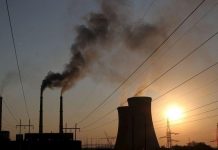 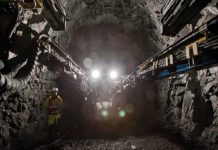 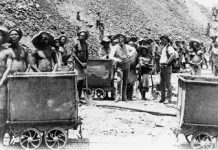