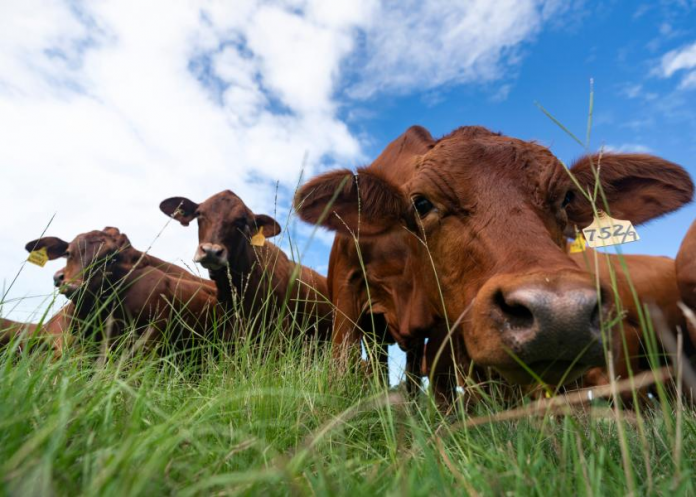 APPROXIMATELY 60 percent of the world’s agricultural land is grazing land, supporting about 360 million cattle and over 600 million sheep and goats.

The grazing of livestock is the only possible source of livelihood for an estimated 100 million people who live in arid areas and probably a similar number in other regions. The great advantage of grazing livestock is that they convert to a useful product resource which would otherwise be wasted.

According to the UN’s Food and Agriculture Organisation (FAO), arid rangelands are a dynamic and highly resilient ecosystem provided that the number of people and animals which the land supports remains in balance with their environment.

The ability to recover after drought is one of the main indicators of long-term environmental and social sustainability of arid grazing systems.

However, today, many of the world’s grazing areas, including in Zimbabwe, are threatened with overgrazing and degradation, especially in the rural communal areas of Zimbabwe and the semi-arid and sub-humid zones elsewhere in Africa.

As a result of population pressure and policies that favour cropping, much of the best pasture is being turned over to crops, to which it is not well suited.

When, after a few years, the land is exhausted and returned to fallow, it does not revert to good pasture.

It is only by herding animals between grazing lands that pastoralists make best use of the resources.

Furthermore, deforestation, since the 1950s, has resulted in 200 million hectares of forest and its associated biodiversity being lost, with livestock apparently being an important cause, especially in Latin America and Africa.

The causes are complex and are, however, often more the results of policy distortions than livestock production.

Elsewhere, current cattle production typically occurs on cleared pastures with only herbaceous plants, such as grasses, grown as food for the cows.

The effects on the local environment include the removal of trees and shrubs as well as the increased use of herbicides, all of which result in a dramatic decrease in biodiversity.

Additionally, there is also contamination of the soil and waterways by agricultural chemicals as well as carbon costs because of vehicles and artificial fertilisers necessary to maintain the pasture.

Currently, land use is governed by a growing population’s demand for food, with ranching being introduced after soil fertility is depleted by crops.

Intensification, through a combination of fiscal incentives such as land taxation and research and extension have been put forward as the main avenue to reduce deforestation.

Land ownership policies, which prevent livestock farmers from owning the land they use, can be very damaging. Farmers are naturally unwilling to improve land unless they are sure that they can reap the benefits.

Customary land use practices have been replaced by ‘free for all’ access to communal lands.

This has overturned what once was a highly regulated system that helped to ensure a sustainable balance between livestock and the environment.

But there is more than meets the eye where pastures for cattle grazing have to be established.

A new research from the University of Cambridge has identified what may be the future of sustainable livestock production.

Here, researches advocate the use of pastures with shrubs and trees as it is more sustainable, improves animal welfare, increases bio-diversity and provides good working conditions while enabling a profitable farming business.

Additionally, shrubs and trees with edible leaves and shoots, along with pasture plants, produce more food for animals per unit area of land than pasture plants alone.

An important consideration in drought-prone regions, such as Africa, including Zimbabwe.

Trees and shrubs have the added benefit of providing shade from hot sun and shelter from rain.

It also reduces stress in cattle that are naturally sensitive, by enabling the animals to hide from perceived danger.  The planting known as forage plants of both shrubs and trees whose leaves and small branches can be consumed by farmed animals can transform the prospects of obtaining sustainable animal production.

Professor Donald Broom, from the University of Cambridge, who led the research said: “Consumers are now demanding more sustainable and ethically sourced food, including production without negative impacts on animal welfare, the environment and the livelihood of poor producers. The systems address all of these concerns with the added benefit of increased production in the long-term.”

Planting of ‘fodder trees’, such as the plant chamaecytisus palmensis which is now widely used for cattle feed in Australia, has already been successful in several countries, including Colombia where a mixed planting of fodder shrub with a common pasture grass resulted in a 27 percent increase in dry matter for food and 64 percent increase of protein production.

When ruminants, such as cows, goats and sheep, are consuming the plants from this mixed fodder system, researchers have also seen an increase in growth and milk production.

Milk production was 4,13 kg per cow when compared to 3,5 kg per day on pasture-only systems.

One of the additional benefits of using the system is that it increases biodiversity.

Biodiversity is declining across the globe and the main culprit is farming – 33 percent of the total land surface of the world is used for livestock production.

If farmers were to switch to sustainable livestock production methods, the result would be much greater biodiversity with no increase in land use.

The next step is to get farmers to adopt this proven, sustainable model.”

Increasing the cost of rangeland grazing, although it may seem difficult to achieve, especially on communal lands, is essential.

This would encourage owners to sell their animals at a younger age than they would have been sold had it been possible to keep them for longer at little extra cost.

In a similar vein, charging realistic prices for water, feed and animal health services would also encourage a better and quicker turnover for rural cattle producers in Zimbabwe.