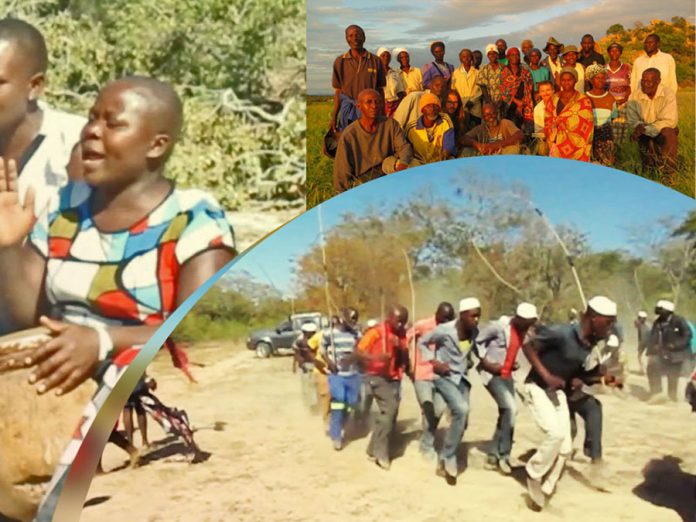 IN Zimbabwe, there is a peculiar group of Afro-Asiatic people called vaRemba.

This is because the Remba were renowned herbal healers and conducted surgical operations such as male circumcision.

With that said, the Remba are credited as being the first group in Southern Africa to practise circumcision and they consequently mentored other groups such as the Venda, Xhosa and Shangaan who now also have initiation ceremonies.

VaSoni was derived from sona, the Shona word for to ‘sew’.

The ancestors of the Remba were weavers and all the places they settled in from Sena in Yemen to Mapungubwe in South Africa and Masvingo in Zimbabwe recorded archaeological findings of weaving-jennies.

Black, white, green, yellow and gold beads were likewise found in and around the above stated places.

VaShavi was derived from shava, the Shona word for trade. The ancestors of the Remba were renowned tradesmen, so much so that even the land that they came from was called Shava or Saba and Sheba in English, which is modern day Yemen.

VaShavi is, therefore, a double entendre for Sabaeans and tradesmen.

VaMwenye was derived from a Portuguese word monhe. Monhe was a derogatory name for black Arabians and literally meant sand niggers.

The name murungu predates the coming of whites to the region. In chiShona, murungu means master, boss or lord (leader) while in Malawi, Mulungu means God.

The whites introduced a new civilisation with their coming and that is why they too were referred to as varungu/vazungu, not because of their pale skin.

VaSena was derived from an ancient Yemenite city called Sena.

It is not to be confused with Sanaa, the contemporary capital city of Yemen, for it was located further east between the trade harbours of Tarim and Sayhut.

After crossing over to Mazambuko from Yemen, the names Sena and Shava were used in many of the places Remba ancestors trekked through.

For example, there was a city called Sena established in Mozambique and a river named Sabia.

VaNyai was a title that was used by the Zimbabweans in reference to the Remba in the same period that the Portuguese called them monhe (vaMwenye) and presented them in their records as Moors.

The Remba had a renowned priesthood and were consequently the advisors of the Mutapa court at Great Zimbabwe.

Evidently, much of Remba history can be unlocked from their many titles.

It is important to note that what made, and continues to make, the Remba a peculiar people in Southern Africa and Zimbabwe is not that they were of a foreign racial type, but rather a foreign culture.

This series is going to focus on some traits of Remba culture that I feel should be known to every one of their neighbours. This is necessary in order for mutual understanding to occur and, with it, sound co-existence between Remba and non- Remba people.

The first aspect we shall look at is the term vaShenji, for it is the name the Remba use for gentile.

The word gentile simply means one who is not born of the House of Israel.

The word muShenji, in its pure sense, is not meant to be derogatory.

It signifies a people who the standard and law of the Remba does not apply to by virtue of them not having paternal ancestry in the Remba.

The use and existence of this term has been viewed as evidence that the Remba may, in fact, be descendants of Israel, because why else would a word for gentile exist in their vocabulary, unless they were Israelites themselves.

Before the advent of Islam, the Sabaeans called the Arabians zenj, the Arabic word for shenji, because they were idol worshippers and they were not born to their group. But post-Islam, the Muslim Arabs proclaimed that they were no longer zenj for they now followed the law and standard of Allah (God).

They went to the extent of trying to convert the Sabaeans into Muslims and this was a factor which caused the ancestors of the Remba to move and settle in Africa permanently.

This they did in an attempt to preserve their culture and minimise chances of dilution.

They would thus regard their new neighbours, the Bantu, to be zenj or vaShenji as is the case today. Some assume to be called zenj is a form of insult but, in its pure form and context, this is not so.

The Remba typically marry vaShenji women and have vaShenji mothers, yet their seed are Remba.

So the word muShenji may be just as prevalent and applicable as the word muRemba in day-to-day life.

For example, when a non-Remba mother excludes her son from receiving a slice of her pizza because it has pork in it, she may jokingly say; “Ichi hachisi chevaRemba” meaning “This is not for the Remba” and the son may reply: “Inga henyu vaShenji”, meaning “I envy you gentiles”.

Or when a Remba army approaches a group that is not conforming to their law and wishes to punish them, one may inquire and say ‘vaShenji’ meaning ‘they are gentiles’, and this will disarm them for they will be now aware that the group meant no disrespect.

On the other hand, if the group is found to be Remba and is deliberately not conforming to the law, they will suffer whipping and fining.

When the Remba have their public ceremonies, they always make room to accommodate vaShenji. These will not be allowed to approach certain places that only the initiated Remba can access.

Even Remba people who were not initiated are not allowed to access these places and, in turn, they sit in the section reserved for vaShenji.

I must, however, highlight a period in Zimbabwean history when the titles vaRemba and vaShenji both succumbed to vilification. When the Swedish whites entered Mberengwa, they introduced Lutheran missionary schools like Chegato.

When they found the Remba not willing to part with their culture and receive baptism, they forbade them from entering their schools.

This ban ensued until 1959 and, throughout that period, Remba-Shenji relations soured. The missionaries taught the non-Remba a saying that goes ‘VaRemba varoyi’ meaning ‘The Remba are witches’.

The Remba also began expressing disgust towards gentile habits like eating rodents and swine and being uncircumcised.

It was a failed attempt by the missionaries to divide and conquer and, thankfully, Remba-Shenji relations have since mended.