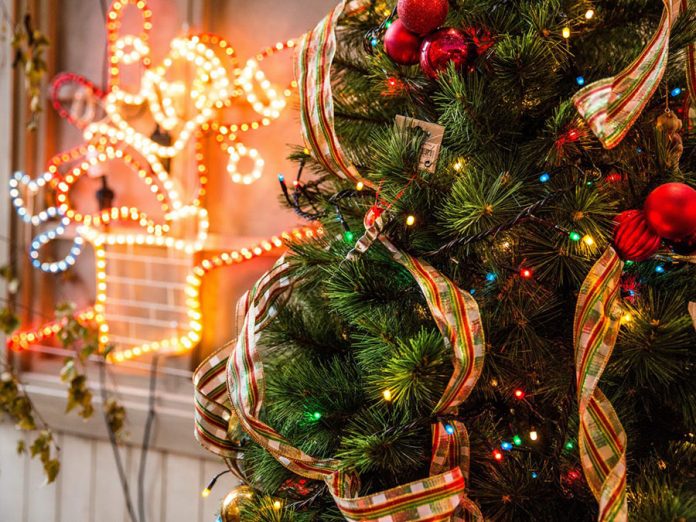 CHRISTMAS is largely regarded as the most important day of the year by many African countries, particularly former European colonies.

New Year’s Day, which comes less than a week after Christmas Day, is given just as much importance and, jointly, this period, which falls around December 25 and  January 1, is called the festive season.

This period is so revered that school and work holidays are set to fall before they take place.

Salary bonuses are often held back until this period.

The excitement and activities that take place inevitably lead to high traffic accidents.

Con artistes also take advantage of the willingness of people to overspend.

Thieves and robbers also go on the prowl.

Consequently, the crime and death rates go up almost on an annual basis in this controversial period.

To the African, this negative consequence of merrymaking is a bad sign.

If something bad happens after performing a ritual or ceremony, it means the ceremony has been frowned upon by God and the ancestors.

But what could be so wrong about Africans celebrating Christmas and New Year’s Day?

We shall find out in this article.

Christmas is a term derived from the words Christ’s mass. But in reality, the date and activities performed on the day in question have nothing to do with Christ and everything to do with Greco Roman culture.

The Greeks and the Romans were the colonisers of Christ’s people, the Judeans.

They imposed their culture on their colonies and this led to the formation of Hellenic Judaism which Christ fought against in the period of his existence.

One of the Hellenic and Roman practices that was imposed on the Judeans was the celebration of the winter solstice because it marked the beginning of the return of the sun, which was worshipped by the Greeks and Romans.

The winter solstice would fall in December and a week-long holiday would ensue from around the 18th to the 25th of the month.

This festivity was called ‘Saturnalia’.

The most important day of this week of merrymaking was the last one.

Romans would drink heavily and husbands would spend days without returning to their wives.

The day after this one was often marked by hangovers and gift giving.

The gift sharing would help ease the tension within families because acts like promiscuity, domestic abuse and so on would have taken on the days preceding.

The parallels with Christmas celebrations are striking.

The Roman Catholic Church was the vehicle that the Romans used to merge their beliefs and culture with Christianity which the Romans fought against from the time of Christ to the time of Emperor Constantine over three centuries later.

Among these beliefs was the trinity doctrine which retained some form of polytheism within this supposedly monotheistic religion.

Another Roman trait was the wor-

ship of goddesses which they continued through the subliminal and occasionally explicit worship of Mary.

There was also the worship of Ishtar or Ashtoreth, the goddess of fertility, which was practised since the time of Nimrod.

In Constantine’s time, the trinity doctrine and the celebration of Easter, as opposed to the Hebrew Passover festival, were enacted and cunningly made a part of Christian religion.

The following of Saturnalia among

of its indecency and decadence.

An official ruling was then made that Saturnalia would be banned and, in its place, the victory of the Christian masses over this foul holiday would be celebrated.

In its conception, Christmas had nothing to do with Christ’s birthday because he was not born in winter, but possibly shortly before the Passover period which falls around March.

However, with time, the holiday became associated with Christ’s birth and other feats like Santa Claus and tree decorations.

Santa Claus, a stocky bearded whiteman from the North Pole, clearly has no connection to Christ whatsoever, yet it is he, not Christ who is called Father Christmas.

The tree decoration culture has its roots grounded in Assyrian pageantry.

Prophet Jeremiah wrote in the 10th chapter of his book about how God was angry at people who would cut down trees, place them in their houses, fasten them so they would stand firm, decorate them and place gifts under them.

Millenniums later, this practice has found its way into the modern era solely through Christmas tradition.

As for New Year’s Day, each point on earth has a time when the seasons and moon cycles announce the beginning of

The year begins with spring, peaks in summer, starts to end in autumn and closes off with winter.

The first moon that appears after the expiry of winter, which we call Nyamavhuvhu in Zimbabwe and is associated with winds of seasonal change, marks the first month of the year.

The Israelites called this period Rosh Hashanah, meaning ‘the head of the year’ and Moses chose to let their new year fall in line with that of Africa as opposed to the northern hemisphere.

This was probably influenced by his stay in Egypt and also Ethiopia for the greater part of his life.

So, if Hebrew people, like Moses and Christ, followed the above criterion to determine the year beginnings, why do Christians and other African groups celebrate New Year’s Day on January 1?

In conclusion, it is the Greco Roman origins, the age old pagan rituals and indecent behaviour of people during Christmas that may be disliked by God and the ancestors, so much so that crime, death and destituteness peaks during the Christmas period.

With New Year’s Day, it may be a case of ignorance and senselessness associated with celebrating the year’s beginnings long after the actual time is past.

The foreign nature of both festivities is reason enough to warrant the higher forces not to condone them.

Indigenous festivities like rain-asking, grave visiting, offerings and initiation ceremonies must be prioritised by every Zimbabwean as opposed to Christmas and New Year’s Day.

The period for most of these festivities falls between August and November and the public holidays ought to be set for this time period.

Our ancestors treasured these festivities and observed them since time immemorial.

The act of abandoning them for foreign festivities is reason enough for our God, Mwari, to remove the hedge of peace and safety whenever Christmas and New Year’s Day are celebrated.