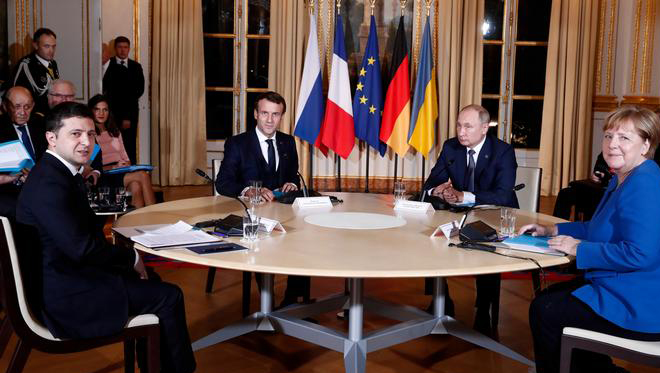 IN June 2008, the US and the UK almost succeeded in getting the UN Security Council to impose sanctions on Zimbabwe under the pretext that Zimbabwe had become a threat to international peace and security simply because  the outcome of the elections that had been held  did not produce a result favourable to them and their allies.

Only China and Russia vetoed this draft resolution, along with nations like South Africa, Vietnam and Libya who voted ‘no’ yet they had no veto powers.

This UN resolution would have imposed an arms embargo, travel ban and financial freeze on former President Robert Mugabe and several senior Government and security officials.

All this was added to the US’ ZDERA sanctions and negative Western media propaganda that impoverished and isolated Zimbabwe.

This year, on March 2, a UN 193-member assembly convened its first emergency session since 1997.

This time, the Biden administration and her allies were trying to get an overwhelming vote against Russia owing to the anti-Russia propaganda they have aired since the beginning of the Russia-Ukraine war.

To the US’ surprise, as many as 35 nations refused to vote, among them Zimbabwe and China.

Zimbabwe clearly sympathises with Russia as it recognises the threat that Ukraine poses by affiliating with NATO and the EU.

The US and its propaganda machine is actively demonising Russia by showing graphic footage of the people and places that the Russians attack.

This is not done where US forces are fighting in places like Afghanistan and Iraq because they fear that public support will reduce in light of the atrocities they commit or suffer in the lands they militarily occupy.

This once happened in Vietnam as well as Somalia and, in both cases, the US was forced to withdraw its troops.

The US is thus trying to put the same pressure on Russia and make it lose public support, beginning with that of UN member-states.

If all nations had voted for the resolution to reprimand Russia, it would have been easier to achieve this goal, but because many nations refused to vote and others actually voted in support of Russia, their goal ultimately failed, although the ceremonial resolution was passed.

What the US is failing to realise is that, unlike Russia, they held no claim to the lands they once occupied militarily, namely Vietnam, Iraq and Afghanistan.

They were invaders in every sense of the word and were in search of natural resources like oil. On the contrary, Russia has a well-known historical, geographical and ethnic connection with Ukraine.

Ukraine is essentially an autonomous region of Russia just like Hong Kong is to China. To understand this, we will have to look at the history that ties these two nations together.

Firstly, we are dealing with one people with a common language which differs only in dialect. This region was prone to military attacks since the time of Genghis Khan, the Mongol, who invaded their land in the 11th Century CE.

Russia was also attacked by Poland in the 1500s and Napoleon’s troops in the 1700s.

The pan-European wars that are known as world wars both affected the eastern European region so much so that a popular resolution was made to create buffer States around Russia and this gave rise to the conception of the Soviet Union.

One of these buffer States was Ukraine.

The Soviet Union managed to unify the eastern European nations but was marked for destruction by the US and her allies who viewed it as a threat to capitalism and a hindrance to the expansion of their territory and influence in foreign lands.

Since then, the US and other Western nations tried all they could to fight the Soviet Union. For decades, a cold war ensued, with each side striving to gain support from foreign nations so as to show their imperial prowess.

Throughout the 1970s and 1980s, Africa and Asia became contested sphere of the two groups. Nations were also split, particularly in places like Korea, with the north aligning itself to Russia and China and the south to the US and the UK.

In Africa, leaders were forced to choose between being pro-Western or pro-Eastern as opposed to simply being pro-African.

In Zimbabwe, while the West supported the colonial forces, the Soviet Union supported ZAPU and its military wing ZIPRA, and it did likewise with many other African liberation movements that were fighting against colonisation.

In 1990, the Soviet Union finally decided to disband but only under certain key conditions. These were that the former members of the Soviet Union would not be permitted to join the European Union and the North Atlantic Treaty Organisation.

This was stated in the Minsk Agreement which was effectively violated by Ukraine when it sought to join both the EU and NATO.

In light of the fact that the Soviet Union was formed to protect nations like Russia from military attacks, certainly having a NATO and EU member in the region will make such threats ever so imminent.

Thus, there is justification in taking over Ukraine and putting it back in line in order to stop history from repeating itself and Russia again finding itself at the losing end.

Zimbabwe was once faced with a similar situation which also made us go to war. During the Lancaster House Conference that eventually led to the resolution to grant Zimbabwe her independence, a willing-buyer, willing-seller arrangement was agreed upon as a measure of rectifying the wealth and land ownership imbalances between whites and blacks.

The UK was to provide any white farmer who was forced to sell his land back to the blacks with compensation or to provide funds that would enable blacks to reacquire their land through purchasing it.

However, after independence was granted, the whites were unwilling to sell the land back to the blacks from whow they had grabbed it.

Amid pressure from war veterans for the Government to act because it was land that they fought for above all else, yet it remained in the firm grip of the former colonisers and their descendants, former President Robert Mugabe tried to appeal to Tony Blair’s government.

The UK government mocked him and reneged on its responsibility for compensating farmers who would have returned land to blacks.

This violated a key close of the Lancaster House talks and, as a result, Zimbabweans started the war for land which was backed by Government under the Fast Track Land Reform Programme.

When an agreement is made void through violation, the actions of the party which has been victimised against the one who breaches the contract are justified.

With that said, Russia’s security concerns are understandable and the measures it has taken are necessary.

Ukraine’s President must be condemned for taking his pro-Western sentiments so far as allowing the situation to deteriorate into warfare, as opposed to yielding to Russia’s contractual demands in order to prevent the loss of life and infrastructure.